The term “synergy” has gained a reputation as an overused buzzword, but it has a quantifiable definition in pharmacology. Two drugs are considered synergistic if their effectiveness when used together is greater than the sum of their effects alone. That is, a drug that is synergistic with another doesn’t just perform a beneficial function itself but makes the second drug perform its function better. Researchers at Thomas Jefferson University studying combinations of drugs against HIV have discovered why some drugs sometimes act synergistically but sometimes do not. The paper describing their research was published in the Journal of Biological Chemistry.

Second-line HIV drugs, used after first-line treatments have failed, target several steps in the process by which the virus enters human T cells. Because of the particular steps and proteins they target, two types of these drugs, called co-receptor antagonists and fusion inhibitors, are expected to be synergistic. But multiple previous studies have yielded contradictory results: sometimes these drug classes were indeed strongly synergistic, but sometimes they displayed no synergy at all.

Co-receptor antagonists like maraviroc (marketed under the brand name Selzentry) bind to receptors on host cells known as co-receptors. Fusion inhibitors like enfuvirtide (marketed as Fuzeon) bind to a viral protein called gp41 when it’s in a particular transitional phase. To understand why these drugs don’t always synergize as expected — and to gain a better understanding of the steps of the HIV infection process — associate professor of biochemistry and molecular biology Michael Root and his then-graduate student Koree Ahn applied various doses of maraviroc and enfuvirtide to cells and viruses with slightly different genetic sequences.

“We found that many different factors are important for (determining) whether there’s a synergistic interaction between these two classes of inhibitors or not,” Ahn said.

This finding implies that when virus proteins evolve to avoid binding drugs, it doesn’t affect only the efficacy of the drug in question; it also affects how much its effects are boosted by other drugs. This is bad news for patients, because adding synergistic drugs to a treatment regimen is thought to be a way to combat loss of drug efficacy.

The second factor affecting synergy was the density of co-receptors on host cells, which can vary significantly among patients. “Some (patients) might have very high levels of (co-receptors) on their T-lymphocytes, and those patients would see robust synergy between these two classes of drugs,” Root said. “Another individual might have lower levels of co-receptors on the cell surface, and therefore not have as robust synergy, or none at all.”

Together, these results suggest that variations in viruses and in patients need to be considered when predicting the efficacy of drug combinations, including newly developed co-receptor antagonists and fusion inhibitors. The paper by Ahn and Root suggests mathematical models for doing just that.

“You need to use these (drugs) with care,” Root said. “Drug resistance can emerge with either one, and when resistance emerges you lose that extra benefit of synergy.”

How an oral antiviral drug confuses the replication machinery of SARS-CoV-2
Gillian Rutherford
From the journals: JBC
Anand Rao
Partial agonist drug design for cannabinoid receptors
Justin Lovett
Researchers decipher critical features of a protein behind ALS
Tomer Velmer
How a virus can affect memory: The role of HIV in HAND
Nicole Lynn
A mechanism for remdesivir activity and a platform to test other antivirals
Laurel Oldach 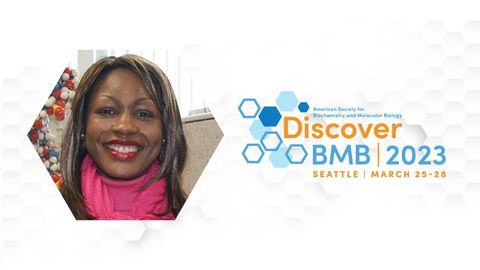