Diversity is at the core of the National Institutes of Health's All of Us Research Program.

The program aims to gather medical records, survey responses and DNA samples from one million or more individuals of different races, ethnicities, ages and geographic regions. Researchers will be able to use this large body of data to identify how biological, lifestyle and environmental factors impact human health. 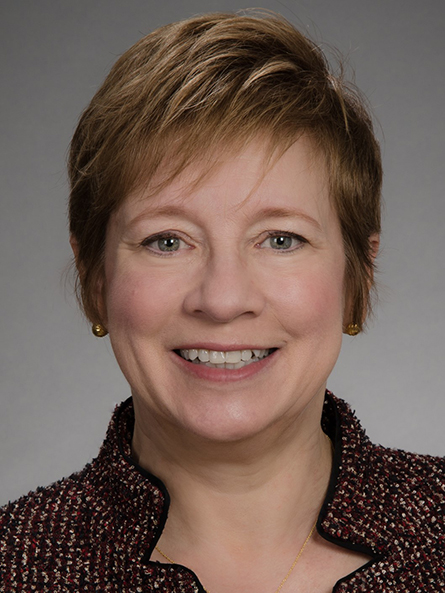 All of Us began through the formation of a precision medicine working group in 2015. After a period of infrastructure development and testing, the program opened enrollment across the United States in 2018. Since then, more than 270,000 participants have provided biosamples —such as blood, urine and saliva — carrying genetic information.

Gail Jarvik, a medical geneticist at the University of Washington, is a coleader of the Northwest Genomics Center, one of the three All of Us genome centers. She and her colleagues Deborah Nickerson and Evan Eichler are spearheading efforts to sequence participants' samples and return information about their DNA. The other two All of Us genome centers are partnerships led by Baylor College of Medicine and the Broad Institute.

All of Us "has had a focus from the start on enrollment of diverse populations," Jarvik said, "with the recognition that those populations are underserved in medicine, and in particular, in genomics."

Genetic data, such as whether an individual has a specific version of a gene, can provide valuable insight into a person's health. Certain versions of the BRCA1 and BRACA2 genes, for example, can indicate people with a higher risk of developing certain cancers, such as breast and ovarian cancer. Polygenic risk scores go a step further, combining details about multiple genes to predict the risk of an individual developing a disease. These scores, however, have generally been developed based on populations of European ancestry, Jarvik said. 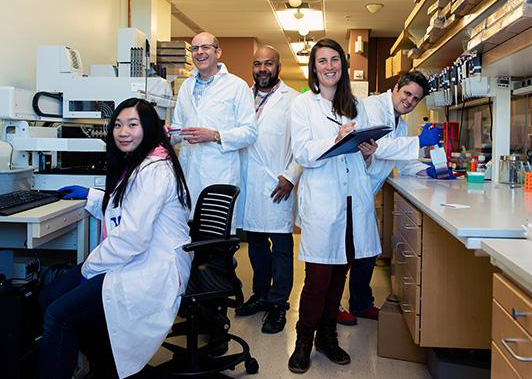 Marcus Annable
Among the early researchers on the All of Us project at Northwest Genomics Center were, left to right,
Ashley Kang, Jeff Weiss, Marcus Annable, Alison Schiele and Matt Richardson.

The larger, more diverse data set being developed through All of Us could be used to make new and improved predictions of health risks for people of other ancestry groups. For example, there may be versions of genes more common in people of non-European ancestry that haven't been studied yet. Additionally, by including electronic medical records and information about lifestyle factors, the new data set will help researchers better understand health outcomes for people of many different backgrounds.

Anastasia Wise is the NIH program officer for the Genetic Counseling Resource with the All of Us Research Program.

"We're really trying to reflect the diversity of the United States," Wise said. So far, more than 80% of the contributed biosamples are from members of underrepresented communities. In addition to racial and ethnic minorities, this includes individuals from other groups that typically haven't been part of research, such as sexual and gender minorities and members of low-income households.

The All of Us Research Program encourages inclusion in a number of ways, including the use of imagery that reflects diverse communities and preparation of information in multiple languages. The program also has national community engagement partners that increase public awareness and encourage participation by members of underrepresented groups. One of these organizations is the Delta Research and Educational Foundation. Based in Washington, D.C., the DREF promotes research on issues affecting African American women and their families. 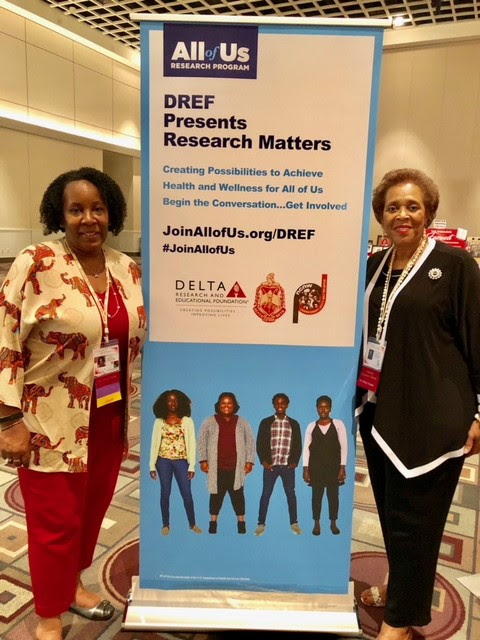 DREF
DREF President Carolyn E. Lewis and volunteer Pamela Davis share information about All of Us at at a regional conference.

"The All of Us Research Program offers a vital opportunity to increase the number of African American participants in biomedical research and lead a path towards closing the health disparity gap," DREF President Carolyn Lewis stated in a press release.

Regina Locust, the DREF Research Matters program manager, has planned and presented events that engage with African Americans and inform them about science research. Initially, these events were in-person and of all sizes, from book clubs and fellowship groups to the Essence Festival and national conventions. The COVID-19 pandemic has forced a shift to a virtual format.

"When we interact with minority communities, we engage in everyday conversations," Locust said, without unfamiliar acronyms or complicated terminology. These conversations then can lead to dialogue about precision medicine and the All of Us Research Program. For example, talking about depression can lead to a discussion about how lifestyle, behavior and environmental factors affect an individual's health. "That's how we then tie in the importance of understanding and participating in research," Locust said.

In addition to providing valuable data for research purposes, participants can decide if they want to receive details about their genetic ancestry and traits. In November, All of Us began returning genetic results to participants. 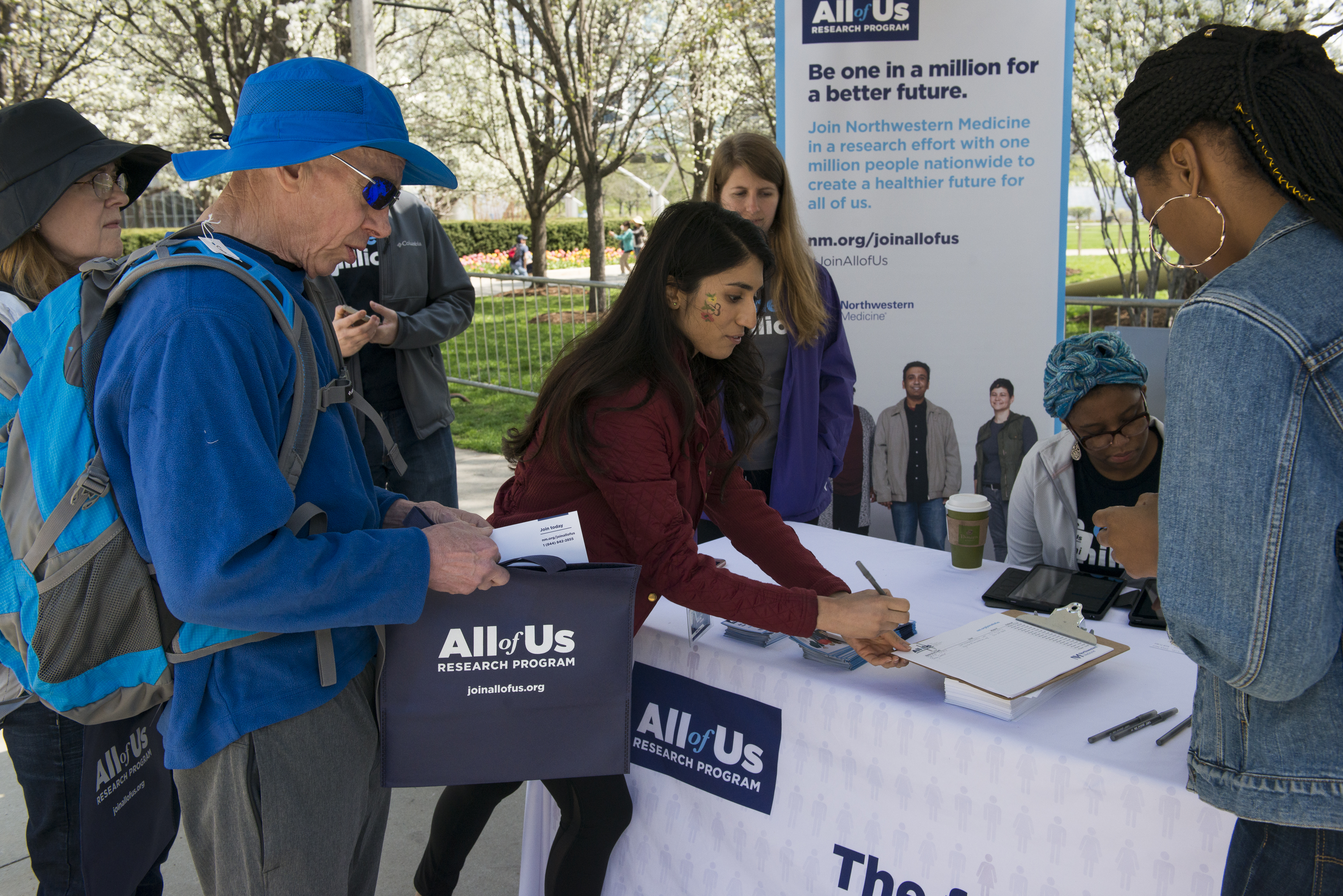 NIH
Community members in Chicago come together to raise awareness about the All of Us Research Program.