ASBMB Today Science How to catch a HIF
Journal News

How to catch a HIF

Every animal cell needs molecular oxygen to survive and do its job. Because skin, tissues and organs block most oxygen diffusion directly from the air, molecular oxygen concentrations inside the body often are less than 5%, much lower than the 21% in Earth’s atmosphere.

As multicellular organisms evolved, this steep oxygen gradient necessitated the development biochemical mechanisms that monitor and control oxygen levels in the body. 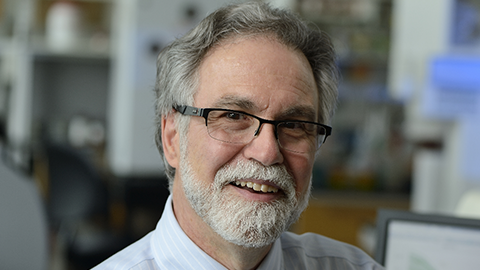 JOHNS HOPKINS UNIVERSITY
Gregg Semenza and his lab at the Johns Hopkins University School of Medicine purified and biochemically characterized HIF-1 in the mid-1990s, a milestone in uncovering its pivotal role in oxygen sensing.

A major player in sensing potentially harmful drops in cellular oxygen concentrations, or hypoxia, is the transcription factor hypoxia-inducible factor 1. HIF-1 and its close relative HIF-2 regulate many genes, including the erythropoietin, or EPO, gene, which encodes a hormone that stimulates production of red blood cells.

Gregg Semenza and his lab at the Johns Hopkins University School of Medicine purified and biochemically characterized HIF-1 in the mid-1990s, a milestone in uncovering its pivotal role in oxygen sensing and part of the work that earned Semenza a 2019 Nobel Prize. The two Journal of Biological Chemistry papers reporting that early work are recognized as Classics.

“JBC was the first choice,” Semenza said of the decision where to publish the first paper, “to me, that was a classic JBC paper.”

A few years before identifying HIF-1, Semenza’s team had found that hypoxia induces the binding of a protein to an enhancer of the EPO gene. Although the researchers could pinpoint the DNA region that is bound by the hypoxia-induced protein, the protein’s identity was unknown, prompting Semenza to look for it.

Semenza’s team first had to cross some unexpectedly rough waters. “We used an expression cloning strategy,” he said. The researchers expressed human proteins from cDNAs in bacteriophages and used the HIF-binding oligonucleotide to find proteins binding to it. “We screened millions and millions of clones and got nothing.”

Semenza and his team were undeterred. “We could give up and let someone else do it — but that didn’t sound like a good idea,” he said. 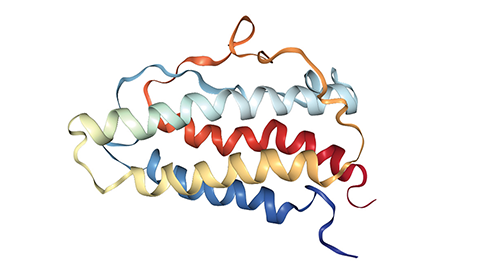 They changed tack, embarking on a biochemical purification that involved growing HeLa cells in large cultures, exposing them to hypoxia, preparing protein extracts from them and purifying HIF-1 via chromatography.

The purification yielded enough protein of the two HIF-1 subunits for amino acid microsequencing that gave short protein sequences the researchers could use to identify the full-length sequences of the HIF-1 subunits.

These sequences showed that both HIF-1 subunits belong to a group of transcription factors containing a motif required for dimerization and DNA binding and a domain for interactions with other proteins.

The HIF-1 beta sequence was identical to that of a previously identified protein, aryl hydrocarbon receptor nuclear translocator, known as ARNT, a subunit of the dioxin receptor, which senses dioxins and other toxic chemicals. However, the HIF-1 alpha sequence was unknown previously and only partially similar to single-minded homolog, a transcription factor in Drosophila.

The second Classics paper helped define the regions in the two HIF-1 subunits required for their dimerization, DNA binding and activation of transcription of hypoxia-induced genes.

What might look now like a series of straightforward steps of purifying and sequencing a protein was an exercise in continual improvisation.

“My lab was a molecular genetics laboratory,” Semenza said. “We didn’t even own a fraction collector.”
Luckily for Semenza, the lab of another Johns Hopkins researcher, Thomas Kelly, was just across the street.

“Tom was one of the first people to purify a protein based on its binding to DNA,” Semenza said. “We couldn’t have (isolated HIF-1) without the help from Tom Kelly’s lab.”

The biochemical characterization of HIF-1 threw open the doors to many additional studies from Semenza’s group and other labs.

These investigations showed that the specific HIF-1 binding site is ubiquitous in the human genome. This hinted at HIF-1’s role as the hub of metabolic regulation in response to oxygen.

The HIF-1-regulated genes encode proteins in many metabolic processes, including glycolysis, angiogenesis and wound healing. They also are upregulated when people move from lower to higher altitudes, and they are hyperactive in some diseases, most notably cancer. HIF-mediated signaling is now a therapeutic target to combat cancer and manage disorders such as altitude sickness.

Limiting oxygen levels inhibits the PHD proteins, increasing the fraction of HIF-1 alpha that’s not hydroxylated. This stabilizes the HIF-1 protein, causing its accumulation and leading to the activation of its target genes.

“It is a really beautiful system,” Semenza said.

In addition to the 2019 Nobel Prize in physiology or medicine, which he shared with two other physician–scientists, William Kaelin Jr. and Peter Ratcliffe, Semenza received the Albert Lasker Award for Basic Medical Research in 2016 for his work on the role of HIF-1 in oxygen sensing.