James Burke is an advocate for healthy work–life balance, and with good reason. Unlike most of his peers, Burke became a father while he was in grad school. Thanks to a progressive mentor and a supportive work environment, he was able to balance his doctoral research and family commitments effectively. 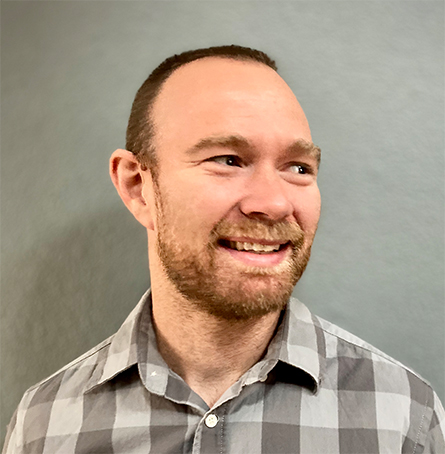 "I joined Christopher Sullivan's lab and began researching microRNAs encoded by viruses," Burke said. "I became extremely fascinated by how RNA is regulated during the innate immune response to viral infection."

Burke's doctoral research led to what he described as "exciting and unexpected findings" in RNA biology. Eager to probe more into unanswered questions, particularly in RNA metabolism, he joined Roy Parker's lab for his postdoc in 2017.

"The University of Colorado, Boulder has some of the best researchers and facilities for basic RNA biology research," he said. "I can't talk enough about great collaborations I have been a part of."

Burke aspires to an academic research position and is enthusiastic about exploring the uncharted frontiers of RNA biology during the mammalian antiviral response.

He is also an avid guitar player. And after spending most of his life in his native Texas, he now loves living in Colorado. He and his family enjoy mountain biking, hiking and rock climbing in the wondrous Colorado outdoors.

With his experience of juggling Ph.D. research and parenthood, Burke believes more mentors should promote a healthy work–life balance for their trainees.

"My undergraduate advisor once told me 'Don't put off life for science. Just live life and do science,'" he said. "These simple words have been and will always be my guiding philosophy."

Newfound granules might play a role in RNA turnover

Stress granules are aggregates of proteins and RNAs that form during cellular stress or innate immune system activation.

While studying how innate factors could modulate stress granule formation, James Burke noticed several previously unreported granules within cells. He and his colleagues in Roy Parker's lab at the University of Colorado, Boulder, wrote in a paper in the Journal of Biological Chemistry about finding that these granules, termed RNase L–dependent bodies, or RLBs, are distinct from conventional stress granules in terms on their synthesis, composition and interactions.

These RLBs interact extensively with complexes that are responsible for RNA formation and decay. In upcoming experiments, the researchers will address whether the RLB association makes the RNA turnover process more efficient or has differential effects on RNAs. Burke and his colleagues also hope to learn how viral infections might alter the formation and role of the RLBs.