All creatures communicate through odor; the ability to smell informs such environmental cues as detecting food or evading danger. Research by Ayumi Nagashima–Kasahara demonstrates that like most animals, plants also detect and respond to odorants known as volatile organic compounds, or VOCs. 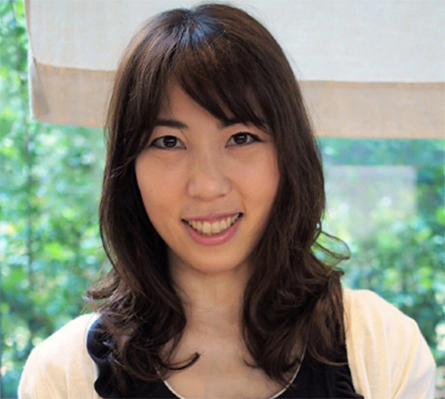 Nagashima–Kasahara had a unique introduction to plant science — performing research under the guidance of her high school biology teacher. "We studied seed dispersal, which for ants is driven by odorants given off by elaiosomes, which are rich in lipids and proteins," she said. "Normally, ants go straight to the elaiosome, but one day, they didn't. … The results were surprising, that ants may select efficient prey by smell."

This experience motivated her to pursue a research career. As an undergraduate at the University of Tokyo in Kazushige Touhara's lab, she studied the fate of odorants in olfactory mucus before they bind to receptors, and she later studied molecular mechanisms of plant odor perception as a grad student and postdoc. She received the 2020 JBC Herbert Tabor Early Career Investigator Award for her contributions as first author on a paper published in the Journal of Biological Chemistry. Due to maternity leave, her talk was postponed to 2021.

Outside the lab, Nagashima–Kasahara spends time with her husband and two children, ages one and five. "My children are my pride and joy," she said, "but they're little, so they don't really understand my job."

She tries to help them understand with science- and health-focused picture books and comic books called manga. In one book, the main character is a white blood cell battling pathogens; in another comic, astronauts perform crystallography in space for new ALS treatments for.

Nagashima–Kasahara is interested in science, art and education and especially loves engaging with budding scientists. "Some students can't get the opportunities I did, or have good science education," she said. "I want to pay it forward and help the next generation."

She hopes one day to make her own science illustrated books or manga for young children.

Many animals gather information from their environment via volatile organic compounds, or VOCs. When plants are exposed to these odorants, their stress-related genes increase, helping them prepare for environmental changes; similarly, VOCs help parasitic plants identify suitable hosts. Until recently, researchers did not know how plants sense and convert the information from VOCs to signal genetic change.

Using TOPLESS-like proteins, or TPLs — genetic elements that repress gene expression — in tobacco, Ayumi Nagashima–Kasahara and colleagues in the Touhara lab at the University of Tokyo found that in plants, TPLs not only bind to VOCs but also act as transcriptional co-repressors, a process reminiscent of the steroid hormone recognition used by mammals to regulate gene expression.

"Some people can grow plants, others can't," Nagashima–Kasahara said. "Having 'green fingers' may mean finding out odorants your plants prefer."

This work suggests plants evolved to use transcriptional regulator proteins for odor detection, unlike animals, which use proteins in their cell membranes.

Nagashima–Kasahara continues her work on plant olfaction, hoping to identify the mechanisms and pathways involved in plant responses to VOCs. Further research could have applications in agriculture as a potential alternative to pesticides.