Duncan Kountz became interested in microbial biochemistry through a seemingly standard source: a textbook. But this wasn't a textbook assigned for class or research — he chose it himself because it seemed interesting, a habit he started in high school. 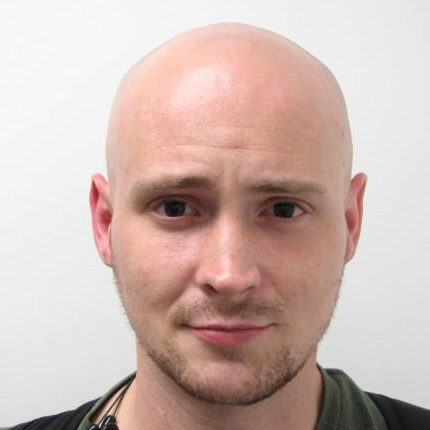 "Textbooks help me expand what I'm exposed to," Kountz said, "and I find them perfectly tolerable as long as they're on a subject I'm interested in."

The habit helped him prepare for a career in science, which he knew he wanted to pursue from the time he was in high school. Following a family legacy, he attended Ohio State University and sought research opportunities. He started out in a developmental biology lab, but that textbook, "The Physiology and Biochemistry of Prokaryotes," inspired a move to microbial metabolism. He contacted Joseph Krzycki, an OSU researcher in the field, and joined Krzycki's lab as a sophomore.

"Complexity and diversity really interest me, and I found that in microbial physiology, those are both on display," Kountz said. "Microbes may seem like they're a simple system, but they're also amenable to detailed work."

The Krzycki lab was finishing a project on an enzyme belonging to a superfamily of methyltransferases, and Kountz wanted to investigate similar enzymes in the context of the gut microbiome. He observed that a particular gut bacterium, Eubacterium limosum, encoded many of these enzymes and could utilize several unusual molecules for its growth. He focused on one in particular, carnitine, and tracked down the enzymes responsible for its metabolism.

His research shows how microbial metabolism can affect both microbial prosperity and the health of the human host, as carnitine metabolism can produce toxic byproducts. Kountz was excited about the findings, in part for this potential real-world applicability.

"I think we are really at the dawn of using microbes to solve problems," he said. "I'm excited about the idea of engineering or finding new microbes with interesting properties that we can exploit to make human life better."

Gut bacteria can produce harmful compounds as a byproduct of their normal metabolism. Carnitine, a quaternary amine found abundantly in red meat, can lead to production of a toxin precursor called trimethylamine, or TMA, during digestion. TMA is converted in the liver to TMA oxide, a marker of cardiovascular disease.

Seeking to identify the enzymes involved in this metabolic transformation, Kountz noticed that E. limosum encoded many enzymes in the MttB superfamily. MttB proteins are involved in methyl transfer reactions.

Kountz characterized the enzymes involved in this pathway and identified a methyltransferase, MtcB, that demethylates carnitine and shuttles the product into pathways responsible for energy utilization and biogenesis.

The study highlights how metabolic activities in gut microbia may promote health by preventing production of toxin precursors.