Disrupting a channel to regulate depression

Major depressive disorder, or MDD, affects 17% of adults in the U.S. Even with treatment, many patients experience refractory symptoms and may experiment with multiple medications to find a pharmacotherapy that works. Even effective therapies can be hindered by side effects such as changes in weight and sleeping habits.

Nearly all existing antidepressants target neurotransmitters such as serotonin. However, a recent breakthrough in a Vanderbilt University Medical Center lab regulates protein–protein interactions in the brain and could offer one new path to treatment. 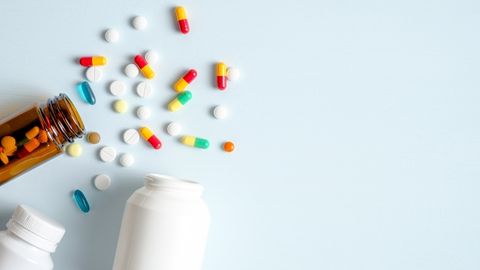 Dane Chetkovich’s lab has long been interested in MDD and how it can be treated by targeting ion channels in the hippocampus. Ye Han, a research associate professor in the lab, and colleagues recently published a paper in the Journal of Biological Chemistry announcing the discovery of a small molecule capable of disrupting a key pathway in the brain linked to the disorder.

Researchers in the lab had found previously that hyperpolarization-activated, cyclic nucleotide-gated — or HCN — channels are elevated in people with MDD as well as in animals that have been genetically altered to experience chronic social stress. This was an important breakthrough in understanding the disorder and provided a molecular target for developing new therapies. However, HCN channels are present in both the heart and the brain, and compounds designed to limit HCN channel function can produce heart arrhythmias.

“We know HCN is the therapeutic target, but we needed a way to exclusively target these channels in the brain,” Han said. “We need to be able to target HCN indirectly.”

As far back as 2010, Han and Chetkovich were studying a supporting subunit of HCN channels that can regulate HCN channel activity specifically in the brain. This subunit is called tetratricopeptide-repeat containing, Rab8b-interacting protein, or TRIP8b. It binds to HCN pore-forming subunits to regulate HCN channel function and subcellular distribution.

TRIP8b turned out to be the key to unlocking HCN channel regulation in MDD. When TRIP8b is knocked out in the brains of animals, HCN channel expression decreases.

Han took this discovery a step further in the work described in this recent JBC paper, using a high-throughput virtual screen to identify a small molecule, NUCC-0200590, that can disrupt the HCN–TRIP8b interaction both in the test tube and in animals.

The lab now is working on developing this small molecule into a drug that could be used in the clinic. This means screening to test analogs and concentrations for their effect on the HCN–TRIP8b interaction to improve potency and stability, with the long-term goal of bringing it to a clinical trial.

“This novel approach takes advantage of a specific mechanism found only in the brain and has the potential to improve how MDD is treated,” Han said.