While the world is understandably preoccupied with the COVID-19 pandemic, other pandemics persist. And though this is a novel experience for some, for others, including those who lived through and lost loved ones to the the HIV/AIDS pandemic, it brings back painful memories. On this World AIDS Day, we reflect briefly on how far we've come and take a look at new research that better equips us to contend with the human immunodeviciency virus and its effects. 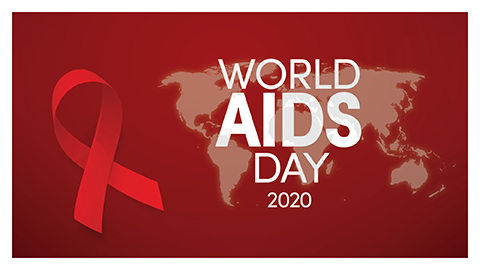 Today is World AIDS Day, an observance conceived by communicators at the World Health Organization in 1988 to raise awareness and to serve as a day of remembrance. It is symbolized by a red ribbon.

According to the World Health Organization, about 37.9 million people worldwide are infected with HIV, the virus that, if left untreated, causes AIDS. HIV infection initially presents as coldlike symptoms, such as fever, chills and muscle aches. Cells responsible for the adaptive immune response dwindle with infection, and AIDS is diagnosed after the immune cell count falls below a threshold. Despite decades of research and scientific advancements, HIV is still a global threat, and a vaccine remains out of reach. With medical intervention, people infected with HIV can live healthy lives. But it hasn’t always been this way.

HIV/AIDS first made headlines in the U.S. in the early 1980s. Hospitals in California and New York began admitting gay men with rare and aggressive lung infections and curious brown or purple blotches on their skin. Where was it coming from? What was causing it? The medical community scrambled. Americans were uncertain about how the virus was transmitted, what might happen if they got infected and how to prevent it. There was much speculation and denial about who could become infected and which medical or public health interventions were needed. The stigma of AIDS was severe.

As infections rose, the demographics of the infected changed, and so did the governmental responses. Still, by the early 1990s, AIDS was the leading cause of death in Americans between the ages of 25 and 44. At the same time, AIDS was spreading around the world, most notably in Africa, where the virus was believed to have originated.
In 1999, HIV/AIDS was the No. 1 cause of death in Africa, according to the WHO. Finding a cure for HIV/AIDS became a global pursuit.

After decades of research and highly funded initiatives, we now have a much better understanding of the immune system and what behavior changes are needed to prevent infection. Students learn about safe sex in schools. Blood testing can be done rapidly. Needle exchanges are common. HIV patients no longer face a certain death sentence; medications now can break the virus’ replication cycle, making infection manageable. Having said that, medications are only effective at the whim of viral resistance, and the researchers working on vaccines remain in an arms race with the virus' mutation rate.

Below are summaries of recent HIV/AIDS research published in ASBMB journals. They were written by ASBMB Today contributor Tori Zirul, who also contributed to the introduction.

HIV treatment includes a combination of three or more drugs to preserve immune cells and compromise the virus. However, HIV can hide in the labyrinth of DNA, silently dividing in a latent state, making it difficult to treat.  As such, latency-reversal agents (LRA) are employed to awaken the latent virus and increase the success of combination therapy treatments. From cell toxicity to low success in viral elimination, LRAs come with risks. A team of researchers recently found potential in a natural alternative; the study is published in the Journal of Biological Chemistry.

This collaborative project tested 216 natural compounds from the pan-African Natural Products Library, a database known for its extensive and potent natural alternatives. The team tested the compounds against an immune cell line that included the latent HIV provirus and measured viral activation using GFP markers. During this study, the researchers examined cell specificity and toxicity, cellular mechanisms, and synergistic treatments with the natural compounds.

Of the 216 compounds tested, two showed promising results: knipholone anthrone and anthralin (dithranol).  While the compounds had toxic effects on cells, the work paved the road for future studies. It elucidated which signaling pathways are activated after treatment and showed the building blocks for compound derivatives that may be used in tandem with combination antiviral therapy.

ART and elevated cholesterol in women with HIV

Cell behavior changes after HIV infection, but it is unclear how. Understanding these changes could help in the development of therapies that reverse viral latency or stimulate the adaptive immune response. A team of researchers at the University of Zurich recently studied in vitro and in vivo protein changes upon HIV-1 infection. The team first infected human CD4+ T cells, in vitro, with the virus and analyzed proteome changes of the cells after infection. They also studied the proteome of viremic patients and those without detectable viruses in vivo.

The team used SWATH–MS to accurately detect proteome changes. The in vitro study revealed a peak in viral activity 24 hours after infection and a simultaneous decrease in proteins of the TLR-4 signaling activity, an important regulator of the immune T cell receptor, and type-1 interferons, an important activator (or prohibitor) of T cells. The in vivo study showed differences in proteins between viremic patients and those without detectable virus. The study requires a larger sample size and further investigation. However, it revealed novel information on the CD4+ T-cell proteome with HIV infection and on molecular targets such as the TLR-4 signaling pathway.  You can read the study in the journal Molecular & Cellular Proteomics. 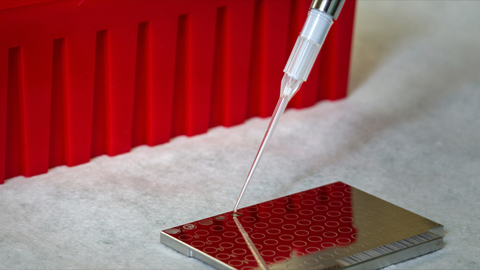 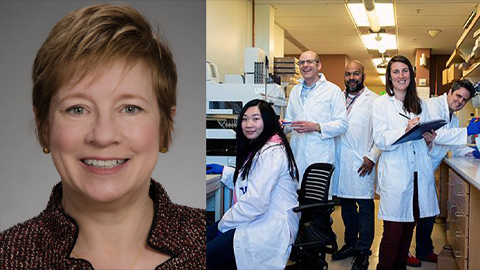 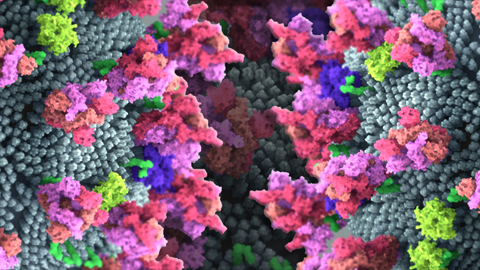 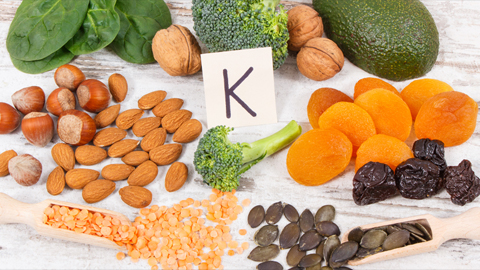