ASBMB Today Science The many roles of CPTPs
Lipid News

The many roles of CPTPs 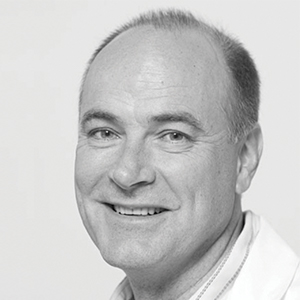 Ceramide-1-phosphate transfer proteins, or CPTPs, burst onto the scientific landscape about five years ago. Ceramide-1-phosphate, or C1P, is a sphingolipid consisting of nonpolar ceramide connected to a polar anionic phosphomonoester headgroup. C1P exerts many bioactive effects including induction of cell proliferation, stem cell mobilization, macrophage migration and activation of IVA phospholipase A2 for eicosanoid production. Prior to the discovery of CPTPs, insights into C1P intracellular transport were sparse.

Human CPTP first emerged from in silico annotative predictions of the Human Genome Database; an ortholog found in plants and capable of regulating accelerated cell death, ACD11, had been identified a decade earlier with sphingolipid transfer ability. Recent structure–function studies of CPTP and ACD11 reveal global folds highly similar to glycolipid transfer protein, a two-layer, all-alpha-helical fold for binding complex sphingolipids in a sandwichlike fashion. C1P specificity originates from a few key residues in the sphingolipid headgroup recognition center which connects to a hydrophobic pocket that ensheaths the nonpolar SL aliphatic chains of the ceramide moiety. A surprising aspect of CPTP is its complete lack of structural homology with ceramide transfer protein. In this crystal structure of the CPTP/16:0-C1P complex, a surface-located cationic residue triad (R60, R106, R110) provides selectivity for the phosphate headgroup of C1P. D56 and H150 interact with the ceramide amide linkage to provide sphingolipid selectivity. The C1P hydrocarbon chains are ensheathed in an interior hydrophobic pocket.Protein Data Bank: 4K84

Potential cellular mechanisms for regulation of CPTPs now are emerging. C1P intermembrane transfer rates by ACD11 and CPTP increase in the presence of phosphatidylserine, or PS. Other anionic phosphoglycerides, such as phosphatidic acid or phosphatidylglycerol, have the opposite effect of PS and depress C1P transfer rates.

The evidence suggests that PS increases membrane partitioning in a way that may either optimize protein orientation for C1P uptake during initial membrane contact or facilitate protein release from membranes after C1P acquisition. To explain how PS embedded in the membrane could enhance and facilitate a favorably oriented interaction by ACD11 or CPTP, the existence of a PS headgroup-specific site on the surface of ACD11/CPTP near the C1P binding site has been hypothesized. Still, the mechanistic details defining exactly how C1P transfer is sped up are in need of clarification.

In any case, intracellular membranes containing cytoplasmically exposed PS, such as the plasma membrane and trans-Golgi network, seem to be targeted hot spots for ACD11 and CPTP action in cells. A regulatory role for certain phosphoinositides also recently has been reported by our lab. The recent findings support earlier immunocytochemical localization showing that human CPTP is present in the cytosol but targets to distinct cellular regions.

CPTP downregulation or expression of CPTP point mutants with ablated C1P binding sites affects cells in two major ways: first, C1P levels increase in subcellular fractions enriched in trans-Golgi but decrease in fractions enriched in plasma membranes, and second, arachidonic acid and pro-inflammatory eicosanoid levels increase. The findings are consistent with CPTP acting as a C1P sensor and mediator of C1P transport from the trans-Golgi production site to the plasma membrane.

When CPTP is downregulated, the accumulated C1P in the trans-Golgi membranes can enhance translocation of IVA phospholipase A2 via its C1P-specific binding site. The ensuing arachidonic acid release enables production of pro-inflammatory eicosanoids. In our lab, CPTP knockdown has been found to upregulate IVA cPLA2 transcript.

In another recent study, autophagy induction and inflammasome assembly and activation have been linked to CPTP expression. WT-CPTP overexpression protects against starvation-induced autophagy. CPTP downregulation or expression of C1P binding-site point mutants triggers an eight- to tenfold increase in autophagosomes, organelles that degrade nonessential cell components and delay cell death in response to stressful events. CPTP depletion helps increase formation of nascent membranes needed for autophagosome assembly by a mechanism that includes increased ATG9A-vesicle release from the Golgi. This finding is consistent with the hypervesiculation and disruption of Golgi cisternae stacks noted earlier by CPTP knockdown.

Together, these findings are beginning to shed light on mechanisms that cells can use to regulate CPTPs in humans and plants, while also revealing the emerging translational medical importance of these proteins in human health and disease.

Rhoderick E. Brown is the I.J. Holton distinguished professor at the University of Minnesota-Hormel Institute.