Who’s in charge of PM identity? 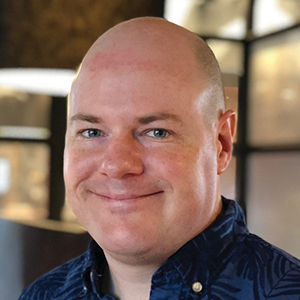 The plasma membrane, or PM, is the front line of cellular life. It functions simultaneously as a border, logistical hub, communications relay and structural foundation. These functions are performed by proteins embedded in or attached to the PM. Typically, these proteins are controlled from the cytosolic face of the PM, enabling the cell to maintain executive control of PM function and adapt it as necessary. The plasma membrane stands apart from other membranes at least in part because of its enrichment in anionic lipids (inset), making it uniquely highly negatively charged.Courtesy of Gerry Hammond

Controlling these PM proteins poses a unique challenge in eukaryotes; the proteins must be targeted correctly and activated at the PM and not at the many other membrane organelles connected by vesicular traffic. For example, a calcium channel should not become activated after synthesis in the endoplasmic reticulum, nor should machinery tasked with pulling vesicles from the PM pull them from endosomes instead. In short, the PM needs a unique chemical identity that proteins can recognize.

We now know that lipids are critical to PM identity. In fact, the cytosolic face of the PM is uniquely enriched in anionic lipids, making the inner leaflet of the PM a distinct, negatively charged electrostatic platform. This attracts peripheral proteins with amphipathic domains, such as small GTPases and protein kinases. It also facilitates activation of membrane proteins, such as channels and transporters, as they arrive at the PM. This electrostatic code appears conserved across the kingdoms of Eukarya, though the lipids involved differ. Phosphatidylserine, or PS, is crucial in all kingdoms but is augmented by other anionic lipids, especially the phosphoinositides — highly charged phospho-derivatives of the anionic lipid phosphatidylinositol, or PI. In animals, the enrichment of PS together with phosphoinositides PIP2 and PI4P is central to PM identity. In plants, PS is instead augmented by PI4P and phosphatidic acid.

Electrostatics play a role in identifying membranes elsewhere in the endocytic network, with decreasing concentrations of anionic lipid the further into the system we venture from the PM. The big question is, How is this gradient of anionic lipids built and maintained?

Fundamental mechanisms are still debated. For example, the extent to which vesicular traffic helps or hinders is not clear. On the one hand, selective sorting of lipids into vesicular carriers could enrich packets of anionic lipid destined for the PM. Alternatively, failure to sort efficiently would instead lead to equilibration of lipids between organelles. Side-stepping vesicular traffic altogether, non-vesicular lipid transport by lipid-binding proteins is an attractive mechanism to facilitate asymmetric lipid distribution in the cell. However, researchers have questioned whether these proteins truly transport lipids from one organelle to another to build or maintain such gradients.

One class of lipid — the phosphoinositides — seems likely to be central to either mechanism. Lipid kinases and phosphatases stationed throughout the PM and endocytic network convert the phospho-configuration of PI as it shuttles between compartments by vesicular traffic, effectively modifying its charge profile. These lipids also control many of the candidate lipid transfer proteins. For example, PM PIP2 was recently shown to control the non-vesicular traffic of the other anionic PM lipids PS and PI4P, suggesting a cardinal role for this lipid in animal-cell PM identity.

While we continue to debate these mechanisms, a key component is still missing: a sensing mechanism to enable homeostatic control of PM anionic lipid content. Such a sensor would be required to activate lipid import and shut if off once the appropriate electrostatic potential is reached. What is the nature of this sensor? Perhaps it controls the abundance of a master lipid like PIP2, which in turn controls traffic of other anionic species. Or perhaps a protein senses the electrostatic potential of the inner leaflet and engages transport.

There is still much for us to learn.

Gerry Hammond is an assistant professor of cell biology at the University of Pittsburgh School of Medicine. His lab studies the integration of plasma membrane function by inositol lipids.