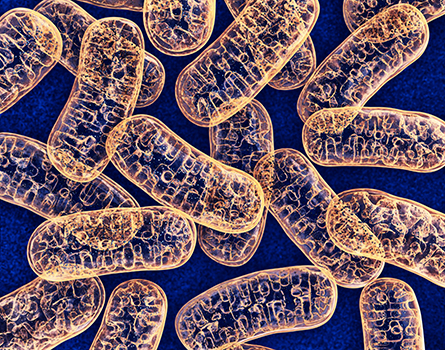 Ken Nakamura, a professor at the Gladstone Institute of Neurological Disease at the University of California, San Francisco, focuses his research on cellular mitochondrial function and association with neurological disease. In a recent paper in the Journal of Biological Chemistry, Lauren Shields, then a grad student, and a team from the Nakamura lab describe research into how mitochondrial fission is related to the toxicity of a key Alzheimer’s disease protein, amyloid-beta precursor protein, or APP. Shields, who was always interested in the neurosciences field, pushed the lab beyond its previous focus on Parkinson's disease and remembers that she was the "first graduate student to venture into Alzheimer's."

The research focused on understanding the role of dynamin-related protein 1, or Drp1, an essential mitochondrial fission protein that is increased in the brain tissue of Alzheimer’s disease patients and may be associated indirectly with metabolism of the calcium ions, or Ca2+, in the cell.

“Mitochondria are unusual organelles,” Shields said. “This all goes back to the theory of evolution that mitochondria were bacteria-like and were encompassed by cells … they’ve maintained this fission and fusion function.”

The researchers studied mice that were genetically altered to express mutant human APP, known as hAPP mice, with a targeted deletion of Drp1 that prevented fission in mitochondria. They found that the Drp1 knockout intensified the spatial learning and memory impairments observed in the hAPP mice.

This work clearly shows the need for the delicate balance of mitochondrial fusion and fission in healthy cells. Because Drp1 is known to be increased in post-mortem Alzheimer’s disease patient tissue, the team originally had hypothesized that Drp1 could be a good therapeutic target. However, they concluded that Drp1 actually would be a risky target, given the need for careful calibration of the fission–fusion balance and Drp1’s protective role in Ca2+ homeostasis.