Pathogens may not be the only particles that are important in disease transmission via mosquito bite. According to Mike Wells, an assistant professor of biochemistry at Idaho College of Osteopathic Medicine, extracellular vesicles could also play a role.

Research in ticks has suggested that vesicles in saliva might help transmit bite-borne viruses; Wells would like to find out whether vesicles could also help spread mosquito-borne pathogens. 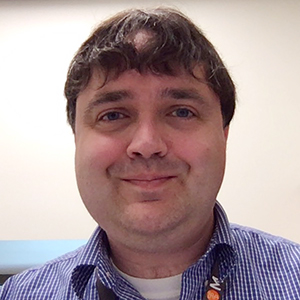 “What I’m most excited about is opening up this discussion beyond the extracellular vesicle community to get input from all the other molecular biologists and biochemists — to ask the questions that EV scientists haven’t even thought of.” — Michael Wells

“It may play into the variability that’s seen in all vector-borne diseases from insects, that how much you’re exposed to isn’t the whole story of whether you’ll be infected,” he said.

Wells is co-organizing — with Kenneth W. Witwer at the Johns Hopkins University School of Medicine — a virtual meeting in July that will explore basic, clinical and translational extracellular vesicle research.

Wells talked to me about the links that researchers are investigating between extracellular vesicles, including exosomes and microvesicles, and human diseases and about his hopes for the meeting. The interview has been condensed and edited for clarity.

What are extracellular vesicles, and how are they formed?

An extracellular vesicle is a membrane-bound compartment that can contain any of the components of a cell: proteins, nucleic acids or other molecules that you might find inside the cytoplasm or the nucleus. Even bits of organelles can make their way into extracellular vesicles. Whenever a vesicle is released, it acts as a little communication packet that allows cells to talk to each other.

There are two major mechanisms for formation. One is that packages of membrane and components can bud off of recycling endosomes in the secretory pathway. The other is that the contents can be trafficked to the plasma membrane of the cell and then formed into a compartment there and released. Those two different mechanisms are mostly distinguished by the size of the vesicle that’s produced.

What about the detection end of communication?

There are different mechanisms. Sometimes there is a ligand–receptor interaction between the vesicle and the plasma membrane of the recipient cell. But other times it has more to do with processes like endocytosis, which has many different mechanisms. The vesicle then enters the secretory pathway and gets partially disassembled there, and the contents eventually make their way into the cell.

You mentioned heterogeneity in extracellular vesicle production. How uniform are they?

Because of the way that they’re created, there’s variation in every EV, analogous to a snowflake. If they’re coming from the same creating cell, the contents may be more similar than different. But even then, there can be a wide range of variation from one vesicle to the next in what's been captured inside.

If I understand right, there was historically some controversy about whether EVs were functional or just artifacts of culturing cells. True?

Yes. There’s still a great deal of controversy among different groups in defining real events and artifacts. There has been a lot of progress in establishing that many of these events are real and play important roles in development and cancer and neurobiology. But there still is a great need for continued discussions about standards and controls; that's one of the ongoing discussions that we want to have as part of the meeting.

What other big questions do you hope will get discussed at the meeting?

When we talk about the way that extracellular vesicles help communication in the central nervous system versus in the gut or in development, are we talking about the same process? How sure are we about applying extracellular vesicles as biomarkers to help us learn who has a disease more quickly? How do we define one class of vesicle versus another, or do they always overlap to some extent?

The meeting will have one day focused on basic research, one day on clinical research and the last day on therapeutics. So we’ll have discussions too about how we can use EVs as a biological delivery system to help us with untenable treatments, whether it be the blood–brain barrier or targeting one cell in a billion.

What I’m most excited about is opening up this discussion beyond the extracellular vesicle community to get input from all the other molecular biologists and biochemists, to ask the questions that EV scientists haven’t even thought of. Because extracellular vesicles can contain any of the contents of the donor cell, it’s hard to find an instance in the realm of biochemistry and molecular biology where they’re not relevant. It's just that we don't understand all those connections — and it's worth having a broader discussion about it. 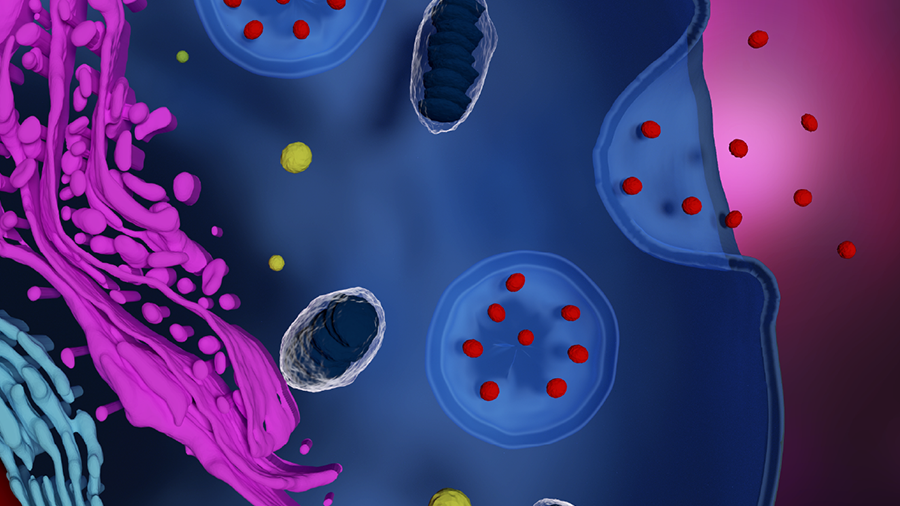