Fishing for enzymes deep in the ocean

When a research team pulls up a trawling net from the ocean floor, researchers often scramble to douse the specimens in ethanol or formaldehyde. It’s important to prevent decay of organisms that usually die before they even reach the surface. But Anderson Garbuglio de Oliveira, a chemist studying marine bioluminescence, would rather they were frozen. 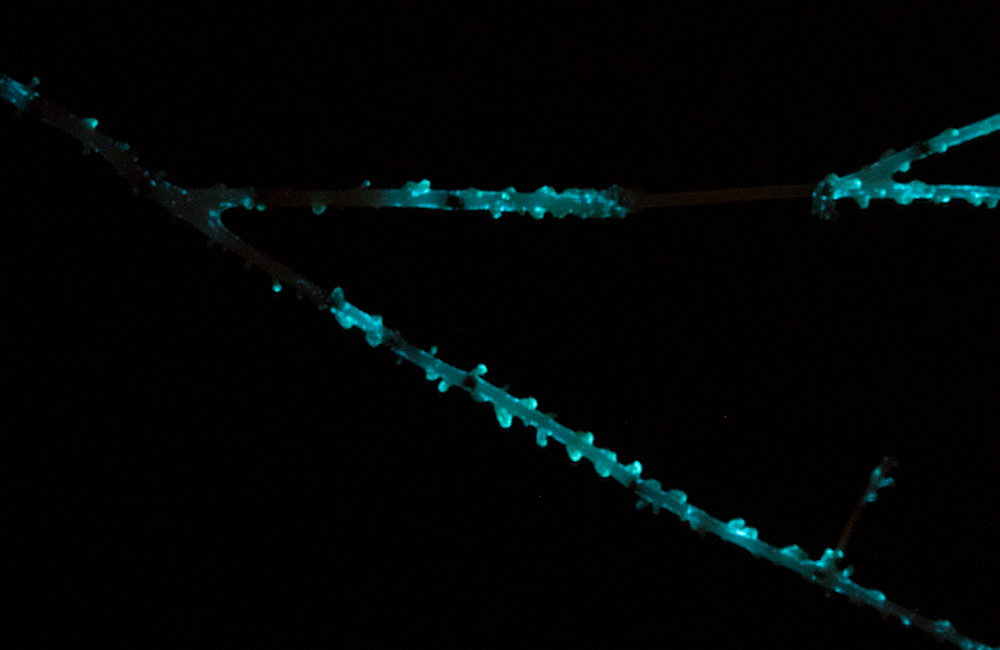 “If you throw a net in the ocean, you will probably find a lot of bioluminescent organisms,” he said. About 90% of deep sea species produce light; but that glow is almost invisible in bright daylight, and his shipboard colleagues are usually interested in other topics. To retrieve and freeze bioluminescent tissue samples before they are pickled in formaldehyde, he said, “I must be very quick.”

Back in the lab at the University of Sao Paulo, Oliveira’s research team investigates the activity of luciferase enzymes, which produce light through a reaction between oxygen and a family of substrate molecules. While some luminescence systems, such as those from comb jellies, are well understood, working with other organisms, such as segmented worms, is “very, very difficult,” Oliveira said, “because their systems are completely new. … Most of the time you have no idea what you’re dealing with.”

Biotechnologists have found numerous laboratory uses for the best-known luciferases, which come from jellies and fireflies. Still, surprisingly little is known about the other biochemical systems that produce light, a phenomenon that evolved on at least 94 independent occasions.

Oliveira is looking for enzymes with properties that could be biochemically interesting and lead to novel uses, such as detecting magnesium or calcium without needing to use fluorescence microscopy. He said, “You can find a lot of interesting things in these weird animals.”