Intrigued first by tamarind’s antibacterial ability, researcher in Puerto Rico next sets her sights on legumes as she investigates ways to defeat triple-negative inflammatory breast cancer 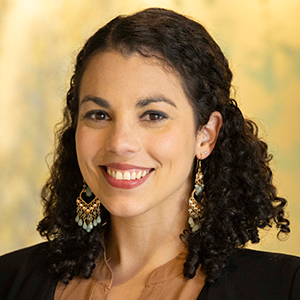 What if patients with breast cancer could consume legumes, such as soy sprouts, and greatly reduce the chances of their cancer metastasizing? This is one of the questions researchers at the University of Puerto Rico at Río Piedras are interested in answering, and their work already has yielded some intriguing findings, which will be presented Tuesday in Philadelphia at the annual meeting of the American Society for Biochemistry and Molecular Biology. 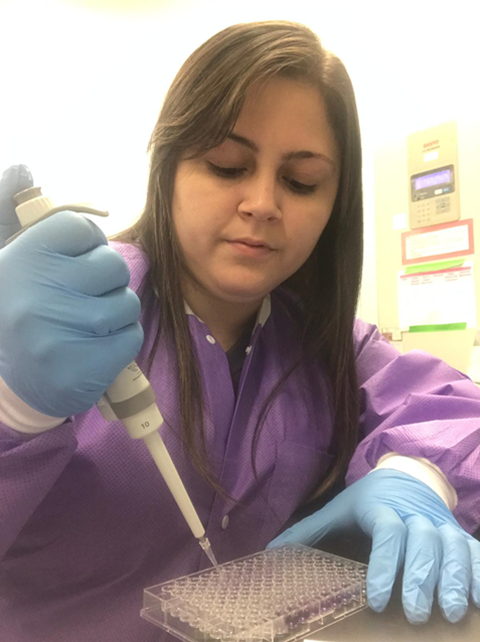 Graduate student Keishla M. Rodríguez–Mártir is working on her dissertation in the lab of Esther Peterson–Peguero. Rodríguez–Mártir is studying coumestrol, a phytoestrogen similar in structure to estrogen and found in foods such as soy, alfalfa, clover and Kala chala (a type of chickpea), among others. She aims to determine if coumestrol has anti-cancer effects in triple-negative inflammatory breast cancer, or TN-IBC, cell lines as it does in other cancer cell lines.

Rodríguez–Mártir’s dissertation research idea sprang from a project she was involved in as an undergraduate student at the University of Puerto Rico at Aguadilla, where she was assessing tamarind’s antibacterial properties.

“(This property) always called my attention — how something that we can buy at the grocery store works against bacterial infections,” she said. “This was something I was interested in exploring. (I wondered if) people receiving chemotherapy could supplement their treatment with something natural and accessible to them.”

Triple-negative breast cancer does not have estrogen or progesterone receptors, and it has low-to-no HER2 protein production. As a result, it cannot be treated with hormone or HER2-targeted therapy.

Molecular structure of coumestrol, a phytoestrogen with a structure similar to estrogen.

The inflammatory aspect of TN-IBC further complicates clinical outcomes, because it does not present with lumps but instead creates redness and inflammation and thus may not show up on a mammogram. This presentation causes doctors to explore other possible noncancerous causes first, which ultimately delays cancer detection. By the time it is diagnosed, it usually has metastasized and consequently results in a worse prognosis for the patient.

Rodríguez–Mártir dived into the scientific literature and came upon studies of phytoestrogens and their relationship to reduced risk of death and disease recurrence in women with breast cancer. Specifically, she focused on coumestrol because published data suggest that it has cytotoxic effects against triple-negative cell lines, but it had not been studied yet in the context of triple-negative inflammatory breast cancer.

“Studies have determined that Asian and vegetarian women with high phytoestrogen dietary consumption have a low rate of incidence of breast cancer. Further, Chinese women who have breast cancer and consume phytoestrogens have a significantly lower mortality rate than their counterparts who do not,” she said. “I would like to identify a natural compound that (patients) can easily consume to support their therapy.”

Keishla M. Rodríguez–Mártir will present this research at 1:10 p.m. Tuesday, April 5, in Exhibit/Poster Hall A–B, Pennsylvania Convention Center (Poster Board Number A310) (abstract). In addition, the next step in her project, 3D models using matrigels, will be presented at the same time by her undergraduate colleague Ayeisha Colón–Ortíz (abstract).

O. Hecmarie Meléndez-Fernández is a Ph.D. candidate in neuroscience at West Virginia University.