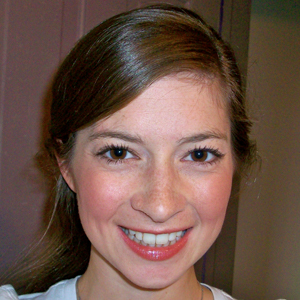 Each year, many people experience the “winter blues,” the layman’s term for a particular mood disorder called seasonal affective disorder, or SAD. There’s a lot of information swirling around in popular media about the cause of SAD, but what does science have to say about it? Researchers have been looking into SAD since it was first defined in the 1980s. Early studies were focused on finding treatment options, because alleviating the symptoms of SAD was a top priority. Since the early 2000s, scientists have been looking at the genetic, epigenetic and biochemical causes that underlie SAD, along with other mood disorders, and they’ve been finding some pretty interesting stuff.

Genetic studies of the circadian clock

One of the earliest suspects linked to SAD was dysregulation of the circadian clock. The circadian clock is housed in a part of the hypothalamus called the suprachiasmatic nucleus, or SCN. The SCN controls many functions of the body that fluctuate over our natural circadian period, which is about 24 hours long, including sleeping and waking cycles, body temperature, appetite, and many others.

“The SCN is the master oscillator, and it can be considered to be the conductor of a symphony,” says David Klein, chief of the neuroendocrinology section at the National Institutes of Health. “You can imagine what happens if you go to the symphony and the conductor walks off stage: The music falls apart. The same thing happens when you travel and get jetlagged. The conductor lost control of all the separate rhythms in your body.” Klein adds that keeping tight control of the circadian clock is a contributing factor to mental health.

It is known that disruption of the circadian rhythm is associated with mood disorders, including SAD and bipolar disorder, and this is thought to be due to the body’s inability to adapt its internal clock to match the external environment. In the winter, especially in more northern climates, the body is exposed to substantially less sunlight than in the summer. The SCN can sense this change in light and, subsequently, alter the timing of the body’s natural rhythm in response to this change.

Chris Ciarleglio, a postdoctoral fellow at Brown University, believes there are strong genetic and epigenetic components to the body’s ability to alter circadian rhythms.

Ciarleglio studied circadian rhythms in the lab of Doug McMahon at Vanderbilt University during his graduate work and retains an interest in the intersection of neurobiology, circadian rhythms and mood disorders. In a 2011 study, the group looked at the effects of light exposure during development on epigenetic changes that affect circadian rhythms.

“What we were focusing on in the 2011 Nature Neuroscience paper was the connection between season of birth and subsequent circadian function, with the view that any imprinting from the environment that might happen during your development might impact your subsequent circadian and/or other functions,” he explained.

Other researchers have pinpointed specific genes in the circadian rhythm pathway that have polymorphisms linked to patients with SAD that are not present in healthy controls. These genes include CLOCK, Period 2, Period 3 and NPAS2, among others.

Whether polymorphisms in these genes are causative in the case of SAD remains to be shown, but current studies suggest they may contribute to a predisposition to developing SAD and that epigenetic changes induced by light exposure during development may tip the balance toward or away from the development of SAD.

However, genetic predisposition is only one component of a larger picture, and other components of the circadian clock (such as enzyme activity and hormone production) also contribute to this mood disorder.

SAD research also has focused on melatonin, a hormone primarily synthesized by the pineal gland in the brain. Melatonin levels fluctuate throughout the day, with increased synthesis at night. In organisms like humans, who are diurnal and thus awake and more active during the day, melatonin helps to trigger the onset of sleep.

The production of this hormone is tightly linked to the amount of daylight exposure an animal receives, so in the winter, when daylight hours wane, melatonin synthesis begins earlier and lasts longer, allowing for a greater fluctuation in the overall amount of melatonin produced.

Klein describes the changes in melatonin synthesis, which he learned from his studies of the enzyme that produces the hormone: “The pattern of activity looks like a hill, because it goes up, then down during the course of the night. When we look at (the pattern of activity) more closely, we see that this one hill that goes up and down is actually two hills of activity that overlap.”

Klein explains that in the summer, when the nights are short, these two overlapping hills get closer together, so the activity of the enzyme is highest at only one point during the night. In the winter, when nights are longer, the peaks of the two hills separate, meaning the enzyme activity fluctuates more and reaches the highest point for a longer period of time. As a result, the period of melatonin production is longer.

“There’s a lot of research in SAD that shows that dysregulation of your melatonin rhythm, how much melatonin your pineal gland produces over the course of the day, will influence your mood,” says Ciarleglio.

The extent that melatonin production contributes to SAD is still debated, and studies using animal models are one way researchers are starting to address this question.

Some scientists question the use of mice as models for SAD, because lab mice are nocturnal and therefore respond differently to light-dark cycles, melatonin secretion and other common factors that are used in the studies of SAD and other mood disorders. Research by Serge Daan argues that the nocturnal nature of lab mice is due to polymorphisms in their circadian clock genes and that their counterparts in the wild are more diurnal. Both of these opinions point to the need for other animal models to study SAD.

Einat and colleagues have shown that all three of these diurnal species develop SAD-like symptoms when exposed to shorter periods of daylight, indicating that they make appropriate models for seasonal mood disorder studies.

The study of SAD and other mood disorders has seen great progress in the past 20 years, and recent genetic, epigenetic and biochemical studies indicate that there is still much to be learned. The increased knowledge and detailed understanding hopefully will lead to more specific and varied treatments — right now the most popular treatment for SAD is bright light therapy — and ultimately will be a boon to those who live with mood disorders. David Klein, director of circadian biology research at the National Institute of Child Health and Human Development, studies the enzyme that produces melatonin.

Although the technical name of the enzyme is arylalkylamine N-acetyltransferase, or AANAT, Klein refers to the enzyme colloquially as “the Timezyme.” This nickname comes from the role of melatonin in regulating the body’s internal clock, and because AANAT manufactures melatonin, it is crucial to maintaining proper control of the body’s daily rhythm.

Klein recently led a study, published earlier this year in the Proceedings of the National Academy of Sciences, that showed the form of AANAT in vertebrates originated 500 million years ago. Other studies have shown that vertebrates and nonvertebrates have distinctly different forms of AANAT.

“Many enzymes that are involved in neurochemical signaling were originally detoxifying enzymes,” explains Klein. Nonvertebrate AANAT was “sort of a shield,” he says, part of a group of proteins that evolved to protect the light-absorbing vision molecule retinaldehyde. AANAT acted as a shield by acetylating serotonin and related compounds, thereby preventing them from inactivating retinaldehyde via Schiff base formation.

Today, vertebrate AANAT is still expressed in small amounts in the retina, but melatonin production occurs primarily in the pineal gland. In this way, the high levels of serotonin required to make melatonin are separated from retinaldehyde, preventing destruction of this vision molecule in the eye.

“The Timezyme evolved just to make melatonin. Pineal melatonin synthesis also requires a very high capacity to synthesize serotonin. Although serotonin synthesis occurs in other tissues, the concentration in the pineal gland is much higher, consistent with the knowledge that it is a melatonin factory. For example, serotonin concentrations in the pineal gland are more than 100-fold higher than those in the retina.”

At some point, vertebrates stopped making the nonvertebrate form, so Klein and a group of international collaborators tracked down an organism with both forms present to help confirm the idea and put a timeline on the Timezyme’s evolution. The team eventually located both forms in the genome of the elephant shark. Using samples from the elephant shark and related aquatic species, Klein’s team used RNA sequencing, 3-D structure modeling and other tools to show that the vertebrate form of AANAT was derived from the nonvertebrate form.

Klein’s work has implications for the study of melatonin-related disorders, such as SAD, and also for vision disorders in which harmful chemicals accumulate in the retina.

Diedre Ribbens is a science writer, educator and communicator based in Minneapolis. She earned her Ph.D. at Johns Hopkins School of Medicine.