Researchers around the world are racing to develop COVID-19 vaccine options at a record pace, but the logistical challenge of getting vaccines to everyone who needs them remains daunting. Most vaccine formulas must be kept at very low temperatures during their journey from assembly to a person's arm, a major obstacle for those living in remote locations or underserved communities without access to long-term refrigeration. 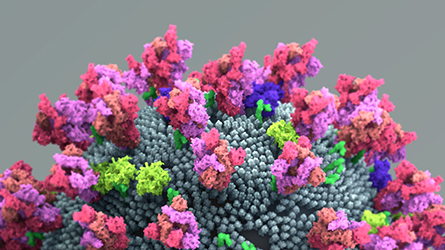 In a recent paper in the Journal of Biological Chemistry, researchers at the Molecular Biophysics Unit at the Indian Institute of Science in Bengaluru, India, address distribution challenges by designing a coronavirus vaccine that can withstand four weeks at temperatures as high as 37 degrees Celsius (about 98 degrees Fahrenheit) as well as 90 minutes at 100 C (212).

Raghavan Varadarajan, the project's principal investigator, is pleased by the vaccine candidate's hardiness. "The most exciting thing that we didn't expect is that we could keep this protein at very high temperatures and it was still viable," Varadarajan said. "We hadn't tried it before, and we wanted to see how far we could push things." 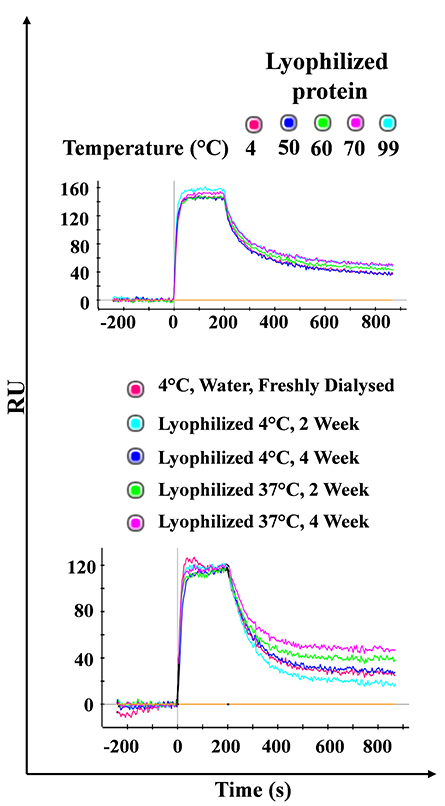 In addition to temperature tolerance, Varadarajan's team considered ease and accessibility of manufacturing. The first COVID-19 vaccines on the market are messenger RNA–based, but India lacks facilities with the expertise to make mRNA vaccines, and the technique requires extensive refrigeration. Instead, they focused their efforts on developing a protein-based vaccine, which takes longer to develop but is easier and more affordable to produce.The target proteins are the coronavirus' spikes, the distinctive points of the virus' crown that allow it to bind to the receptors known as ACE-2 on the surface of host cells.

"Once the virus is able to come close to the cell, that binding of the spike protein is the beginning of the infection," Varadarajan said. "Therefore, if your body is able to create antibodies that block this interaction, you can prevent infection."

The portion of the spike protein needed for binding is the receptor binding domain, or RBD. Varadarajan's team engineered a protein fragment in its image. They expressed this fragment in mammalian cells, creating mRBD (m for mammalian-expressed), and then tested its ability to stimulate the immune system of guinea pigs to make antibodies that could block the coronavirus' spike proteins from interacting with host receptors.

Because mRBD stimulates an immune response with good yields of receptor-blocking antibodies, remains viable after a month at 37 C and would be straightforward and inexpensive to manufacture, it could become an accessible and portable vaccine option.

"Certainly, other people along with us and before us have also made related protein subunit vaccines with similar fragments, but nobody had looked at the temperature stability to this degree," Varadarajan said. "In that sense we were fortunate — that we looked for this property, and it turned out to exist."

Varadarajan's team is continuing to develop their vaccine with challenge trials of mRBD and improved variants in hamsters, which are also susceptible to SARS-CoV-2, as the lab strives to immunize those who may be out of other vaccines' reach.