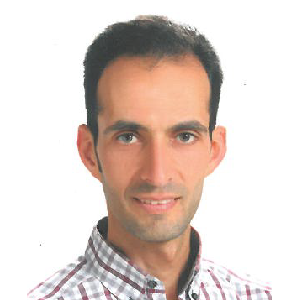 The National Birth Defects Prevention Network and related organizations observed Folic Acid Awareness Week this week to educate the public, in particular mothers-to-be, about the role that folic acid plays in preventing congenital disabilities. But folic acid’s importance doesn’t end there. Scientists are still working out its involvement in cardiovascular disease, cancer and other health conditions. Here, we offer a primer on folic acid and highlight research in ASBMB journals on the topic. 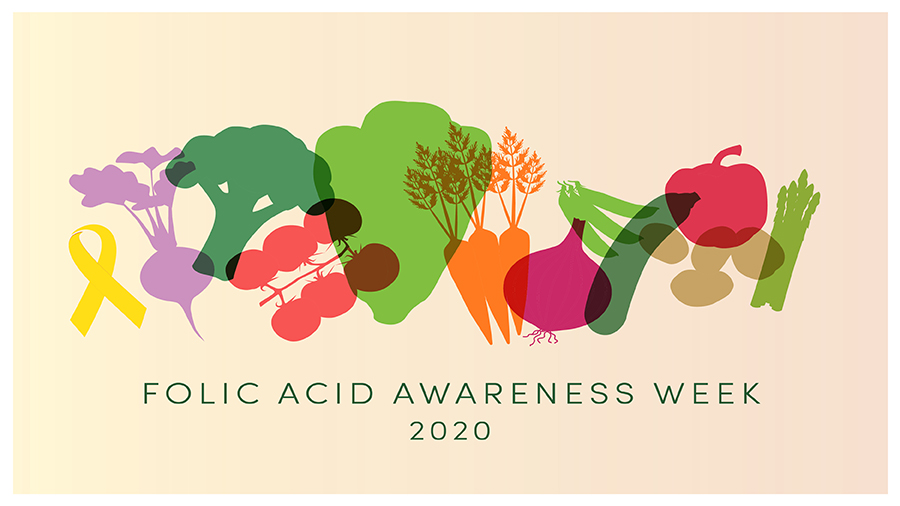 First, a little terminology and history

Vitamin B9 is known as folic acid in its synthetic form and folate in its natural form.

The vitamin was discovered in the 1930s, when it was found that people with megaloblastic anemia could be cured by treatment with yeast or liver extracts. The condition is characterized, like all anemias, by reduced levels of red blood cells; moreover, the remaining red blood cells are large and immature, suggesting a possible role for the vitamin in cell proliferation and/or maturation.

The terms “folic acid” and “folate” are derived from the Latin word “folium,” which means “leaf.” This make sense, as the water-soluble vitamin is abundant in green leafy vegetables such as spinach. It is also plentiful in the whole grain cereals, eggs and liver.

Folic acid deficiency is common and observed primarily in pregnant women in both developed and developing countries.

The deficiency may have physiological causes, such as increased demand during pregnancy and lactation, or pathophysiological ones, such as defective absorption or impaired metabolism. Use of certain drugs, including some anticonvulsants and oral contraceptives, also can cause folic acid deficiency.

When someone is deficient in folic acid, purine nucleotide production declines, which impairs DNA synthesis. Rapidly dividing cells in the bone marrow are affected, leading to megaloblastic or macrocytic anemia.

In pregnant women, defective folate metabolism or folic acid deficiency impairs neural tube closure during fetal development. The Centers for Disease Control and Prevention recommend that women of childbearing age consume at least 400 micrograms of folic acid each day. Pregnant and nursing women should get even more.

Below are glimpses at folic acid research published in ASBMB journals over the years.

New hybrid catfish may have increased B9

Catfish may be bottom-feeders, but Americans annually farm and import nearly 300 million pounds of frozen fillets of the faux-whiskered fish, which usually wind up fried and breaded. Most of those imports — 240 million pounds in 2014 — come from China, where researchers at Nanjing University have recently investigated the transcriptomic, miRNA and proteomic changes of a new hybrid yellow catfish created by breeding the catfish species P. vachelli and P. fulvidraco. They found upregulation of certain genes related to the concentration of vitamins A, B1, B2, B6, B5 and B9 in the livers of hybrid fish. Their work was published in the journal Molecular & Cellular Proteomics.

The mechanisms enabling folic acid rescue of neural tube closure defects is not fully understood. In a 2010 paper in the Journal of Biological Chemistry, researchers used a mouse model prone to neural tube defects to show that maternal intake of folic acid prior to conception can reverse the proliferative capabilities of the neural crest stem cells via epigenetic mechanisms.

The developmental disorder Smith–Lemli–Opitz syndrome is an often-lethal birth defect characterized by microcephaly, learning difficulties, behavioral problems and distinctive facial features, as well as malformations of many internal organs. These symptoms all stem from mutations in the gene responsible for an enzyme essential to synthesizing cholesterol from 7-dehydrocholesterol. Researchers at the University of Pennsylvania have found that the deficiency of cholesterol biosynthesis and buildup of 7-DHC is responsible for the defective composition, organization, dynamics and function of the cell membrane. They also found that calcium permeability is increased and folate uptake is decreased in SLOS cell membranes. They reported their work in the Journal of Lipid Research.

Folic acid carriers’ homology in the three kingdoms of life

Tetrahydrofolate and its derivatives are vital cofactors for one-carbon transfer metabolism in almost all organisms. Bacteria and plants synthesize folates de novo, but higher animals do not and therefore need a dietary supply. A 2005 study in the Journal of Biological Chemistry established a conservative function among folate transporter proteins from three kingdoms of life.

P. falciparum, a protozoan parasite and the deadliest species of Plasmodium that causes malaria, is capable of de novo folic acid biosynthesis. Antifolate drugs that target the biosynthesis and processing of folate cofactors have been effectively used in the treatment of P. falciparum malaria. The parasite also is able to salvage preformed folates and related metabolites from the surrounding culture medium. But there’s still a lot to learn about both the biosynthetic and salvage pathways and their relative importance to parasite viability and antifolate drug susceptibility. A 2011 study in the Journal of Biological Chemistry identified and characterized two transporters (PfFT1 and PfFT2) that mediate the salvage of folate derivatives and precursors in P. falciparum.

Breast cancer resistance protein (BCRP) is an ATP-binding cassette transporter that can increase the efflux of certain anticancer drugs, such as methotrexate. In 2004, researchers reported in the Journal of Biological Chemistry that folic acid deprivation leads to loss of BCRP expression, which suggests that starving tumors of folic acid may help overcome anticancer drug resistance.

Reduced folate carrier 1, which is expressed in placenta, liver, lung and small intestine, is the major transporter for folates. Researchers writing in the Journal of Biological Chemistry in 2001 wanted to know whether RFC1 plays a role in rapidly proliferating tissues and in matching folate demands in hematopoietic tissues. They tested folic acid metabolism, in mice, during embryonic development and found that RFC1 plays distinct roles in embryonic folate homeostasis and that other carriers cannot compensate for its absence.

Moh'd Mohanad A. Al-Dabet is an assistant professor at the American University of Madaba in Jordan. He earned his doctorate in clinical biochemistry from Otto-von-Guericke University and later conducted postdoctoral research with the group of Berend Isermann there. Read his research publications.