John William Josse, a biochemistry researcher and medical practitioner who joined the  American Society for Biochemistry and Molecular Biology in 1963 and was a member for almost 60 years, died Sept. 1 in Seattle, Washington. He was 91. 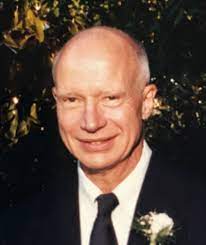 Josse was born Feb. 20, 1930, in Minneapolis, Minnesota, and attended Pillsbury Military Academy for most of his early education. He then served in the Army until 1949. After being honorably discharged, he attended the University of Iowa on a football scholarship. In the summer of 1950, he met his future wife, Donna Lou Fering. They married in 1951.

Josse transferred to the University of Minnesota in 1951 and subsequently started medical school there. After graduating in 1956, he and Donna moved to Boston for his residency at Massachusetts General Hospital. During that time, they welcomed their daughter Susan and son Paul.

After his residency, Josse studied DNA synthesis with Arthur Kornberg as a postdoctoral fellow at Washington University in St. Louis. Kornberg won the 1959 Nobel Prize in physiology or Medicine for isolating the enzyme DNA polymerase. In Kornberg’s lab, Josse contributed to the finding that the two chains of the DNA double helix run in opposite directions. When Kornberg moved his lab to Stanford University, Josse followed, and he welcomed his second daughter, Jennifer, while at Stanford.

Josse received a research fellowship to study protein physical chemistry at Johns Hopkins University in the early 1960s. He then moved back to Washington University, serving as a professor and chair of the biophysics and physiology department until 1966. While in St. Louis, he marched for racial equality behind Martin Luther King.

After returning to California, Josse went back to the practices of clinical medicine in San Jose, where he served his patients for 30 years. He then returned to Stanford to support research in Kornberg’s lab. He retired in 2007.

According to an obituary, Josse is remember for his witty sense of humor and his strong work ethic. He had a lifelong love of classical music and was passionate about fitness, running more than 65 marathons when he was over 40.

Donna Josse died in 1981, and John Josse later married Judith Geller, who died in 1992. He is survived by his three children and their spouses, and five grandchildren.