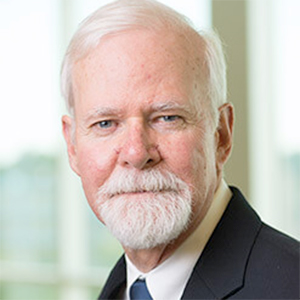 Given the limited protection offered by vaccines, researchers are investigating other ways to address influenza A, including chemical inhibitors and, in the case of our lab, phospholipids that regulate innate immune processes and suppress infection by certain viruses. The culprit in this year’s outbreak, an H3N2 influenza strain, initially appeared well targeted by the current vaccine, which also includes immunogens for pandemic H1N1 and influenza B. However, while being propagated in eggs to produce the current vaccine, the H3N2 strain acquired a new mutation. The resulting viral immunogens constituting the vaccine were mismatched to the originally targeted H3N2 strain.

Mutation frequencies are relatively high in influenza strains because they are negative-strand RNA viruses, dependent upon the fidelity of RNA polymerases for replication of the genome. The RNA polymerases are much more error-prone than DNA polymerases, thus ensuring new mutations will occur every year. As a result, the current vaccine is estimated to be about 10 percent effective. Or, stated another way, 90 percent of vaccinated individuals will not be protected from infection. The ineffective vaccine also results in the general loss of herd immunity (the likelihood that a person next to you on a bus, train or plane is immune), increasing the probability of viral transmission from infected to uninfected individuals.

Consequently, a large number of people are being infected with influenza this year compared to many previous years.

The present situation exemplifies some recurrent problems with the generation of annual influenza vaccines. It is not widely known that even in a year with a good match of vaccine to circulating virus, only about 55 percent of the immunized population is protected from infection. In years with a bad match between virus and vaccine, the efficacy is 10 percent to 20 percent. Over the past 13 years, the efficacy of influenza vaccines has averaged about 41 percent. Such statistics are likely to continue until a universal vaccine is found.

One approach to dealing with the influenza vaccine’s shortcomings is to develop chemical inhibitors of virus infection, propagation and dissemination. Neuraminidase inhibitors, or NAIs, are one such class of compound that act by retarding the spread of virus from infected to uninfected cells. However, bypass of NAI action is known to arise spontaneously in many influenza A strains, even in the absence of selective pressure. Moreover, NAI treatment initiated early in influenza infection only reduces the course of disease by one or two days.

Our laboratory has been focused upon another class of molecules, the minor anionic lipids of pulmonary surfactant, exemplified by phosphatidylglycerols, or PGs, and phosphatidylinositols, or PIs. These lipids are secreted uniquely from the apical surface of the alveolar epithelium into the thin layer of fluid that separates the cell membrane from the air space. Surprisingly, these lipids exhibit potent regulation of innate immune processes. Among their activities, the lipids suppress infection of the epithelium by two classes of respiratory viruses: respiratory syncytial viruses and influenza A viruses such as H3N2 and H1N1. PG and PI inhibit the most crucial step of viral infection, the attachment of virus to cell surface receptor. This site of action by the lipids is most important because virus mutations that prevent interaction with lipids are likely also to prevent recognition of cell surface receptors, thereby making mutational bypass of lipid inhibition unlikely.

In addition to PG and PI, we have created libraries of lipids with similar headgroup structures that also exhibit anti-viral and immunoregulatory properties. Some of these analogs of PG and PI are likely to have improved pharmacological properties that could make them effective as short-term preventives or as therapeutics for established influenza infections. We believe that PG and PI along with their structural analogs should be considered as complementary approaches to vaccines for reducing influenza infections and their progression.

Dennis Voelker is the director of research of the pulmonary division in the department of medicine at National Jewish Health and a professor of biochemistry and molecular genetics at the University of Colorado, Denver.