Protein interaction in the bacterial divisome. A new target in stress granule formation. Interrogating the intricacies of the ‘happy tree.’ Read about papers on these topics recently published in the Journal of Biological Chemistry. 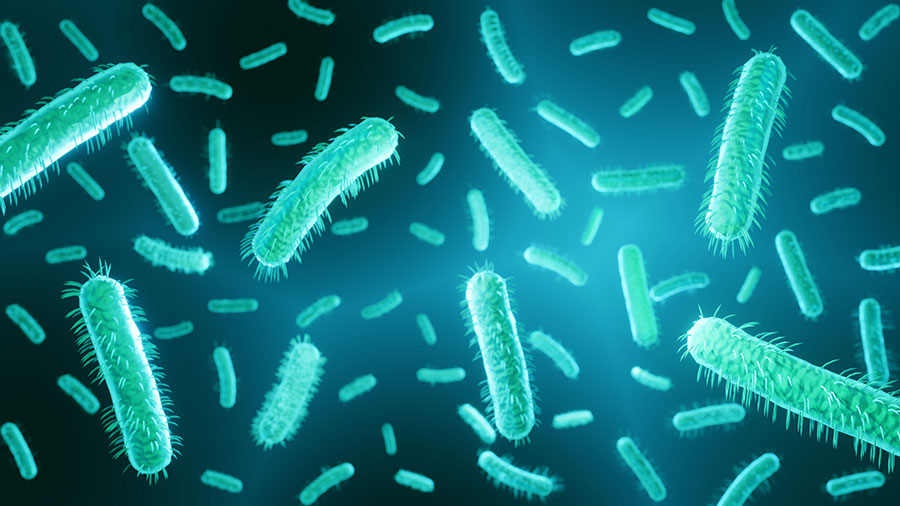 Protein interaction in the bacterial divisome

Bacterial cells divide using a protein complex called the divisome. In E. coli, more than 30 proteins form this complex, about 10 of which are essential. When the complex works, the mother cell undergoes cytokinesis, constriction and septation and divides into two daughter cells.

FtsQ, FtsB and FtsL are inner-membrane proteins that interact with one another and are essential for cell division; they play a critical role in regulating septal–peptidoglycan biosynthesis. Researchers have established the interactions among these three proteins but do not understand yet the mechanism in regulating peptidoglycan synthesis.

In a recent Journal of Biological Chemistry article, Wai-Po Kong and collaborators at the Hong Kong Polytechnic University used hydrogen–deuterium exchange mass spectrometry to investigate these proteins and their complexes. The authors also identified structural dynamic changes and related binding interfaces within the complexes.

The authors state that this study provides experimental evidence of the interactions among these proteins and the role the FtsQBL complex plays in regulating divisome activity.

Eukaryotic cells exposed to insults such as heat, toxins, starvation or viruses assemble temporary stress granules localized in the cytoplasm. The structure and composition of stress granules depend on the nature of the stress; however, some proteins are key players in stress granule formation. G3BP1 is one of them.

G3BP1 is short for RAS GTPase–activating protein SH3 domain–binding protein 1. It’s usually phosphorylated at serine residues, which affects stress granule assembly. However, scientists do not know yet whether G3BP1 is phosphorylated at tyrosine residues or completely understand the effects of this posttranslational modification.

In a Journal of Biological Chemistry article, Susana S-Y. Kim and colleagues at the Singapore Immunology Network and Agency for Science, Technology and Research describe their recent study of tyrosine phosphorylation effects on G3BP1.

The authors used a combination of immunoprecipitation and blotting to show that G3BP1 is tyrosine-phosphorylated when cells are stimulated with a simulator of viral infection. They used co-immunoprecipitation and inhibitor studies to show that Bruton’s tyrosine kinase, or BTK, binds and phosphorylates G3BP1. Microscopy and mutational and biochemical cross-linking confirmed that tyrosine 40 residue is phosphorylated by BTK and is critical for G3BP1 oligomerization.

The authors conclude that G3BP1 phosphorylation by BTK induces its oligomerization, facilitating the condensation of ribonucleoprotein complexes into macromolecular aggregates, which shows how sensing of viral RNA by immune receptors leads to the formation of stress granules via tyrosine phosphorylation.

Interrogating the intricacies of the ‘happy tree’ 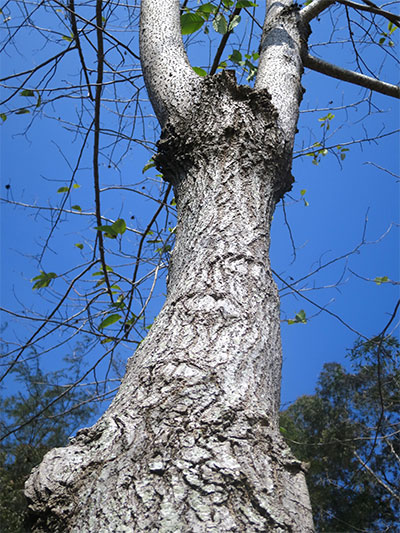 Courtesy of Geographer on Wikimedia Commons
Camptotheca acuminata in Hong Kong in winter.

Terpene indole alkaloids help many flowering plants protect themselves against ultraviolet irradiation, fungal and bacterial infection, and attacks by hungry herbivores. These specialized metabolites also have been used for ages by people the world over for medicinal purposes.

A few species-specific pathways derive TIAs from common intermediates strictosidine or strictosidinic acid. The penultimate reaction in this pathway is catalyzed by either secologanin synthase or secologanic acid synthase — SLS or SLAS, respectively — depending on the precursor available in the plant. Researchers have identified SLSs and SLASs from different species but do not understand yet the determinants of selectivity.

In a recent Journal of Biological Chemistry article, Justin C. Miller and Mary A. Schuler at the University of Illinois Urbana–Champaign report findings that they say create opportunities for more tailored and varied production of TIAs.

The researchers combined molecular modeling and ancestral sequence reconstruction with biochemical techniques to identify the amino acid residues that affect SLS and SLAS selectivity in two enzymes from Camptotheca acuminata, a plant native to China whose Chinese name translates directly to “happy tree.” The authors found key amino acid residues that, as they put it, “toggle SLS and SLAS selectivity.”

The authors concluded, “As genetic and biochemical knowledge of specialized metabolism in plants continues to increase, studying the evolutionary development of biosynthetic pathways using methods like (ancestral sequence reconstruction) will aid the design of these pathways and the enzymes that constitute them.”