ASBMB Today Science Expecting too much from a COVID vaccine
News

Scientists warn Americans are expecting too much from a COVID vaccine 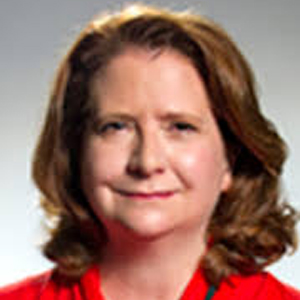 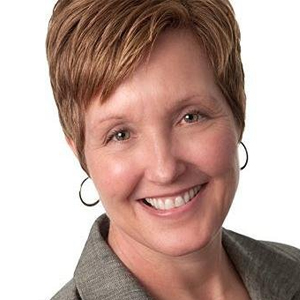 The White House and many Americans have pinned their hopes for defeating the COVID-19 pandemic on a vaccine being developed at “warp speed.” But some scientific experts warn they’re all expecting too much, too soon. 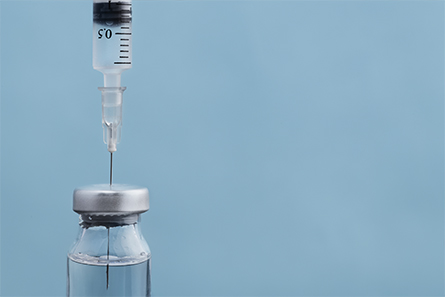 “Everyone thinks COVID-19 will go away with a vaccine,” said Dr. William Haseltine, chair and president of Access Health International, a foundation that advocates for affordable care.

Ongoing clinical trials are primarily designed to show whether COVID-19 vaccines prevent any symptoms of the disease — which could be as minor as a sore throat or cough. But the trials, which will study 30,000 to 60,000 volunteers, will be too short in duration and too small in size to prove that the vaccines will prevent what people fear most — being hospitalized or dying — by the time the first vaccine makers file for emergency authorization, expected to occur later this year, Haseltine said.

The United States should hold out for an optimal vaccine, with more proven capabilities, Haseltine argued. Others say the crushing toll of the pandemic — which has killed at least 225,000 Americans — demands that the country accept the best vaccine it can achieve within the next few months, even if significant questions remain after its release.

“There’s a tension between getting every piece of information and getting a vaccine [out] in time to save lives,” said Dr. William Schaffner, a professor of preventive medicine and health policy at the Vanderbilt University Medical Cancer.

“Would we like to know if the vaccine reduces illness or mortality? Of course,” said Dr. Peter Lurie, a former FDA official and the current president of the Center for Science in the Public Interest. “But there is a real time pressure. This is a pandemic. It’s explosive.”

Researchers debated how rigorously to test COVID-19 vaccines at a public meeting Oct. 22 of the Food and Drug Administration advisory committee on vaccines.

“Simply preventing mild cases is not enough and may not justify the risks associated with vaccination,” said Peter Doshi, an associate professor at the University of Maryland School of Pharmacy who detailed his concerns in an editorial in The BMJ.

But vaccine experts say there are good reasons to focus on milder cases of COVID-19.

Vaccines that prevent mild disease typically prevent severe disease, as well, said Dr. Arnold Monto, an epidemiologist at the University of Michigan’s School of Public Health and temporary chair of the vaccine committee.

For example, the original studies of the measles vaccine showed only that it prevented measles, not hospitalizations or deaths, said Dr. Kathleen Neuzil, director of the University of Maryland’s Center for Vaccine Development and Global Health.

Later studies found that measles vaccines dramatically reduce mortality. According to the World Health Organization, worldwide deaths from measles fell by 73% from 2000 to 2018 because of vaccines.

“There simply does not exist an example in vaccinology of vaccines that are effective against mild disease that are not more effective in severe disease,” said Dr. Philip Krause, deputy director of the vaccine office at the FDA’s Center for Biologics Evaluation and Research, at Thursday’s hearing.

Dr. Paul Offit, who developed the rotavirus vaccine, compared preventing the coronavirus to fighting a fire.

“If you put out a small fire in the kitchen, you don’t have to worry about the whole house catching fire,” said Offit, a member of the FDA advisory committee on vaccines.

Proving that a vaccine prevents severe illness and death is harder than showing it protects against mild illness because hospitalizations and deaths are much rarer. That’s especially true among the type of health-conscious people who volunteer for vaccine trials, who are probably more likely than others to wear masks and socially distance, Schaffner said.

“When we looked at hospitalizations in older adults with influenza, those were two-year trials,” Neuzil said. In an ongoing study, in which “we’re looking at typhoid vaccines in nearly 30,000 children, it’s a two-year trial.”

The COVID-19 pandemic has officially infected about 8.7 million Americans. Considering that the true number of Americans infected is estimated to be six to 10 times higher than reported, the mortality rate is about 0.6%, said Dr. Amesh Adalja, a senior scholar at the Johns Hopkins University Center for Health Security.

Scientists agree that the ideal vaccine would provide “sterilizing immunity” — which means preventing not only disease symptoms but any infection with the virus, said Dr. Corey Casper, a vaccinologist with the Fred Hutchinson Cancer Research Center and chief executive officer at the Infectious Disease Research Institute in Seattle.

For example, two doses of measles vaccines prevent 97% of people from even becoming infected with that virus.

Few expect COVID-19 vaccines to be that effective. “We’re trying to lower that bar and determine how much lower is acceptable,” Casper said.

“We’re probably not going to have the perfect vaccine,” he said. “But I do think we’re likely to have vaccines that, if we can show they’re safe, can put an inflection point on this pandemic. … I think it’s still important to have a vaccine that has some effect even on mild illness.”

During the 2018-19 U.S flu season, vaccination prevented an estimated 4.4 million influenza illnesses, 2.3 million medical visits, 58,000 hospitalizations and 3,500 influenza-associated deaths, according to the Centers for Disease Control and Prevention.

A trial of 30,000 to 60,000 people is already fairly large by historical standards. Dramatically expanding the size beyond that isn’t practical in a compressed time frame, Krause said.

“If the endpoint of the trial is severe disease, the trials may need to be almost 10 times as big,” he said at the meeting. “And those trials would be infeasible and we would never get a vaccine.”

On the other hand, “if there is a vaccine that appears to have high efficacy or appears to be capable of saving lives, one doesn’t want to stop that vaccine if there is a significant chance that it will save lives,” Krause said.

Although the coronavirus vaccine trials are measuring severe disease or death, these are “secondary endpoints,” meaning the current size of the study isn’t large enough to produce a statistically significant answer, Neuzil said.

Whether vaccines reduce severe disease and death will become clear in later studies, after vaccines are distributed, Neuzil said.

Offit said the debate revolves around one question: “How much uncertainty are we willing to live with, knowing that we’re facing a virus that has brought us to our knees?”

Kaiser Health News (KHN) is a national health policy news service. It is an editorially independent program of the Henry J. Kaiser Family Foundation which is not affiliated with Kaiser Permanente.

Liz Szabo, a senior correspondent and enterprise reporter who focuses on the quality of patient care, has covered medicine for two decades.

JoNel Aleccia is a senior correspondent focused on aging and end-of-life issues on the KHN enterprise team.

What is Paxlovid and how will it help the fight against coronavirus?
The Conversation
DNA and vaccines
Meg Taylor
The body’s response to allergic asthma also helps protect against COVID-19
Tina Hesman Saey, Science News
The first malaria vaccine is a leap forward, but we can’t stop now
Matthew Laurens
Debunking common myths about arthritis
Racheal D'Souza
Finding sarcoidosis: A clinical game of hide and seek
Aswathy Rai