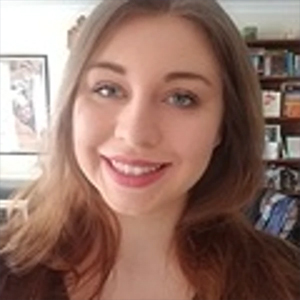 How did life on Earth begin?

One theory biochemists like is called the “RNA World hypothesis.” It focuses on how the first gene made of RNA – DNA’s cousin – originated from individual molecules. If Earth spontaneously generated life, then the first biological molecule must have arisen, well, spontaneously, from chemical activity. 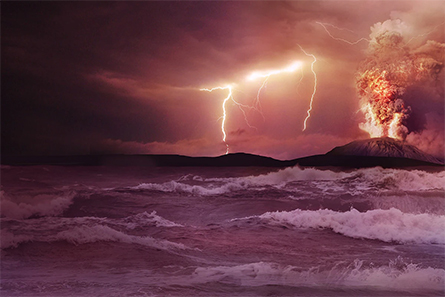 This differs from other biological processes, which function with an assist from enzymes. Enzymes are catalysts that speed up chemical reactions. Without enzymes, we would not be able to produce energy, fight off bacterial invaders, or create new genes.

Recently, Nobel laureate Jack Szostak’s lab made serious headway in answering the life origin question by publishing the first recipe for making a spontaneously self-reproducing gene in a 2020 Journal of the American Chemical Society paper.

...scientists have struggled to experimentally generate a complete and realistic recipe for making whole strands of RNA

Think of the RNA world as a pot of gazpacho. We prepare ingredients and then stir them into a single pot, chill the liquid (essential, as Earth’s primordial temperatures could have been just above freezing) and then, voila! RNA strands made of four nucleotides (the individual pieces of RNA and DNA): cytosine (C), guanine (G), adenine (A) and uracil (U), emerge.

Scientists provided the first optimal recipe to make half of the RNA set, the Cs and the Us, in 2009. But since then, scientists have struggled to experimentally generate enough of their A and G counterparts to create a complete and realistic recipe for making whole strands of RNA, not just individual pieces with only half the nucleotides. 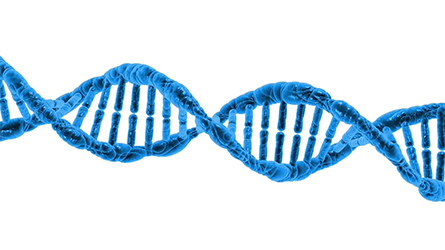 The RNA world hypothesis seeks to figure out how life, and its DNA, arose from the primordial soup of early Earth

Szostak took a counter-intuitive approach – adding everything but the kitchen sink – to formulate his new recipe. He based his experiment on a 2018 study that demonstrated the standard A, G, C, and U mixture can be produced by stirring in a totally different ingredient, known as arabinonucleic acids (ANA).

ANAs are almost identical to RNAs, but one of their oxygen atoms points in a different direction: RNA molecules have their oxygen facing right, and ANA molecules have theirs facing left. By adding in ANA nucleotides to a mixture of DNA and RNA nucleotides (along with some salt), Szostak’s team hoped to produce RNA-only strands that could self-replicate.

In cells, RNA acts as a time-sensitive copy of a DNA genome. Once RNA is copied off of DNA, it is used by ribosomes as instructions to produce proteins. Without proteins, life is impossible. But the ribosome is itself a mix of protein and RNA. This creates a real chicken-and-the-egg conundrum. Because of this, scientists initially thought that RNA could not be life’s starting point.

But then scientists discovered that RNA could function as the genome, the messenger and the manufacturing plant, all due to its catalytic, enzyme-like properties. This discovery so upended the field that the scientists shared the Nobel Prize in Chemistry only ten years after its discovery.

Szostak’s team noticed that ANA, RNA, and DNA nucleotides could arise from the same precursor – indicating that all three could originate from the same ingredients that existed in primordial Earth.  These nucleotides can naturally assemble into very small strands, but not much more. Other nucleotides can pair with that single strand, to form a growing double-strand, like two threads woven together. As more nucleotides attach, the closer they can come to a functioning double-stranded gene, something that contains actual genetic information.

DNA can’t form long enough strands to make functional genes on its own. Imagine a pile of Legos. Maybe a few have stuck together here and there, but mostly they just sit separately until someone puts them together. That’s DNA. ANA and RNA are different – they’re like, say, magnetic Legos – and are more likely to form strands on their own (imagine in the gif below that each magnet is an RNA or ANA nucleotide). But on their own, ANA and RNA don’t do that very quickly. For RNA to form a strand, chemical ingredients need to either stabilize the RNA nucleotides (like putting the magnetic Legos in a box so they’re closer together) or make the reaction happen more easily to result in a final product.

Szostak and his research team saw three important things when they combined ANA bases with RNA and DNA bases. Their most important observation was simple: when both ANAs and RNAs were present, the assembly of strands, using RNA nucleotides more likely to be present in primordial Earth, was much faster than it was when only RNAs were present.

This led to their second observation: in strands made of both ANA and RNA, if the final nucleotide on a strand was an ANA nucleotide, adding the next nucleotide took so long that the strand simply stopped growing. The researchers interpreted this phenomenon as a way for RNAs to self-regulate the size of their strands. RNA synthesis, in the absence of proteins, has to turn itself on and off at the right times. With random addition of ANA nucleotides, the “self-replicating” reactions cannot produce too many of the same type of RNA. Producing too many of one kind of RNA is a problem because different lengths and kinds of RNA do different jobs. You want variety.

The third observation was the formation of bridges, places where two strands became physically fused together. Usually, strands of DNA or RNA are held together like two pieces of Velcro, but they can be peeled apart. Unlike other strands, the strands made exclusively of ANA bases could form bridges with the newly forming RNA strand, making the assembly process about 70 times faster than other template-“copier” combinations.

These observations together point to a chemically functional role of ANAs that would significantly increase the rate of RNA synthesis and stability in the environment of a primordial Earth. Szostak’s unusual addition to his recipe likely became the “secret ingredient” to making the most plausible RNA-filled gazpacho to date. And with that, the scientific debate around the origins of life on Earth keeps on simmering.