Dry mouth might not seem like a pressing concern in the middle of a pandemic. However,the condition affects between 10% and 30% of adults and seniors — most often as a side effect of radiation therapy for head and neck cancers or as a symptom of autoimmune diseases such as Sjögren’s syndrome — and can increase a patient’s risk of developing dental decay, tooth demineralization and oral infections. 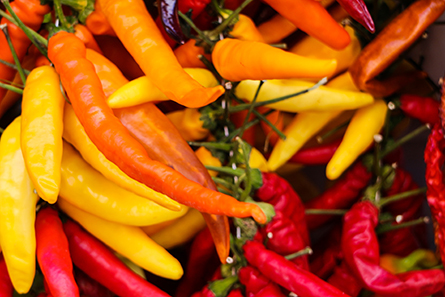 Barbara Kosulin/Unsplash
Nonivamide is one of the active compounds in chile peppers and is more heat-stable
than capsaicin.

In a step toward developing drugs that might treat dry mouth, or xerostomia, researchers at King’s College London performed a nonbiased proteomics analysis of the effects that various natural compounds have on the channels of chemesthetic transient receptors, also known as TRP channels, expressed on the mucosal membrane that lines the inside of the mouth. They published their findings detailing the compounds’ influence on the flow and protein composition of saliva in the journal Molecular & Cellular Proteomics.

The proteomics analysis was the product of a collaboration between Jack Houghton, now a postdoctoral researcher at a University of Cambridge proteomics facility, and the lab of Gordon Proctor, a professor of salivary biology at King’s College London.

“The group has been studying dry mouth from a number of different angles for several years,” Houghton said. “But ultimately, it’s quite an open question still because it’s not just a lack of saliva, it’s also the quality or the content of the saliva that changes, and these changes cause differences in how flavors adhere to the mucosal surfaces in the mouth.”

Where saliva comes from is also a key distinction. The human mouth contains three major salivary glands — the parotid far behind the molars, the sublingual below the tongue and the submandibular beneath the mandibles — and close to 1,000 minor glands dotted across the tongue, palate and lips.

“There are hundreds of minor salivary glands in the lip — you can kind of feel them if you rub your tongue against your lip, the little hard, circular balls,” Houghton said. “We are interested in these minor glands because they are within the mucosal surfaces where we thought that we might see differences or changes in how this saliva adheres.”

Houghton and colleagues applied multibatch quantitative mass spectrometryto saliva collected from volunteers who had rinsed their mouths with a TRP agonist. They found that nonivamide, a capsaicinlike agonist of the TRPV1 channel that is naturally found in chile peppers, and menthol, an agonist of the TRMP8 channel, both caused an increase in the secretion of digestive proteins and the flow of saliva in all parts of volunteers’ mouths, including the minor glands. As both compounds are alkaloids, they would not carry the same risks as acidic tastants that stimulate salivary secretion but erode enamel tissues.

This expands on previous findings that agonists of salivary channels such as piperine, an alkaloid found in black peppers, and capsaicin, the active compound in chile peppers that has been explored for its role in mitigating obesity, high blood pressure and neuropathic pain, are able to increase the flow of saliva in patients’ mouths.

Houghton and his colleagues plan to examine the mechanisms the TRP agonists use to modify the rheological properties of saliva. Fortunately, the saliva they’ll be analyzing was collected two years ago – long before the COVID-19 pandemic limited access to both research labs and willing volunteers.

“The next steps have already been carried out, but haven’t been published yet,” Houghton said. “They are essentially further investigations into the direct stimulation of the saliva gland cells by the TRP agonists.” 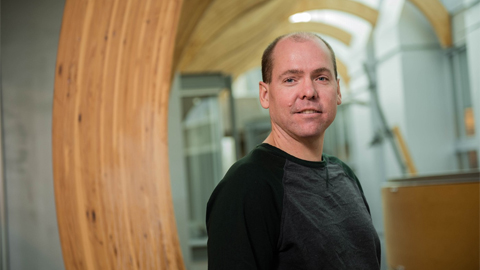