ASBMB Today Science What are the advantages of an mRNA vaccine for COVID-19?
Feature

What are the advantages of an mRNA vaccine for COVID-19?

They’re easier to manufacture than traditional vaccines, but scientifically their history is checkered 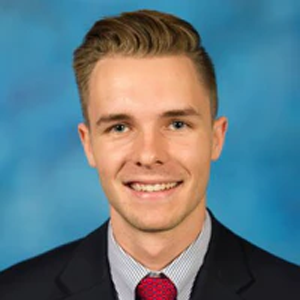 Most human medicines, including vaccines, are small molecules or proteins. A decade ago, a company called Moderna started on the premise of messenger RNA (mRNA) as a therapy. Only two RNA-based therapies have been approved, neither being messenger RNA. While it’s not the only company focused on mRNA, it’s the front runner by far. Within eight years, it became the most valued biotechnology company before breaking a public offering record. Their stock has tripled to over $60 a share as the pandemic swept across the world.

A quick look at their drugs in development reveals a laundry list of therapies for rare metabolic disorders, cancers, heart failure, and a host of pathogens like Zika virus, Epstein-Barr virus, and the novel coronavirus SARS-CoV-2. It is the mRNA technology itself enabling them to tackle such diverse diseases with a single platform.

The premise of any vaccine is to induce a long-lived immune “memory” in the form of B and T cells. Upon any encounter with a pathogen (which can be bacteria or viruses), these cells will recognize the danger and fight it off by destroying the pathogen and pathogen-infected cells. The danger signal takes the form of an antigen, a molecule that notifies the immune system of a pathogen. For SARS-CoV-2, the antigen targeted by B and T cells is usually a protruding spike protein on the surface of the virus. The challenge in vaccination is inducing this response without, which requires a handshake between an antigen-presenting cell and a specific type of T cell, without getting people sick. It’s the antigen peptide (smaller sections of antigen molecule) presented in this interaction that determines the target of the immune response.

Common vaccines are weakened or inactivated versions of the virus, like the yearly flu or the polio vaccine children receive 2 months after birth. A huge variety of antigens, some useful and some not, can be presented since cells are receiving the entirety of the virus. Newer vaccines utilize other engineered, well-studied doses containing specific regions of the target pathogen to create specific immune reactions. Moderna’s challenger in the race for a COVID-19 vaccine is based on this concept. Astra Zeneca’s vaccine candidate is a nonreplicating, weakened version of the common cold virus that contains the SARS-CoV-2 spike protein. This approach has been successful before as the first Ebola vaccine. Other approaches simply inject the proteins researchers want the body to recognize as a danger, along with other molecules to raise the alarm initially for the vaccine response. For SARS-CoV-2, the surface spike protein is the most common target to be tested for vaccines. 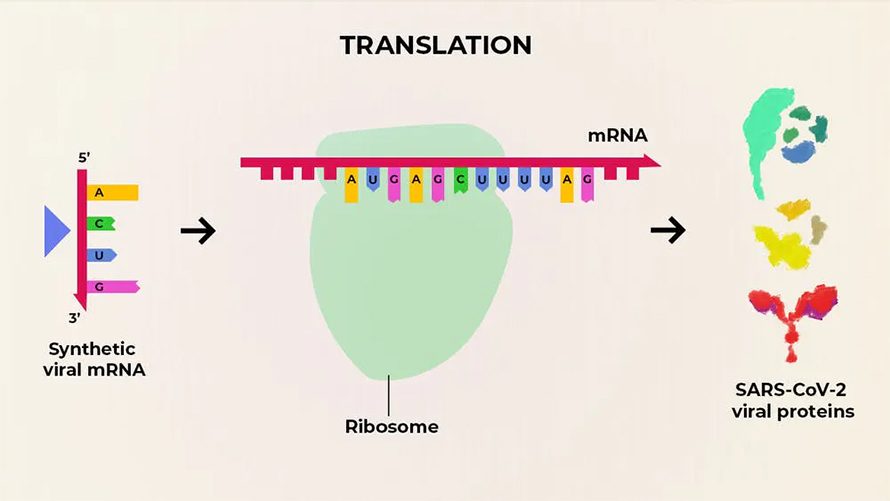 Courtesy of The Conversation
An mRNA vaccine provides a patient’s cells with the mRNA to create proteins from SARS-CoV-2, which cause an immune response

The mRNA vaccine belongs in the last potential category for a vaccine to prevent COVID-19. Moderna’s vaccine candidate inserts mRNA into cells, which is translated into the exact protein antigens researchers design for the immune response. Instead of manufacturing inactivated virus, viral carriers, or proteins, Moderna manufactures these RNA sequences. After delivery, a person’s cells act as the factory, no virus necessary. By enabling the cells to generate the antigens, it avoids the costly, difficult purification of proteins and equips the proteins with typical features viral proteins have, like surface sugars and the correct 3D shape. The flexibility of this platform stems from the ease of working with genomic sequences. Inject the diligently-defined sequence of A’s, T’s, C’s, and G’s and voilà, the cells do the rest. They are easy to design, produce, and test once the sequence of the pathogen is known. Others cite safety and efficacy benefits, which may be theoretically true, but as with every medicine, will need to be fully tested. Many of these benefits are similarly shared with DNA vaccines, which are slightly different in their design and delivery and are used in veterinary medicine.

Do mRNA vaccines have advantages over traditional protein vaccines? Scientifically, it’s still unclear. Early studies showed underwhelming results, but the molecular design and delivery of these vaccines has quickly progressed. Beyond manufacturing benefits, some have suggested that, in theory, they may require less adjuvant (a bolstering second molecule that signals “danger!” to our immune system ) because the mRNA itself is inherently stimulating to our immune systems. Considering the novelty of mRNA vaccines clinically, there isn’t great data regarding protein vs. mRNA vaccines directly. While there may be theoretical benefits to this type of vaccine, it comes down to the tested efficacy and safety of a candidate and, perhaps more importantly in any therapeutic race, who is willing to invest the eight to nine figures required to see any return on their research.

COVID-19 was identified on December 31st, 2019. Five days later, the full sequence of the viral genome was obtained. Eight days after that, the frontrunner vaccine candidate for COVID-19 was finalized at Moderna: mRNA-1273. Within 63 days, Moderna administered their first dose in a NIH-led phase 1 study. Considering the “average” timeline to develop a vaccine is 10-15 years, this is lightspeed acceleration through the scientific and regulatory gauntlet. Moderna doesn’t have a single FDA-approved medicine, making their COVID-19 vaccine candidate extremely high stakes for their platform – not to mention the stakes for all the lives continually at risk for the virus and its socioeconomic upheaval.

With a Phase 3 protocol finalized, so far, so good for mRNA-1273. Initial data from the Phase 1 study highlighted safe and well tolerated responses across the dosages, although some worrisome reactions were noted. Moderna also mentioned, “neutralizing antibody titer level... reaching or exceeding neutralizing antibody titers generally seen in convalescent sera,” meaning some volunteer study participants had antibodies that could inactivate the virus at levels higher than patients with COVID-19. Although scientists are eagerly awaiting the final, complete Phase 1 data, this short statement is exciting.

In a study released to the preprint server bioRxiv, Kizzmekia Corbett, Darin Edwards, and Sarah Leist lead a team centered at the NIH’s Vaccine Research Center profiling mRNA-1273 in mice. The results continue the promising trend, showing mice vaccinated with mRNA-1273 are protected from the virus, have neutralizing antibody responses, and harbor less virions in the airways of the mice. This is exactly the type of immune response vaccines need to elicit. Phase 2, now underway, includes 600 patients receiving two doses.

The preliminary nature of these data can’t be overemphasized, but we can be hopeful. Questions remain as to the scale and cost of vaccinating the global population, but Moderna highlights their partnership with Lonza, a biotechnology manufacturing company, to supply 500 million to 1 billion doses annually. The messenger RNA platform more than a decade in the works by Moderna has been subbed in in the 9th inning with bases loaded. While it will take many more months to gather all the safety and efficacy data to properly assess this vaccine (and others), the progress thus far has been record-breaking in every measure.

Joshua Peters is a Ph.D. student at the Massachusetts Institute of Technology.