Life-or-death mitochondrial quality control. A novel pathway for DNA mismatch repair. The role of a key player enzyme in cell survival. Read about papers on these topics recently published in the Journal of Biological Chemistry. 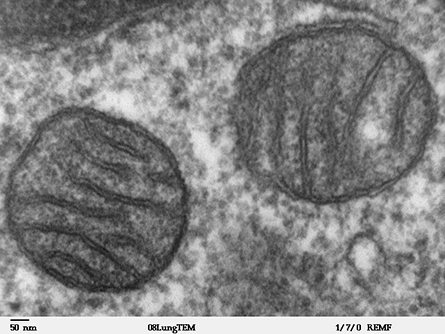 Apoptosis, or programmed cell death, is a critical process for the homeostasis of cell populations. Disturbances to this mechanism can lead to cancer and other immune and neurodegenerative diseases.

Mitochondrial outer-membrane permeabilization, or MOMP, is a part of the apoptosis pathway that involves mitochondria and one way apoptosis can be activated. Researchers recently discovered an additional mechanism involving cells that are exposed to weak cell stressors, which can evade MOMP-dependent cell death, and coined the term “minority MOMP.” So far, scientists know little about MOMP uniformity in cells and the frequency of minority MOMP.

In a recent article in the Journal of Biological Chemistry, Yulia Kushnareva of the La Jolla Institute for Immunology and collaborators performed an imaging-based phenotypic small interference RNA screen to identify the genes that affect MOMP response in individual cells. They set up this system to quantify three cellular phenotypes based on specific genes fused to fluorescent proteins — apoptotic cells with mitochondria that went through MOMP, nonapoptotic cells with intact mitochondria, and atypical cells with mitochondria.

The authors identified genes that were downregulated, including genes involved in mitochondrial dynamics and mitophagy — mitochondria degradation by autophagy — which increased MOMP diversity within cells. The researchers further determined several genes involved in mitochondrial quality control, or MQC, were essential to post-MOMP survival. The authors conclude that the MQC system is a key player that helps reduce minority MOMP, making this mechanism a potential target to improve the toxic effects of anticancer drugs.

One of the major DNA repair mechanisms is the DNA mismatch repair, or MMR, system, which corrects replication errors that make it past the proofreading process during DNA replication. Mutations in several components of the MMR system can lead to cancer initiation and progression in a multistep process involving repression of tumor suppression genes and oncogene activation. In eukaryotes, the MMR system functions both in an exonuclease 1, or EXO1, dependent and independent fashion. While the EXO1-dependent mechanism is well known, researchers do not yet fully understand the EXO1-independent mechanism.

In a recent Journal of Biological Chemistry article, Lyudmila Kadyrova of the Southern Illinois University School of Medicine and a team of researchers identified a novel EXO1-independent MMR mechanism in which the enzyme DNA2 plays a key role. DNA2 is both a nuclease and a helicase, which means it can both cut and unwind DNA strands.

The role of a key player enzyme in cell survival

Glutathione peroxidase 4, or GPx4, is an antioxidant enzyme that directly reduces peroxidized phospholipids in the cell membrane. It is also an essential regulator of ferroptosis — nonapoptotic cell death induced by lipid peroxidation. Researchers believe GPx4 cytosolic isoform plays a key part in inhibiting ferroptosis in somatic cells; however, they do not yet understand the role of the mitochondrial isoform, or mGPx4, in cell survival.

In a recent Journal of Biological Chemistry article, Kunihiro Azuma of the ophthalmology department at the University of Tokyo and collaborators describe how they studied cell survival using mice with conditional knockouts, or KOs, for all GPx4 isoforms that present a cone–rod dystrophylike phenotype.