Building a mouse squad
against COVID-19

It began with an email from Wuhan, a Maine laboratory and mouse sperm from Iowa. Now that lab is on the verge of supplying a much-needed animal for SARS-CoV-2 research. 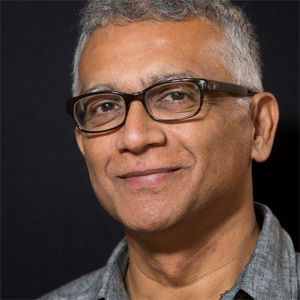 Tucked away on Mount Desert Island off the coast of Maine, the Jackson Laboratory (JAX) may seem removed from the pandemic roiling the world. It’s anything but. The lab is busy breeding animals for studying the SARS-CoV-2 coronavirus and is at the forefront of efforts to minimize the disruption of research labs everywhere.

During normal times, the 91-year-old independent, nonprofit biomedical research institution serves as a leading supplier of research mice to labs around the world. It breeds, maintains and distributes more than 11,000 strains of genetically defined mice for research on a huge array of disorders: common diseases such as diabetes and cancer through to rare blood disorders such as aplastic anemia. Scientists studying aging can purchase elderly mice from JAX for their work; those researching disorders of balance can turn to mice with defects of the inner ear that cause the creatures to keep moving in circles.

But these are not normal times. The Covid-19 pandemic has skyrocketed the demand for new strains of mice to help scientists understand the progression of the disease, test existing drugs, find new therapeutic targets and develop vaccines. At the same time, with many universities scaling back employees on campus, the coronavirus crisis forced labs studying a broad range of topics to cull their research animals, many of which took years to breed and can take equally long to recoup. 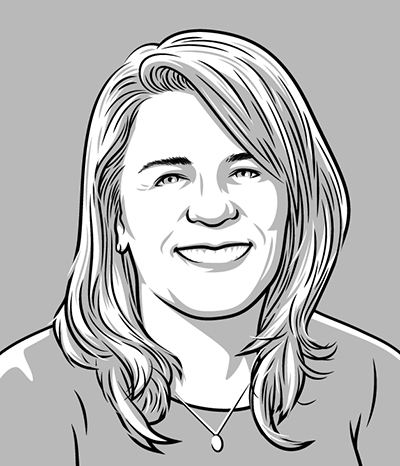 JAX is responding to both concerns, having raced to collect and cryopreserve existing strains of lab mice and to start breeding new ones for CoV-2 research.

Overseeing these efforts is neuroscientist Cathleen “Cat” Lutz, director of the Mouse Repository and the Rare and Orphan Disease Center at JAX. Lutz spoke with Knowable Magazine about the lab’s current round-the-clock activity. This conversation has been edited for length and clarity.

When did you first hear about the new coronavirus?

We heard about it in early January, like everyone else. I have colleagues at the Jackson Laboratory facilities in China. One of them, a young man named Qiming Wang, contacted me on February 3. He is a researcher in our Shanghai office, but he takes the bullet train to Wuhan on the weekends to be back with his family. He was on lockdown in Wuhan. He began describing the situation in China. Police were patrolling the streets. There were a couple of people in his building who were diagnosed positive for Covid-19. It was an incredibly frightening time.

At the time, in the US we were not really thinking about the surge that was going to hit us. And here was a person who was living through it. He sent us a very heartfelt and touching email asking: What could JAX do?

We started discussing the various ways that we could genetically engineer mice to better understand Covid-19. And that led us to mice that had been developed after the 2003 SARS outbreak, which was caused by a different coronavirus called SARS-CoV. There were mouse models made by various people, including infectious disease researcher Stanley Perlman at the University of Iowa, to study the SARS-CoV infection. It became clear to us that these mice would be very useful for studying SARS-CoV-2 and Covid-19.

We got on the phone to Stanley Perlman the next day.

These mice, unlike normal mice, are susceptible to SARS.

In humans, the virus’ spike protein attaches to the ACE2 receptor on epithelial cells and enters the lungs. But coronaviruses like SARS-CoV and SARS-CoV-2 don’t infect your normal laboratory mouse — or, if they do, it’s at a very low rate of infection and the virus doesn’t replicate readily. That’s because the virus’ spike protein doesn’t recognize the regular lab mouse’s ACE2 receptor. So the mice are relatively protected. 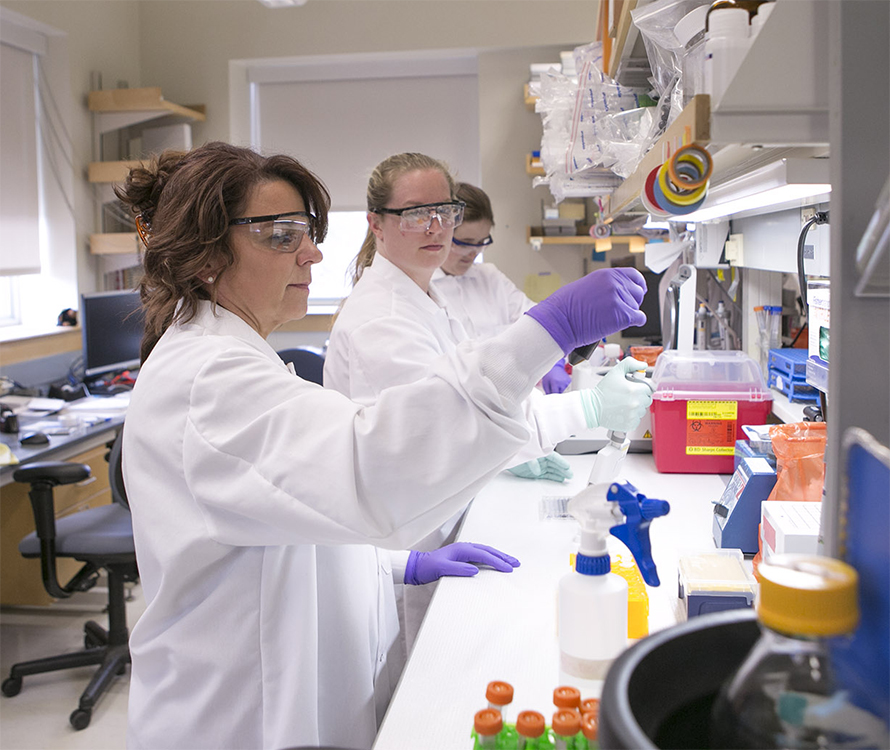 PHOTO BY AARON BOOTHROYD / THE JACKSON LABORATORY
Cat Lutz (left) and colleagues at work in a lab at the Jackson Laboratory.

Perlman, in a 2007 paper about these mice, recognized that SARS wasn’t the first coronavirus, and it wasn’t going to be the last. The idea that we would be faced at some point with another potential coronavirus infection, and that these mice could possibly be useful, was like looking into a crystal ball.

How did Perlman respond to the JAX request?

It was an immediate yes. He had cryopreserved vials of sperm from these mice. One batch was kept at a backup facility. He immediately released the backup vials and sent us his entire stock — emptied his freezer and gave it to us. We had the sperm delivered to us within 48 hours from when Qiming contacted me.

What have you been doing with the sperm?

We start with C57BL/6 mice, the normal laboratory strain. We have thousands and thousands of them. We stimulate the females to superovulate and collect their eggs. And then, just like in an IVF clinic, we take the cryopreserved sperm from Perlman’s lab, thaw it very carefully, and then put the sperm in with the eggs and let them fertilize. Then we transplant the fertilized eggs into females that have been hormonally readied for pregnancy. The females accept the embryos that then gestate to term and, voila, we have Perlman’s mice. We can regenerate a thousand mice in one generation.

Have you made any changes to Perlman’s strain?

We haven’t made any changes. Our primary directive is to get these mice out to the community so that they can begin working with the antivirals and the vaccine therapies.

But these mice haven’t yet been infected with the new coronavirus. How do you know they’ll be useful?

We know that they were severely infected with SARS-CoV, and so we expect the response to be very severe with CoV-2. It’s not the same virus, but very similar. The spike protein is structurally nearly the same, so the method of entry into the lungs should be the same. If there’s any model out there that is capable of producing a response that would that would look like a severe disease, a Covid-19 infection, it’s these mice. We have every expectation that they’ll behave that way.

Have researchers been asking for these mice?

We’ve had over 250 individual requests for large numbers of mice. If you do the math, it’s quite a lot. We’ll be able to supply all of those mice within the first couple weeks of July. That’s how fast we got this up and going. It’s kind of hard to believe because, on one hand, you don’t have a single mouse to spare today, but in eight weeks, you’re going to have this embarrassment of riches.

How will researchers use these mice?

After talking with people, we learned that they don’t yet know how they are going to use them, because they don’t know how these mice are going to infect. This is Covid-19, not SARS, so it’s slightly different and they need to do some pilot experiments to understand the viral dose [the amount of the virus needed to make a mouse sick], the infectivity [how infectious the virus is in these mice], the viral replication, and so on. What’s the disease course going to be? Is it going to be multi-organ or multi-system? Is it going to be contained to the lungs? People just don’t know.

The researchers doing the infectivity experiments, which require solitary facilities and not everybody can do them, have said without hesitation: “As soon as we know how these mice respond, we’ll let you know.” They are not going to wait for their Cell publication or anything like that. They know it’s the right thing to do. 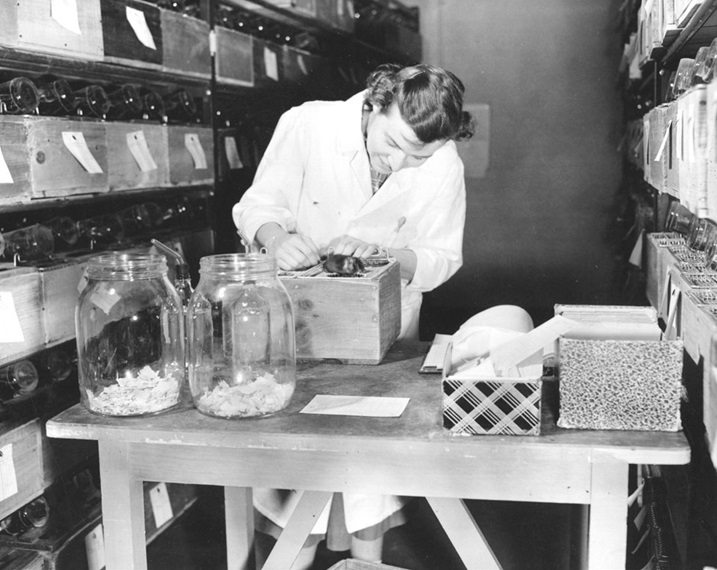 THE JACKSON LABORATORY
Scientist Margaret Dickie in a mouse room at JAX in 1951. Jax was founded in 1929 — today, it employs more than 2,200 people
and has several US facilities as well as one in Shanghai.

Research labs around the country have shut down because of the pandemic and some had to euthanize their research animals. Was JAX able to help out in any way?

We were a little bit lucky in Maine because the infection rate was low. We joke that the social distancing here is more like six acres instead of six feet apart. We had time to prepare and plan for how we would reduce our research program, so that we can be ready for when we come back.

A lot of other universities around the country did not have that luxury. They had 24 hours to cull their mouse colonies. A lot of people realized that some of their mice weren’t cryopreserved. If they had to reduce their colonies, they would risk extinction of those mice. Anybody who’s invested their research and time into these mice doesn’t want that to happen.

So they called us and asked for help with cryopreservation of their mice. We have climate-controlled trucks that we use to deliver our mice. I call them limousines — they’re very comfortable. We were able to pick up their mice in these “rescue trucks” and cryopreserve their sperm and embryos here at JAX, so that when these labs do reopen, those mice can be regenerated. I think that’s very comforting to the researchers.

Did JAX have any prior experience like this, from having dealt with past crises?

Yes. But those have been natural disasters. Hurricane Sandy was one, Katrina was another. Vivariums in New York and Louisiana were flooding and people were losing their research animals. They were trying to preserve and protect anything that they could. So that was very similar.

JAX has also been involved in its own disasters. We had a fire in 1989. Before that, there was a fire in 1947 where almost the entire Mount Desert Island burned to the ground. We didn’t have cryopreservation in 1947. People ran into buildings, grabbing cages with mice, to rescue them. We are very conscientious because we’ve lived through it ourselves.

How have you been coping with the crisis?

It’s been probably the longest 12 weeks that I’ve had to deal with, waiting for these mice to be born and to breed. I’ve always known how important mice are for research, but you never know how critically important they are until you realize that they’re the only ones that are out there.

We wouldn’t have these mice if it weren’t for Stanley Perlman. And I think of my friend Qiming emailing me from his apartment in Wuhan, where he was going through this horrible situation that we’re living in now. Had it not been for him reaching out and us having these conversations and looking through the literature to see what we had, we probably wouldn’t have reached this stage as quickly as we have. Sometimes it just takes one person to really make a difference.

Anil Ananthaswamy is a science journalist who enjoys writing about cosmology, consciousness and climate change. 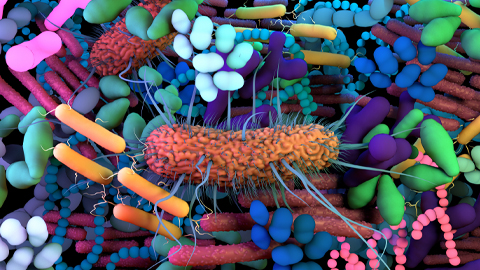 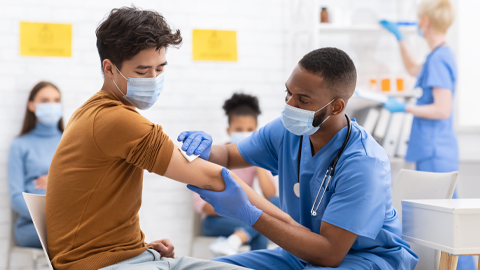 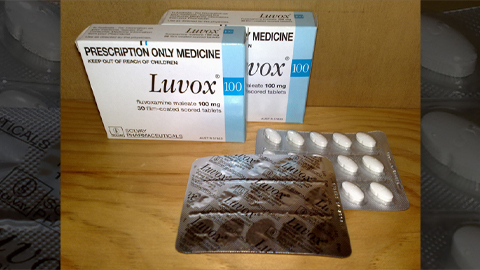