A brief history of the periodic table

The periodic table of elements is a common sight in classrooms, campus hallways and libraries, but it is more than a tabular organization of pure substances. Scientists can use the table to analyze reactivity among elements, predict chemical reactions, understand trends in periodic properties among different elements and speculate on the properties of those yet to be discovered.

The modern periodic table arranges the elements by their atomic numbers and periodic properties. Several scientists worked over almost a century to assemble the elements into this format.

Wikimedia
Among the scientists who worked to created a table of the elements were, from left, Antoine Lavoisier, Johann Wolfang Döbereiner, John Newlands and Henry Moseley.

In 1789, French chemist Antoine Lavoisier tried grouping the elements as metals and nonmetals. Forty years later, German physicist Johann Wolfang Döbereiner observed similarities in physical and chemical properties of certain elements. He arranged them in groups of three in increasing order of atomic weight and called them triads, observing that some properties of the middle element, such as atomic weight and density, approximated the average value of these properties in the other two in each triad. 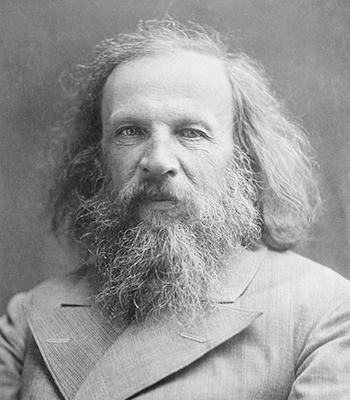 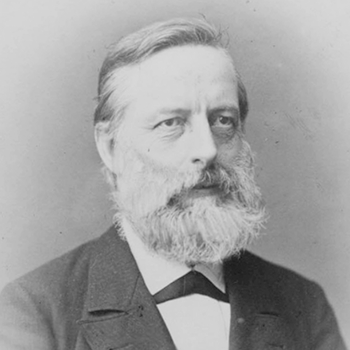 British chemist John Newlands was the first to arrange the elements into a periodic table with increasing order of atomic masses. He found that every eight elements had similar properties and called this the law of octaves. He arranged the elements in eight groups but left no gaps for undiscovered elements.

In 1869, Russian chemist Dmitri Mendeleev created the framework that became the modern periodic table, leaving gaps for elements that were yet to be discovered. While arranging the elements according to their atomic weight, if he found that they did not fit into the group he would rearrange them. Mendeleev predicted the properties of some undiscovered elements and gave them names such as "eka-aluminium" for an element with properties similar to aluminium. Later eka-aluminium was discovered as gallium. Some discrepancies remained; the position of certain elements, such as iodine and tellurium, could not be explained.

German chemist Lothar Meyer produced a version of the periodic table similar to Mendeleev’s in 1870. He left gaps for undiscovered elements but never predicted their properties. The Royal Society of London awarded the Davy Medal in 1882 to both Mendeleev and Meyer. The later discovery of elements predicted by Mendeleev, including gallium (1875), scandium (1879) and germanium (1886), verified his predictions and his periodic table won universal recognition. In 1955 the 101st element was named mendelevium in his honor. 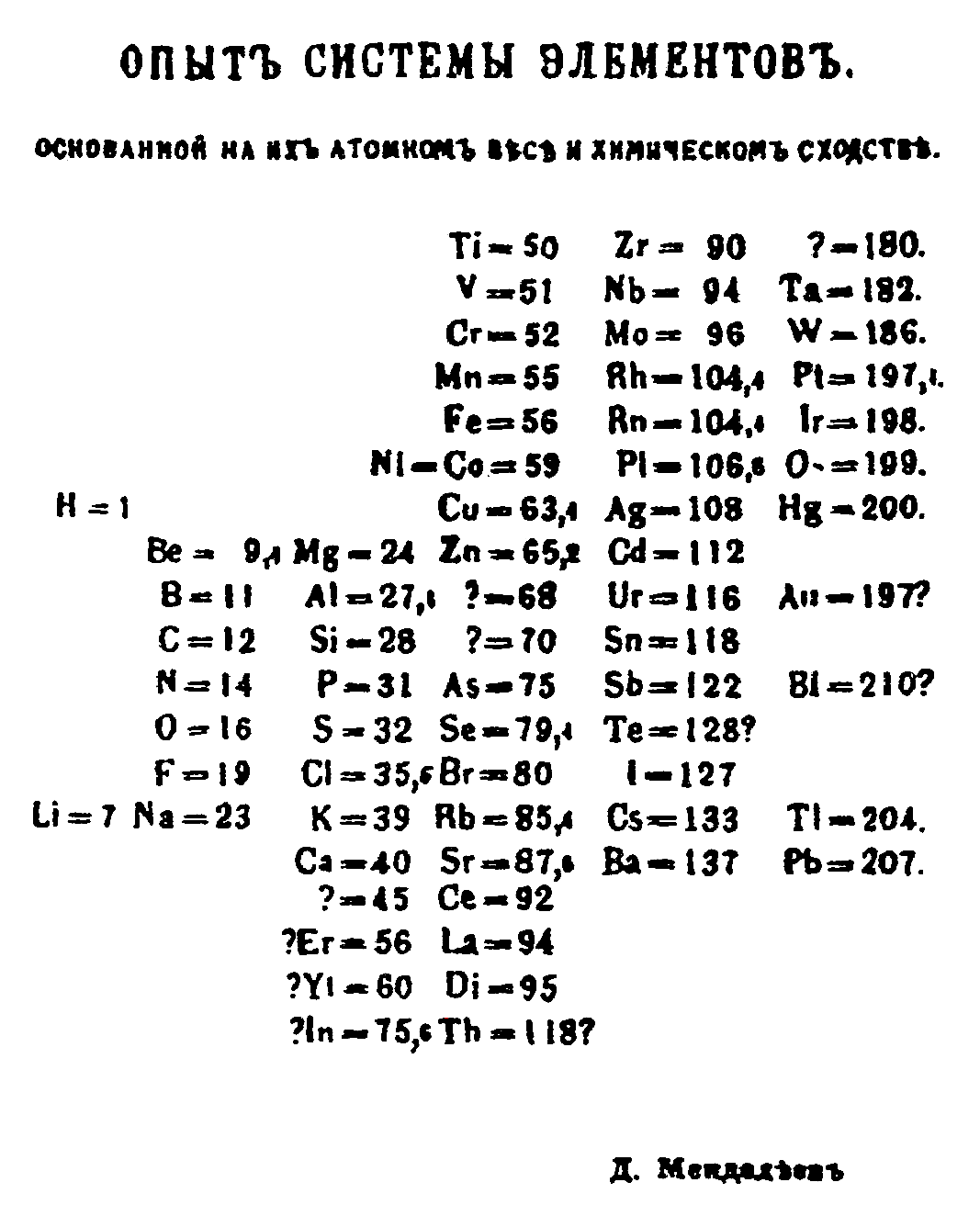 Wikimedia
The 1869 periodic table by Mendeleev in Russian, with a title that translates "An experiment on a system of elements ... based on their atomic weights and chemical similarities." .

The concept of sub-atomic particles did not exist in the 19th century. In 1913, English physicist Henry Moseley used X-rays to measure the wavelengths of elements and correlated these measurements to their atomic numbers. He then rearranged the elements in the periodic table on the basis of atomic numbers. This helped explain disparities in earlier versions that had used atomic masses.

In the periodic table, the horizontal rows are called periods, with metals in the extreme left and nonmetals on the right. The vertical columns, called groups, consist of elements with similar chemical properties. The periodic table provides information about the atomic structure of the elements and the chemical similarities or dissimilarities between them. Scientists use the table to study chemicals and design experiments. It is used to develop chemicals used in the pharmaceutical and cosmetics industries and batteries used in technological devices.

UNESCO named 2019 the International Year of the Periodic Table to mark the 150th anniversary of Mendeleev’s publication. Researchers and teachers worldwide took this opportunity to reflect on the importance of the periodic table and spread awareness about it in classrooms and beyond. Workshops and conferences encouraged people to use the knowledge of the periodic table to solve problems in health, technology, agriculture, environment and education. Publication houses organized monthly activities such as quiz contests, podcasts, personal story sections and industry site tours. These initiatives demonstrated how the elements are integral to our daily lives in medicines, pesticides and lithium batteries.

On its website marking the celebration, UNESCO wrote, “The Periodic Table of Chemical Elements is more than just a guide or catalogue of the entire known atoms in the universe; it is essentially a window on the universe, helping to expand our understanding of the world around us.”