Great achievements in science and technology in ancient Africa 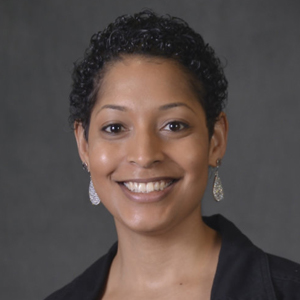 Despite suffering through the horrific system of slavery, sharecropping and the Jim Crow era, early African-Americans made countless contributions to science and technology (1). This lineage and culture of achievement, though, emerged at least 40,000 years ago in Africa. Unfortunately, few of us are aware of these accomplishments, as the history of Africa, beyond ancient Egypt, is seldom publicized.

Sadly, the vast majority of discussions on the origins of science include only the Greeks, Romans and other whites. But in fact most of their discoveries came thousands of years after African developments. While the remarkable black civilization in Egypt remains alluring, there was sophistication and impressive inventions throughout ancient sub-Saharan Africa as well. There are just a handful of scholars in this area. The most prolific is the late Ivan Van Sertima, an associate professor at Rutgers University. He once poignantly wrote that “the nerve of the world has been deadened for centuries to the vibrations of African genius” (2).

Here, I attempt to send an electrical impulse to this long-deadened nerve. I can only fly by this vast plane of achievements. Despite this, it still should be evident that the ancient people of Africa, like so many other ancients of the world, definitely had their genius.

Surely only a few of us know that many modern high-school-level concepts in mathematics first were developed in Africa, as was the first method of counting. More than 35,000 years ago, Egyptians scripted textbooks about math that included division and multiplication of fractions and geometric formulas to calculate the area and volume of shapes (3). Distances and angles were calculated, algebraic equations were solved and mathematically based predictions were made of the size of floods of the Nile. The ancient Egyptians considered a circle to have 360 degrees and estimated Π at 3.16 (3).

Eight thousand years ago, people in present-day Zaire developed their own numeration system, as did Yoruba people in what is now Nigeria. The Yoruba system was based on units of 20 (instead of 10) and required an impressive amount of subtraction to identify different numbers. Scholars have lauded this system, as it required much abstract reasoning (4).

Several ancient African cultures birthed discoveries in astronomy. Many of these are foundations on which we still rely, and some were so advanced that their mode of discovery still cannot be understood. Egyptians charted the movement of the sun and constellations and the cycles of the moon. They divided the year into 12 parts and developed a yearlong calendar system containing 365 ¼ days (3). Clocks were made with moving water and sundial-like clocks were used (3).

A structure known as the African Stonehenge in present-day Kenya (constructed around 300 B.C.) was a remarkably accurate calendar (5). The Dogon people of Mali amassed a wealth of detailed astronomical observations (5). Many of their discoveries were so advanced that some modern scholars credit their discoveries instead to space aliens or unknown European travelers, even though the Dogon culture is steeped in ceremonial tradition centered on several space events. The Dogon knew of Saturn’s rings, Jupiter’s moons, the spiral structure of the Milky Way and the orbit of the Sirius star system. Hundreds of years ago, they plotted orbits in this system accurately through the year 1990 (6). They knew this system contained a primary star and a secondary star (now called Sirius B) of immense density and not visible to the naked eye.

Many advances in metallurgy and tool making were made across the entirety of ancient Africa. These include steam engines, metal chisels and saws, copper and iron tools and weapons, nails, glue, carbon steel and bronze weapons and art (2, 7).

Advances in Tanzania, Rwanda and Uganda between 1,500 and 2,000 years ago surpassed those of Europeans then and were astonishing to Europeans when they learned of them. Ancient Tanzanian furnaces could reach 1,800°C — 200 to 400°C warmer than those of the Romans (8).

Various past African societies created sophisticated built environments. Of course, there are the engineering feats of the Egyptians: the bafflingly raised obelisks and the more than 80 pyramids. The largest of the pyramids covers 13 acres and is made of 2.25 million blocks of stone (3). Later, in the 12th century and much farther south, there were hundreds of great cities in Zimbabwe and Mozambique. There, massive stone complexes were the hubs of cities. One included a 250-meter-long, 15,000-ton curved granite wall (9). The cities featured huge castlelike compounds with numerous rooms for specific tasks, such as iron-smithing. In the 13th century, the empire of Mali boasted impressive cities, including Timbuktu, with grand palaces, mosques and universities (2).

Many treatments we use today were employed by several ancient peoples throughout Africa. Before the European invasion of Africa, medicine in what is now Egypt, Nigeria and South Africa, to name just a few places, was more advanced than medicine in Europe. Some of these practices were the use of plants with salicylic acid for pain (as in aspirin), kaolin for diarrhea (as in Kaopectate), and extracts that were confirmed in the 20th century to kill Gram positive bacteria (2). Other plants used had anticancer properties, caused abortion and treated malaria — and these have been shown to be as effective as many modern-day Western treatments. Furthermore, Africans discovered ouabain, capsicum, physostigmine and reserpine. Medical procedures performed in ancient Africa before they were performed in Europe include vaccination, autopsy, limb traction and broken bone setting, bullet removal, brain surgery, skin grafting, filling of dental cavities, installation of false teeth, what is now known as Caesarean section, anesthesia and tissue cauterization (3). In addition, African cultures preformed surgeries under antiseptic conditions universally when this concept was only emerging in Europe (2).

Most of us learn that Europeans were the first to sail to the Americas. However, several lines of evidence suggest that ancient Africans sailed to South America and Asia hundreds of years before Europeans. Thousands of miles of waterways across Africa were trade routes. Many ancient societies in Africa built a variety of boats, including small reed-based vessels, sailboats and grander structures with many cabins and even cooking facilities. The Mali and Songhai built boats 100 feet long and 13 feet wide that could carry up to 80 tons (2). Currents in the Atlantic Ocean flow from this part of West Africa to South America. Genetic evidence from plants and descriptions and art from societies inhabiting South America at the time suggest small numbers of West Africans sailed to the east coast of South America and remained there (2).
Contemporary scientists have reconstructed these ancient vessels and their fishing gear and have completed the transatlantic voyage successfully. Around the same time as they were sailing to South America, the 13th century, these ancient peoples also sailed to China and back, carrying elephants as cargo (2).

People of African descent come from ancient, rich and elaborate cultures that created a wealth of technologies in many areas. Hopefully, over time, there will be more studies in this area and more people will know of these great achievements.

Sydella Blatch is an assistant professor of biology at Stevenson University. 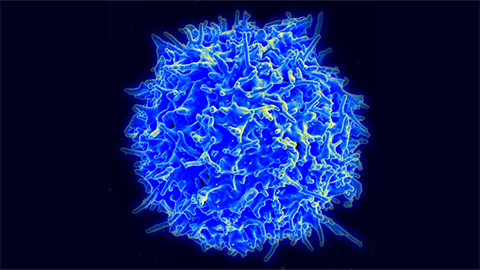 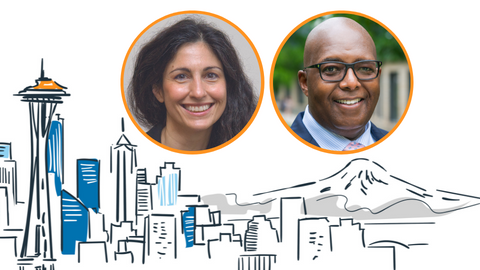