ASBMB Today Opinions A hero for me
Essay

A hero for me 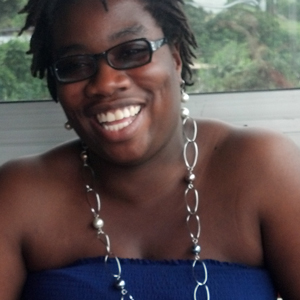 When I was 8 years old, I was obsessed with dinosaurs, and I was determined to find a fossil in my backyard. I eventually found what I decided was a fossilized dinosaur egg. After weeks of telling me that it was just a rock, my parents took me to the Detroit Science Museum, where I learned that dinosaur fossils are absent from our area. While I was disappointed to discover that my “fossil” was just a rock, this experience helped me to realize what I wanted to be when I grew up — a scientist. My father decided that I needed a role model that I could look up to, so he started telling me stories about George Washington Carver and his work involving soybeans and peanuts. One day I asked him to tell me about other black scientists. My dad brought home a book on black inventors, doctors and scientists. On the nights when my dad could leave the factory early, we would read a story about one of these amazing people. If he couldn’t get home, and many nights he could not, I would read one of the stories on my own and tell him about it the next morning as he drove me to school.

I learned about Madam C.J. Walker and how she became the first black female millionaire due to her hair tonics and creams; Garret Morgan, who invented the modern traffic signal and the gas mask; and Daniel Hale Williams, who performed the first successful open-heart surgery.

However, my favorite was Charles Drew. His research in the field of blood transfusion resulted in improved techniques for blood storage and led to the development of blood banks that saved thousands of lives during World War II. It was at this point that I made the connection between science and medicine. I realized that Dr. Drew was a hero and that I could make a difference and help others through science.

I began to emulate him, and I even dressed up as him for Halloween one year. My father took to calling me Dr. Kemp and told me that if Dr. Drew could succeed while struggling against the bonds of racism and poverty in the Jim Crow era, then I too could succeed. He was right.

However, as I grew older and began to tackle the many obstacles in my way, it was not the memory of my childhood heroes that I called upon to motivate myself but the memories of my parents. What my father did not realize was that he did not need to look far to find me role models, because I had them all along in him and my mother.

Kyeorda Kemp is a postdoctoral researcher at Northwestern University.