Montgomery County, Maryland, home of the National Institutes of Health, is celebrating a local hero — one who also happens to be a hero of the global scientific community. Herbert Tabor, longtime editor of the Journal of Biological Chemistry and a senior investigator at the NIH, is turning 100 years old on Nov. 28, and the county has declared that date to be Herbert Tabor Day in his honor. 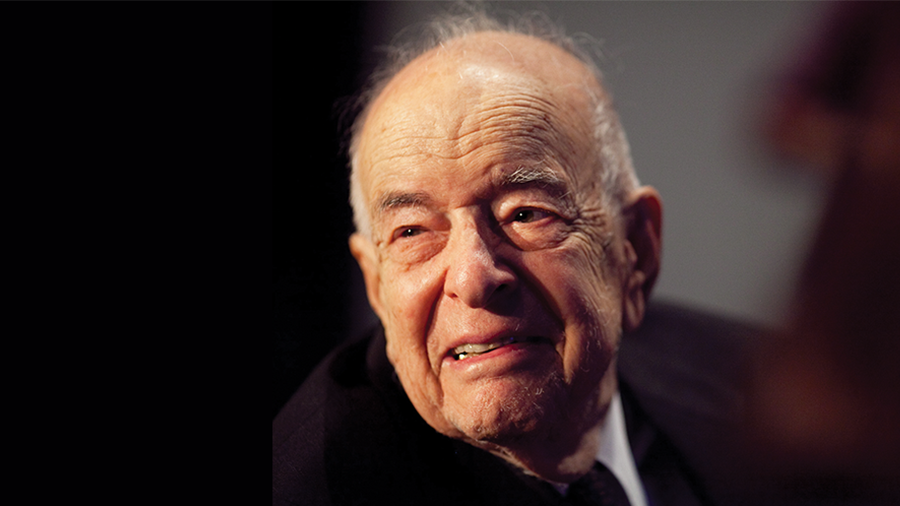 Through the end of 2018 and into 2019, the scientific community also will celebrate his accomplishments in the pages of JBC (though “pages” is perhaps the wrong word, given that Tabor exhibited his characteristic pioneering vision as editor in 1995 when he made JBC the first scientific journal to go fully online).

Tabor served as editor-in-chief of JBC from 1971 to 2010 and continues to do editorial work for the journal, assigning manuscripts to academic editors. The American Society for Biochemistry and Molecular Biology’s Herbert Tabor Research Award and JBC’s Herbert Tabor Young Investigator Awards for early-career authors of outstanding JBC papers are given in his honor.

In late November, JBC will publish a series of review articles on the topic of polyamine biology. Tabor and his wife and scientific collaborator, the late Celia White Tabor, began studying the biosynthesis of the polyamines spermidine and spermine at the NIH in 1952. Their work highlighted the range of biological processes that involve polyamines, from viral sporulation to mitochondrial maintenance. From the foundation laid by the Tabors, research on polyamines has continued to expand. The reviews in the new series — from authors in the U.S., Canada, Japan and Israel — will examine the roles of polyamines in protein translation and ion channel regulation; polyamine diversity in bacteria, archaea and trypanosomes; polyamine catabolism in the context of oxidative damage; and much more.

In addition to the polyamine series, another collection of reviews and reflections, JBC Milestones: Herbert Tabor’s 100th Birthday Collection, slated for January 2019, will celebrate Tabor’s legacy more broadly by surveying the advances in various fields of research that were made over the course of his tenure at JBC. Discoveries in areas like chromatin and transcription, protease structure and function, and cytochrome P450 enzymology appeared in the journal during this time; experts in these fields dedicate their reviews of these topics to Tabor.

An underlying theme in these scientific syntheses is that Tabor’s rejection of arbitrary disciplinary boundaries, and his favoring of rigorous and careful work over what was trendy, enabled these foundational discoveries to find a home in JBC.

Finally, JBC is soliciting memories, photos and well wishes from those who have known Tabor and will post them here. His decades of mentorship and training have rippled throughout the scientific community; we hope those whose lives he’s touched will join us in celebrating his milestone birthday.