Leaning in to the scientific community

Kelly Ward has understood the value of community in the pursuit of science since she was a child. She grew up in Reading, Massachusetts, home to a school system she praises for having great opportunities for young students to be involved in science, technology, engineering and mathematics pursuits.

Ward joined Science Olympiad, a nationwide team-based science competition, in middle school, kept up her involvement all through high school and even went to the national competition. 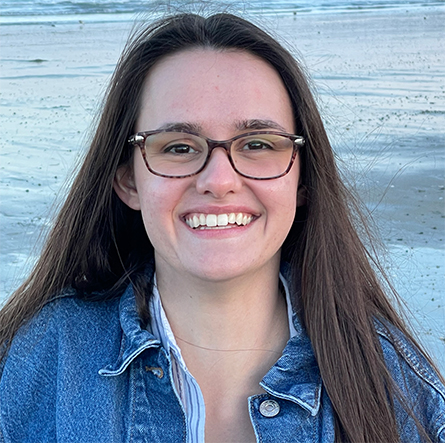 Courtesy of Kelly Ward
Kelly Ward is a senior at Northeastern University with a biochemistry major
and a data science minor.

“I really liked participating in the competitions, and you can see that today — given that I went into biochemistry,” she said. “I love the process of asking a question, designing the experiment, and seeing if you’ve answered the question. I find it really rewarding.”

Ward went on to choose Northeastern University for her undergraduate degree because it has a strong biochemistry program, research opportunities and a co-op program.

An American Society for Biochemistry and Molecular Biology Student Chapter member since the fall of her first year, Ward said she knew she wanted to be involved with the chapter as soon as she saw its thriving booth at the Northeastern student activities fair. “Everyone seemed really nice, welcoming, and passionate about their research areas,” she said.

After her first year as a member, she became the chapter’s secretary; she was the president last year and is serving as president again this year.

Embedded in the rich biotechnology ecosystem of Boston, Ward and her chapter have a lot of opportunities for external engagement. Under her leadership and in collaboration with the biochemistry program director, Kirsten Fertuck, the chapter hosts frequent panels with local professionals, focused on career progression and life as an industry scientist.

“We’ve had speakers from a variety of biotech companies in and around Boston,” Ward said. “It’s been incredibly beneficial to hear about their experiences and gather great advice.”

Her chapter also hosts panels with Northeastern faculty about undergraduate research and graduate school. Northeastern’s co-op program, where students work full time for six months instead of attending classes, ties nicely into the atmosphere of being embedded in the local scientific community and experiential learning.

Ward thinks it’s important to keep the social elements of science and community engagement alive too. Her chapter hosts games nights and offers volunteer opportunities. The members partner with other Northeastern clubs as well as clubs at other Boston area colleges to grow their community and network. Her chapter has hosted Active Site, a regional conference for undergraduates sponsored by the ASBMB.

Now a senior with a biochemistry major and a data science minor, Ward wants to go on to graduate school to continue her scientific studies. She’s open to a variety of programs including biochemistry or immunology but ultimately would like to continue to work in oncology.

“I have been fascinated by the variety of approaches to cancer treatment that I’ve seen during my co-ops and on campus research,” she said, “and I’d love to continue to work in this complex field.”

Whatever becomes her ultimate career goal, Ward knows she’d like to be in a position where she can mentor younger scientists. Mentoring, she said, has been an important part of her own journey.