When Adaude Amalunweze was 17, she started her own business buying and reselling used books to pay for her college education. She grew up in a poor neighborhood in Nsukka, a town in Enugu State, Nigeria, the oldest of seven children. She worked hard in school; did well in science, art and literature; and eventually decided to study science. 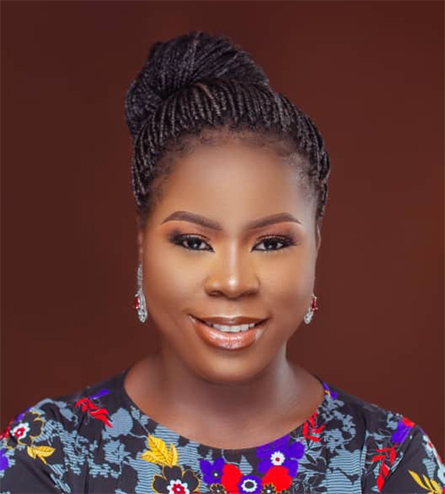 Courtesy of Adaude Amalunweze
“I want my story and position to uplift others such that my achievements will inspire
other younger females or other women in STEM to keep pushing and to keep reinventing
themselves ” Adaude Amalunweze said. “It is so powerful and so important for a young
woman growing up to see women who looks like them in high power positions.”

“Growing up in Africa, there are lots of questions, a lot of day-to-day activities, experiences you have, and you are curious as to why things happen the way they do,” she said. “I believe every child wants to make an impact.”

But making an impact can be difficult.

“As a first-generation student, attending college was draining financially, mentally, and emotionally,” she said. “My parents worked entry-level jobs to see us through high school and earned barely enough to put food on the table for me and my other siblings.”

Amalunweze experienced cultural discrimination that favored boys’ education over girls, but she did not let that stop her. Although she did not meet the requirements to study medicine, she was determined to stay on the path of science and decided to study biochemistry at the University of Nigeria Nsukka.

Educating the community about malaria

After graduating from college, Amalunweze volunteered for a malaria and polio eradication group. She distributed insecticide-treated nets and anti-malarial drugs and offered advice on how to minimize mosquito exposure.

“In some rural areas in Nigeria, malarial fever is not seen as a serious ailment as poor families don’t visit hospitals when they have fever,” she said. “Some take traditional herbal medicine, chloroquine or some type of special type of meals.”

Sometimes these remedies work, and people survive. In other instances, people die. According to the World Health Organization, about 93% of all malaria infections occur in sub-Saharan Africa. While volunteering, Amalunweze realized she wanted to do research, so she joined a laboratory that focused on the interaction of malaria with human hemoglobin. Her master’s research in protein chemistry and enzymology also focused on malaria.

After earning her master’s in 2015, Amalunweze got a job at the largest cement producer in sub-Saharan Africa, Dangote Cement Plc. She was put in charge of ensuring the plant met Nigerian industrial quality standards and overseeing the company’s productivity and profitability. 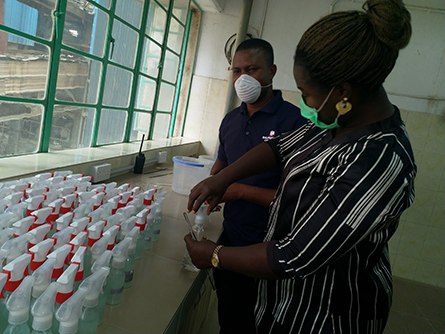 Courtesy of Adaude Amalunweze
Amalunweze and a colleague prepare sanitizer for distribution to prevent the spread
of COVID-19.

She earned a number of professional certifications, and her career was going well, but the job became monotonous, and she realized it was time to make a change.

She wanted more work–life balance and to get closer to her goal of earning a doctoral degree abroad. With her hectic work schedule, working and doing a Ph.D. would not be an option. So when a teaching job came up, she took it. She hoped teaching would give her time to have an impact on the lives of young people and eventually earn her Ph.D. By now, she said, she thought she’d have been admitted into a Ph.D. program — but she hadn’t factored in a worldwide pandemic.

“Then, the pregnancy happened, and the baby came along,” she said. “So far, it has been a beautiful experience. Life happens, but we keep pushing.”

“Currently I’m supervising about 20 students and their project work, which requires teaching and coaching as well as mentoring them, not just in their studies, but also in their social life and day-to-day activities,” she said. “It’s been quite interesting and fun, nonetheless. I really look forward to doing more so as to influence more lives positively.”

She described the challenges of being a new mother, living apart from her husband who works several miles away, and learning how to juggle a family and a career. It is not easy, but she does it.

“Can you imagine being in the kitchen, carrying a baby, doing my work, having to attend to my students?” she said. “It makes you a master at multitasking. Not everybody can do that actually.

“So, I really hope that we keep supporting each other as women and we keep doing our best, not giving up.” 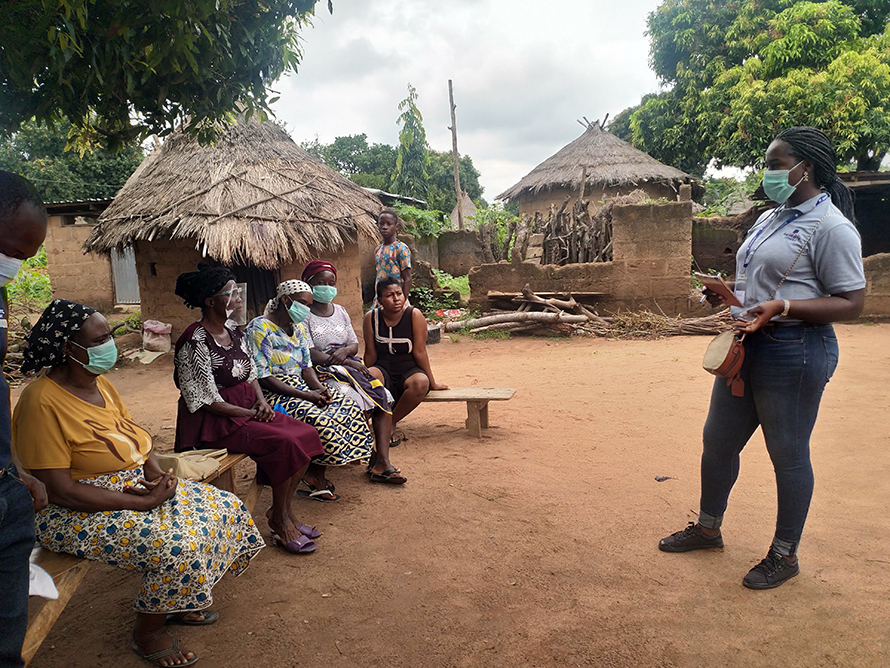