Ruma Banerjee honored for discoveries in vitamin B12 and H2S signaling

The complicated makeup and chemistry of the cofactor vitamin B12 have intrigued researchers for decades. Ruma Banerjee, Vincent Massey collegiate professor and associate chair of biological chemistry at the University of Michigan, has unraveled much of the mystery behind this vitamin, including transport to other proteins and the kinetics of a related sulfur signaling pathway. For her work, she has won the American Society for Biochemistry and Molecular Biology’s 2019 ASBMB–Merck Award. “I saw that Natalie Ahn was calling and wondered what ASBMB committee she was going to ask me to serve on. I was floored when I realized she was calling about the Merck award!”
— Ruma Banerjee

Also known as cobalamin, vitamin B12 is a cofactor for two mammalian enzymes, but how the cobalt atom is prepped to reach its final destinations had eluded researchers. Banerjee’s laboratory discovered dual functionalities for a protein, CblC, that partitions cobalamin to the cytoplasm and the mitochondrion to generate methionine and succinyl-CoA, respectively.

In the mitochondrion, cobalamin is transferred to the active site of a different enzyme to generate succinyl-CoA from methyl-CoA. Inactivating the enzyme, however, can lead to buildup of a radical. Banerjee showed that turnover can be regulated by the substrate to prevent high radical levels. Collaborating with Catherine Drennan at the Massachusetts Institute of Technology, Banerjee determined the crystal structure of the chaperone in this process.

Banerjee investigated hydrogen sulfide production where substrate homocysteine is used in the methionine arm of vitamin B12 chemistry. Cystathionine beta-synthase, or CBS, produces H2S along with cystathionine. Banerjee determined the specific residues in CBS that differentiate these functions and identified a metabolic switch whereby iron helps determine activity.

Her University of Michigan colleague James Bardwell, who nominated Banerjee for the award, wrote in his nomination letter, “This insight explains why previous clinical trials for lowering homocysteine have failed to increase cardiovascular disease burden and suggests … that a strategy for modulating H2S might be effective instead.”

Banerjee is an associate editor for Chemical Reviews and the Journal of Biological Chemistry. She also has chaired and started two new sections for the Gordon Research Conference. Squire J. Booker, a professor at Pennsylvania State University, wrote in his letter supporting the nomination, “She cares deeply about our scientific discipline, and gives of her time unselfishly to make it better.”

Banerjee has authored more than 230 publications. She received the Pfizer award early in her career, and this is noteworthy, according to Judith P. Klinman, a professor at the University of California, Berkeley, because the Pfizer “has been a very significant predictor of future advances by the awardee. Her progress and contributions have confirmed this expectation.”

Banerjee will receive her award at the ASBMB annual meeting during the Experimental Biology 2019 conference in Orlando, where she will deliver an award lecture titled “Signaling through sulfide” at 8 a.m. April 9 in Valencia Ballroom A at the Orange County Convention Center. 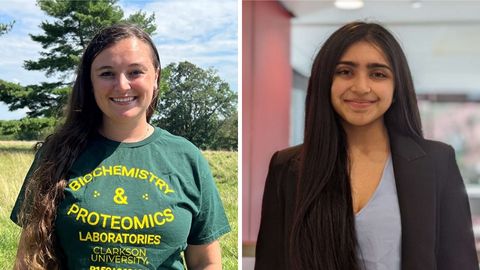