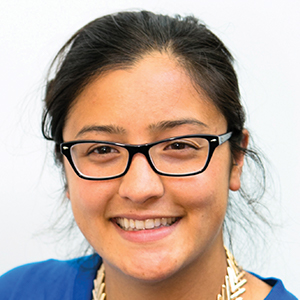 Andrei Korostelev, an associate professor of biochemistry and molecular pharmacology at the University of Massachusetts Medical School, has won the 2018 American Society for Biochemistry and Molecular Biology Earl and Thressa Stadtman Young Scholar Award in recognition of his contributions to the understanding of ribosome structure and translation. “Scientific research is immensely rewarding on its own. Being recognized by the ASBMB as an Earl and Thressa Stadtman Scholar is empowering, as it strengthens the motivation of my lab to explore the unknowns of translation—a puzzling and complex aspect of the cellular world. It also motivates me to excel both as a scientist and as a mentor, reaching for the standard set by Earl and Thressa. I thank my mentors and my lab members with whom I’ve had the privilege to work.”

Korostelev’s research focuses on capturing minute structural changes in ribosomes as they translate RNA into proteins. He uses methods such as X-ray crystallography and cryogenic electron microscopy to take snapshots of the ribosome during translation. Nominating him for the award, Joachim Frank, a professor at Columbia University who received a 2017 Nobel Prize for the development of cryo-EM, wrote that Korostelev’s work represents “astonishing advances, both of methodology and biological knowledge — taking advantage of the most recent toolset of cryo-EM — which would have been impossible only a few years ago.”

Korostelev captures high-resolution snapshots of ribosome movements during translation of RNA into proteins. Because he can make molecular movies with a resolution of a few angstroms, his experiments reveal minute details about the fundamental dynamic mechanisms governing translation. Korostelev’s work includes investigations into how viruses or diseases change the initiation, elongation and termination of the translation process. Recently, he and his collaborator Nikolaus Grigorieff of the Howard Hughes Medical Institute visualized the mechanism through which the ribosome ensures accuracy during translation. According to Grigorieff, “This process is at the core of ribosome function and is therefore an outstanding achievement in his field.”

Korostelev started studying ribosome biology early in his career, as a Ph.D student in Michael Chapman’s lab at Florida State University. For his doctorate, Korostelev developed computational methods for analyzing images derived from X-ray crystallography or cryo-EM data. These methods have been pivotal in the field of structural biology for creating high-resolution atomic models of ribosomes and other macromolecular (protein and nucleic acid) structures.

Korostelev continued his work as a postdoctoral fellow under Harry Noller at the University of California, Santa Cruz. There, he produced high-resolution images of ribosomes using X-ray crystallography. These images allowed further insights into the ribosome translation mechanism, some of which altered how scientists understand translation termination.

In 2010, he joined the faculty at the University of Massachusetts in Worcester. Since establishing his own research group, he has published more than 20 papers.

“I believe Andrei, who has now joined the growing ranks of cryo-EM practitioners, is one of the most promising young investigators,” Frank wrote.

Grigorieff supported the nomination, describing Korostelev as “a fantastic collaborator who is willing to take risks and cross boundaries into new areas of research.” Korostelev also helped establish the New England High-Resolution Cryo-EM Facility, which is shared jointly between the University of Massachusetts Medical School and Harvard Medical School. Since it opened in late 2016, researchers from around the world have had access to cryo-EM techniques.

Korostelev will receive his award during the 2018 ASBMB Annual Meeting in San Diego, where he will deliver an award lecture on visualizing translation by ensemble cryo-EM. The presentation will take place at 9 a.m. April 23 in Room 6B in the San Diego Convention Center.

Lauren Borja is a science writer with a Ph.D. in physical chemistry from the University of California, Berkeley.