Coronavirus coverage and the silencing of female expertise

With male voices dominating the pandemic narrative, female scientists are lamenting the loss of diverse perspectives. 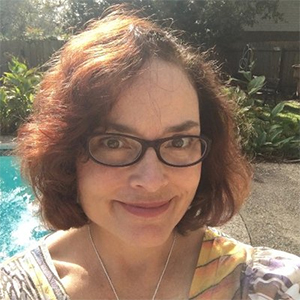 For a sweeping and much-lauded New York Times article on how the pandemic may play out over the next year, veteran science reporter Donald G. McNeil, Jr. consulted nearly two dozen experts in public health, medicine, epidemiology, and history. Initially, I only scanned the nearly 5,000-word story, and the names of experts sluiced by as I picked out predictive nuggets on lockdowns, death tolls, and vaccines. But after several women scientists called out McNeil for bias towards men on Twitter, I went back for a closer look. 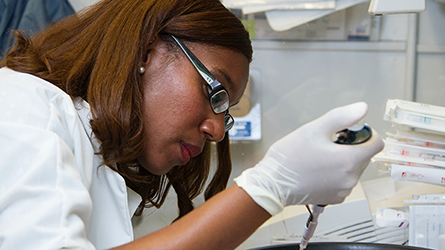 Sure enough, only two of 19 experts cited were women: Luciana Borio, a former director of medical and biodefense preparedness at the National Security Council, and Michele Barry, director of the Center for Innovation and Global Health at Stanford University. McNeil included quotes from both that mention family.

Once you notice the dominance of the (typically White) male expert, it’s hard to un-see it. Writing for prominent outlets, journalists have hailed men as scientific heroes of the coronavirus era and defenders of fact. They’ve quoted all — or nearly all — male scientists on epidemiological models, herd immunity, viral spread on surfaces, why some people get sicker than others, and how to prepare for a likely Covid-19 resurgence.

“Not only are women being passed over and ignored, but also we're getting people that don't know what they're doing supporting decision makers,” said Caroline Buckee, an associate professor of epidemiology at the Harvard T.H. Chan School of Public Health.

“By having these very loud, usually male, voices in the media touting expertise when they don't have it,” she added, “that risks undermining the public trust in science itself.”

Women are also noticeably less visible in the flurry of scientific publishing on the pandemic. Early analyses of both research databases and preprint servers, which publish studies before they’ve undergone peer review, suggest that women are starting fewer projects and publishing less research than men. “Right now, in Covid, we know for a fact that women are submitting fewer papers, they're submitting fewer grants, and there are real downstream effects for that,” said Lisa Carlson, an instructor at the Emory University Rollins School of Public Health and president of the American Public Health Association. If you aren’t getting recognized, funded, and published, she said, you’re not going to succeed as an academic scientist.

As a Black woman, Sara Suliman, an instructor in medicine at Harvard Medical School, said that it’s been especially hard as the global protests sparked by the killing of George Floyd last month bring to the fore centuries of dehumanization and discrimination. Being disenfranchised during the lockdown period wasn’t just about being a woman, she said. “I felt it was just a cumulative effect of all the microaggressions that I have been feeling in academia for a long time.”

In a commentary published last month in Times Higher Education magazine, lead author Buckee and 34 other women scientists from North America and Europe expressed frustration bordering on rage at losing ground during a pivotal moment in scientific discovery. “We all share the same experience: The scientific response to Covid-19 has been characterized by an extraordinary level of sexism and racism,” wrote the women, who span the academic pipeline from graduate students to tenured faculty.

“The worst impacts of the coronavirus will undoubtedly be the loss of lives, the collapse of economies, the disruption of humanitarian aid, and the decay of democracies,” they acknowledged. “But we fear that the hard-won progress for women in science will be collateral damage of this crisis.”

The idea that women in science face systemic barriers is hardly news. Last year, the Lancet medical journal devoted an entire issue to research, commentary, and analysis on gender inequities in science, medicine, and global health. Women of color face the double jeopardy of racial as well as gender bias.

Amid the current pandemic, several women who contributed to the Times Higher Education commentary told me that those barriers started to seem insurmountable. “The checks and balances meant to promote merit and protect against the default bias towards White men have broken down,” said Buckee. “The emergency and chaos of the pandemic has triggered longstanding male networks, with a lot of ad hoc, quick linking of men to decision makers.”

One complaint is that the media and policymakers overwhelmingly turn to men as figures of scientific authority. When I asked about the controversy over why her story on European scientific heroes was devoid of women, New York Times Brussels correspondent Matina Stevis-Gridneff referred me to her comments on Twitter. They “looked hard,” she wrote, and “struggled to find women” who were the public face of the coronavirus response.

In fact, women outnumber men in the health sciences according to the APHA’s Carlson. While scores of women are at the forefront of Covid-19 research, men are more visible, said Angela Rasmussen, an associate research scientist at the Columbia University Mailman School of Public Health. “There are just more men to choose from,” she said. “And they tend to be more upfront and more willing to go in front of a camera and take credit.”

Suliman suggested that this is entirely common. “There’s a systemic issue of men feeling like they can become experts in a new domain in a way that women feel like maybe we need more time to assert ourselves before taking up that space,” she said.

“It’s documented that we have to work a lot more to gain the same level of external validation,” she added. “And we internalize that.”

Women who do take a public role have to armor up. Rasmussen, a widely quoted virologist, has to deal with creepy men sending her direct messages, she said. “Women are more reluctant to put themselves out there,” she said. “And I think a big part of it is knowing that you might put yourself at risk for these really gendered insults and slurs, and even stuff that’s scarier than that.”

Another issue is that women take on teaching, mentoring, and academic service work more regularly than men, and are more likely to serve in operational roles — or as the Times Higher Education commentary put it: “getting shit done.” In the context of the current pandemic, that often means working at a breakneck pace to coordinate multiple investigations, at multiple sites, often in multiple countries, said Rasmussen. That leaves the men, who are nominally in charge, to talk to the press, she said. “It’s not because that’s their designated job, but that’s who people call rather than the women who actually would be running a lot of these collaborations.”

On top of all that, stay-at-home orders have foisted absurd expectations onto working mothers. Surveys by The New York Times, the Council on Contemporary Families, and YouGov in partnership with USA Today and LinkedIn, all find that while men have taken on more housework, childcare, and homeschooling during the pandemic, women still carry the larger share of the burden.

Taken as a whole, the trend towards disenfranchising women is bad for science. A review of evidence in the Proceedings of the National Academy of Sciences, for example, concludes that greater gender diversity in scientific organizations pays a “innovation dividend” in terms of smarter, more creative teams and new discoveries. And the same is true for racial diversity, said Suliman, noting that a “colonial lens” prevents Americans from recognizing the expertise of China and the Global South. “If there's true diversity, if there's true equality and equity, and people can actually look at experts horizontally and not vertically, I think we would have averted the kind of crisis that we're having right now.”

For Suliman, who said her anxiety level is multiplied by 100 when she walks by uniformed police on the street, the protests are a stark reminder that equality and equity are not part of existing power structures. “Usually, Black people and women are held to a higher standard at work anyway, regardless of being in a crisis situation,” she said.

“Trying to do that while carrying a burden both because of the revolution and because of our gender roles in society in general,” she added, “puts us at a huge disadvantage.”

I don’t have any tidy fixes either, but I do know that science journalists like me can work harder to better represent the world we report on. Would McNeil like to have diversified his “manel” of experts commenting for The New York Times? I don’t know. In an email, he said that he was “in the penalty box” and temporarily banned from talking to press after an appearance on CNN where he sharply criticized the administration’s inadequate Covid-19 response.

For my part, I’ve been reflecting on my own blind spots. I realized with embarrassment that in a recent story I wrote on Covid-19, my editor and I wound up cutting sections containing the perspective of a Black female internist who specializes in infectious disease. Considering that, according to data from New York City, African Americans are dying of Covid-19 at twice the rate of Whites, her insight could have made the story stronger.

Freelance science journalist Tara Haelle told me that she follows a lot of women scientists on Twitter because they provide her with valuable information as a journalist. “The grunt work, the scientific work, the meaningful, important stuff that’s happening related to the pandemic, including communicating that information to the public directly without any kind of filter or gatekeepers, [is being done by] women,” she said.

In a recent column for the Association of Health Care Journalists, she also advised journalists to look for high-quality sources that can speak precisely to your subject. “It's not just seeking out diverse sources and ensuring that you're quoting people of color and men and women, and other genders — it’s not just an academic issue. It’s not just a ticking-the-box issue. It’s not just a social justice issue,” she told me. “It's a journalistic responsibility to ensure that you are truly capturing all the perspectives that are relevant to the topic you're covering.”

But if you’re not hearing women’s voices, you’re not getting the best science or representing science as it actually is, Buckee said. “Of course, there are inequalities, but there are plenty of really good women scientists,” she said. “And without reflecting that adequately during a crisis — and in the press — you are doing a disservice to science overall.”