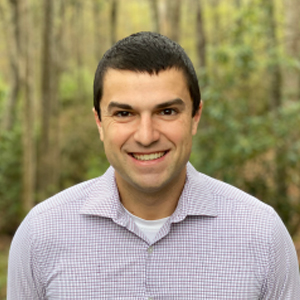 For centuries, people around the world have used garlic as a spice, natural remedy, and pest deterrent – but they didn’t know how powerful or pungent the heads of garlic were until they tasted them.

But what if farmers were able to grow garlic and know exactly how potent it would be? What if buyers could pick their garlic based on its might?

A team of Virginia Tech researchers recently discovered a new step in the metabolic process that produces the enzyme allicin, which leads to garlic’s delectable flavor and aroma, a finding that upends decades of previous scientific belief. Their work could boost the malodorous - yet delicious - characteristics that garlic-lovers the world over savor.

“This information changes the whole story about how garlic could be improved or we could make the compounds responsible of its unique flavor,” said Hannah Valentino, a College of Agriculture and Life Sciences Ph.D. candidate. “This could lead to a new strain of garlic that would produce more flavor.”

The discovery of this pathway opens the door for better control of production and more consistent crops, which would help farmers. Garlic could be sold as strong or weak, depending on consumer preferences.

The research was recently published in the Journal of Biological Chemistry.

When Valentino, an Institute for Critical Technology and Applied Science doctoral fellow, and her team set out to test the generally accepted biological process that creates allicin, they found it just didn’t happen.

That’s when the team of researchers set out to discover what was really happening in garlic.

As they peeled back the layers, they realized there was no fuel to power the previous accepted biological process that creates allicin.

“By using rational design, Hannah found a potential substrate,” said Pablo Sobrado, professor of biochemistry in the College of Agriculture and Life Sciences and a member of the research team. “This is significant because by finding the metabolic pathway and understanding how the enzyme actually works and its structure gives us a blueprint of how allicin is created during biosynthesis.”

Valentino and the team – which included undergraduate students – worked in the Sobrado Lab in the Fralin Life Sciences Institute directly with the substrates that comprise garlic, doing their work solely in vitro. 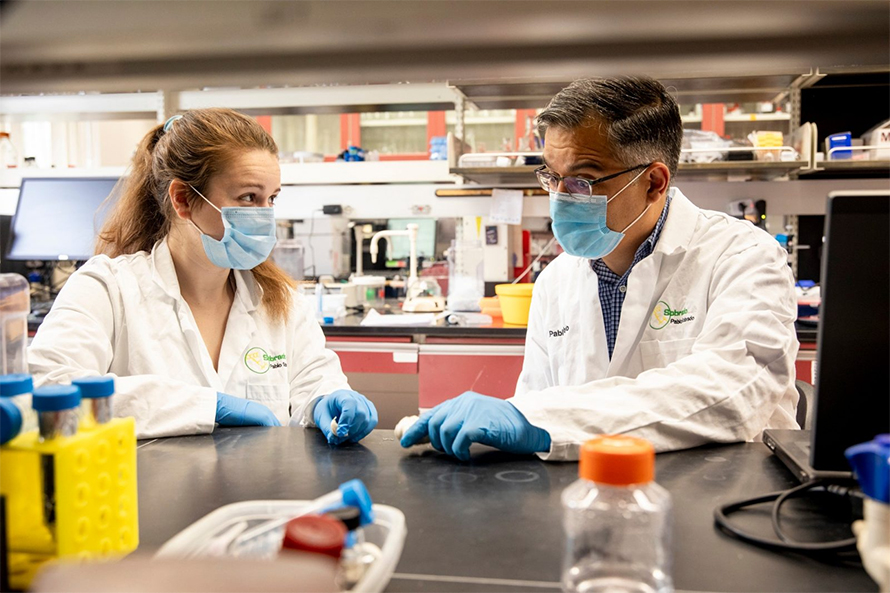 Hannah Valentino, left, and Pablo Sobrado, right, are conducting research that is laying the foundation for a future in which buyers can choose garlic based on its strength and flavor profile.

The researchers found that allicin, the component that gives garlic its smell and flavor, was produced by an entirely different biosynthetic process. Allyl-mercaptan reacts with flavin-containing monooxygenase, which then becomes allyl-sulfenic acid.

Importantly, the allicin levels can be tested, allowing farmers to know the strength of their crops without the need for genetic engineering. Greater flavor can simply be predicted, meaning powerful garlic could simply be bred or engineered.

“We have a basic understanding of the biosynthesis of allicin that it is involved in flavor and smell, but we also now understand an enzyme that we can try to modulate, or a modify, to increase or decrease the level of the flavor molecules based on these biological processes,” Sobrado said.

Because of their work, the future awaits for fields of garlic harsh enough to keep even the most terrifying vampires at bay.

Max Esterhuizen is the assistant director of the Office of Communications and Marketing in the College of Agriculture and Life Sciences at Virginia Tech.

The evolution of proteins from mysteries to medicines
Ken Hallenbeck
'Every experiment and every breakthrough matters'
Angela Hopp
Progeria: From the unknown to the first FDA-approved treatment
Ankita Arora
Raising awareness and funding for Pompe disease
Isha Dey
A novel approach to septic shock leads to a prospective new therapy
Caleigh Findley
When scientists become allergic to their research
Hannah Thomasy