Venom-based therapies: healing in the midst of pain 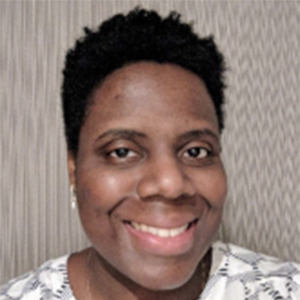 Have you ever had the unfortunate experience of being stung by a jellyfish? The painful chemical cocktail that the jellyfish has released is venom. Many animals, not just jellyfish and snakes, use venom to weaken their prey. However, venom has turned out to be an unexpected source of therapeutics against many diseases. Here, we take a look at some of these creatures and how their venoms have been used and may be used in the future as therapies. The Gila monster, or Heloderma suspectum, is one of only two types of lizard in the world that produce venom. Gila monsters live in desert areas of the western United States. The lizard releases its venom through a bite but in a way much different from that of a snake. Snakes use quick, short bites to inject venom into their victim. Gila monsters, on the other hand, bite down longer and harder, and venom is released through grooves in the lower jaw. Some of the symptoms of a bite can include pain, swelling, nausea and low blood pressure. The venom is not just one peptide or protein — rather it is a mixture of components. Gila venom contains serotonin, hyaluronidase, phospholipases, phosphodiesterases and proteases, which could contribute to all or some of the symptoms. However, the toxicity of Gila venom is mainly due to a compound called gilatoxin.

Gilatoxin is a glycosylated serine protease. It contains a series of peptides that show bioactivity with different cellular receptors. One of these peptides, exendin 4, was found to have nearly 50 percent sequence similarity to human glucagon-like peptide 1. GLP-1 is a 29-amino-acid hormone that increases insulin production from pancreatic cells. The peptide binds to a G-protein-coupled receptor on the surface of pancreatic cells, leading to an intracellular signaling cascade. The result of this cascade is an increase in cyclic AMP production. Higher cAMP levels signal pancreatic cells to produce more insulin, which causes a decrease in overall blood sugar. A compound that increases insulin production is a useful tool to treat Type 2 diabetes in patients who do not secrete enough insulin naturally. The 38-amino-acid peptide exendin-4 was shown to have the same effect on insulin as GLP-1 and last even longer. In the early 1990s, John Eng, then at the Bronx Veterans Affairs Medical Center, was the first to publish data about this property of gilatoxin. The compound was licensed to a pharmaceutical company for further development as a diabetes drug in 1996 with the generic name exenatide. One version of the drug was released in 2005 and another, longer-lasting version was released in 2012. The conus snail resides in the coral reef in the Philippines, Australia and Indonesia. The snail typically feeds on fish, worms and even other snails. It injects its venom using a harpoonlike projection from its mouth. There are more than 500 species of snail, with each one estimated to produce more than 100 different toxin molecules in its venom. These molecules are peptides, called conotoxins, usually between 10 and 30 amino acids in length. Conus snail venom is known to affect voltage and ligand-gated ion channels, neurotransmitter receptors, and cell-surface proteins involved in signaling. All of these interactions prevent firing of nerve impulses, which can lead to muscle paralysis. The field of cone snail research was pioneered by Baldomero Olivera. Olivera had an interest in cone snails from his days collecting shells as a child in the Philippines. When he established his own lab, he decided to focus on studying the conotoxins more closely. Olivera’s career changed with the fateful discovery of the omega-conotoxin MVIIA from Conus magus. This 25-amino-acid toxin was discovered by a high-school student in his laboratory in 1987. Omega-conotoxin specifically blocks neuronal voltage activated Ca++ channels without affecting other subtypes. Not only is MVIIA specific, it is potent. The toxin is estimated to be 1,000 times more powerful than morphine — with no dependency. It was licensed in 2004 as ziconotide. The drug was targeted to provide pain relief to those with extreme pain, such as patients with HIV, cancer and neurological disorders. Interestingly, it seems that conotoxins may not be exclusive to snails. A toxin from Conus marmoreus was recently found in the wings of the butterfly Hebomoia glaucippe using a combination of two-dimensional electrophoresis and mass spectrometry. Amino-acid sequence analysis indicated that the toxin glacontryphan-M found in H. glaucippe is identical to the one found in Conus. This toxin may be involved in the butterfly’s defense against an array of predators. The effects of the venom of Brazilian pit viper Bothrops jararaca are so extreme that plantation workers bitten by the snake were known to pass out soon after being bitten. In the 1960s a Brazilian researcher, Mauricio Rocha e Silva, sought to gain a better understanding of the effects of the venom. His laboratory purified the venom for its studies. When one of Silva’s postdoctoral fellows, Sergio Ferreira, began working with Sir John Vane of the Royal College of Surgeons in London, he brought some of the purified pit viper venom with him. Vane was already at work studying the angiotensin I and II. These proteins are part of the renin-angiotensin hormone system for blood pressure regulation and water balance in the body. Secretion of renin starts a cascade of proteolytic cleavage events, which leads to production of angiotensin II. Angiotensin II is produced by the enzyme action of angiotensin converting enzyme, or ACE, a powerful molecule that can cause blood vessels to tighten and constrict. This leads to an increase in blood pressure. Vane discovered that pit viper venom can act as an ACE inhibitor. This property of the venom accounts for the victims’ symptoms; inhibition of ACE causes a steep decrease in blood pressure, leading to fainting.

Because pit viper venom had such remarkable effects on blood pressure, it had potential for use in patients with high blood pressure. Further development of the compound for therapeutic use required a first-of-its-kind collaboration between academia and industry. Vane gave his compound to two pharmaceutical researchers. These scientists further isolated the exact compound responsible for the inhibition activity. They also were involved in determining ways to modify the structure of the compound to make it more potent and increase bioavailability. These studies were some of the first forays into rational design of pharmaceutical agents. Optimization of the compound led to approval of the ACE-inhibitor drug captopril in 1975.

Venom-based therapies for the future: the black mamba and the platypus 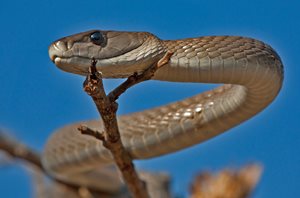 The black mamba, Dendroaspis polylepis, is considered the deadliest snake in the world. It lives in southern and eastern Africa. In a recent multi-institutional study in France, compounds from the black mamba’s venom, known as mambalgins, were shown to block acid-sensing ion channels, or ASICs, on neuronal cells. Two 57-amino-acid mambalgins were found during a screen in search of compounds that inhibit ASICs. The level of blocking observed was comparable to the effects of morphine. The groups plan to continue their studies better to understand the role of mambalgins in pain sensing. 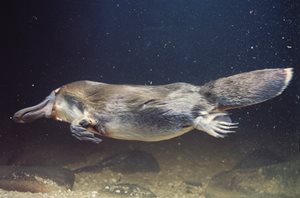 For the duck-billed platypus, Ornithorhynchus anatinus, looks can be deceiving. The creature seems cute and cuddly from afar, but in reality it can inflict a painful bite. The effect of its venom is extremely painful and long-lasting. Platypus venom contains many components, including a class of compounds known to form cation channels in lipid bilayers quickly. Recently a series of novel peptides were discovered based on this activity with neuroblastoma cells. Researchers plan to characterize these peptides further.

Pumtiwitt McCarthy is an associate professor of chemistry at Morgan State University, where her lab studies carbohydrate-producing enzymes from the bacterial pathogen Neisseria meningitidis.