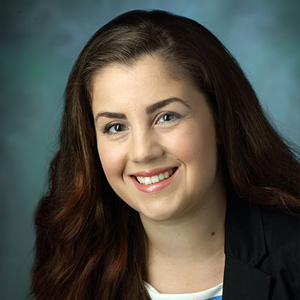 The study was published in the Journal of Biological Chemistry.

Alzheimer’s disease is the most common form of dementia in the United States. Affecting an estimated 5.8 million Americans, the progressive disorder occurs when nerve cells in the brain die due to the buildup of harmful forms of proteins called amyloid and tau.

Cleaning up the disease-causing forms of amyloid and tau is the job of the brain’s immune cells, called microglia. Earlier studies found that when cleanup is impaired, Alzheimer’s disease is more likely to occur. In some people, this is caused by an overabundance of a receptor on the microglia cells, called CD33. 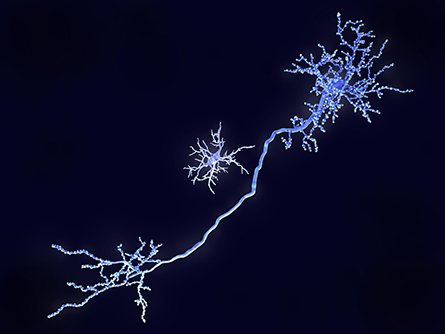 Microglia cells function as macrophages in the central nervous system. They are the first immune cells to show up on the scene when something goes wrong in the brain and phagocytize various brain products, such as dying or dead cells.

“Receptors are not active on their own. Something needs to connect with them to block microglia from cleaning up these toxic proteins in the brain, says Ronald Schnaar, Ph.D., the John Jacob Abel Professor of Pharmacology at the Johns Hopkins University School of Medicine and director of the laboratory that led the study.

Past studies by the researchers showed that for CD33, these “connector” molecules are special sugars. Known to scientists as glycans, these molecules are ferried around the cell by specialized proteins that help them find their appropriate receptors. The protein-glycan combination is called a glycoprotein.

In a bid to find out which specific glycoprotein connects with CD33, Schnaar’s research team obtained brain tissue from five people who died of Alzheimer’s disease and from five people who died from other causes from the Johns Hopkins Alzheimer’s Disease Research Center. Among the many thousands of glycoproteins they gathered from the brain tissues, only one connected to CD33.

To identify this mystery glycoprotein, the researchers first needed to separate it from the other brain glycoproteins. Since it was the only one in the brain that attached itself to CD33, they used this feature to “catch” it and separate it.

Glycans are made up of various sugar building blocks that influence the molecule’s interactions. Such sugars can be identified by their component parts. The researchers used chemical tools to deconstruct the glycan step by step, laying out the identity and order of its building blocks. The researchers identified the glycan portion of the glycoprotein as sialylated keratan sulfate.

Then, the researchers determined the protein component’s identity by taking its “fingerprint” using mass spectroscopy, which identifies protein building blocks. By comparing the molecular makeup of the protein with a database of known protein structures, the research team was able to conclude the protein portion of the glycoprotein was receptor tyrosine phosphatase (RPTP) zeta.

“We suspect the glycan signature carried on RPTP zeta may have a similar role in deactivating microglia through CD33,” says Anabel Gonzalez-Gil Alvarenga, Ph.D., postdoctoral fellow in the Schnaar laboratory and first author of the study.

Further experiments showed that the brain tissue of the five people who died with Alzheimer’s disease had more than twice as much RPTP zeta S3L as the donors who did not have the disease. This implies that this glycoprotein may be connecting with more CD33 receptors than a healthy brain, limiting the brain’s ability to clean up harmful proteins.

Next, the researchers plan to further study RPTP zeta S3L’s structure to determine how its attached glycans give the glycoprotein its unique ability to interact with CD33.

This article was republished with permission from Johns Hopkins Medicine. Read the original.