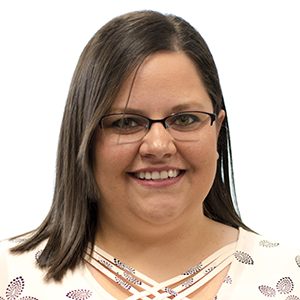 Our body’s immune system is made up of a complex network of cells, tissues and organs that are responsible for identifying and defeating pathogens. Overall, the immune system is excellent at defending against disease-causing microorganisms. Unfortunately, the immune system isn’t perfect, and sometimes it generates too little or too great of an immune response, both of which can be dangerous. On one hand, an underreaction of our immune system allows pathogens to invade and cause illness. On the other hand, an overreaction to a trigger can lead to a variety of autoimmune diseases. 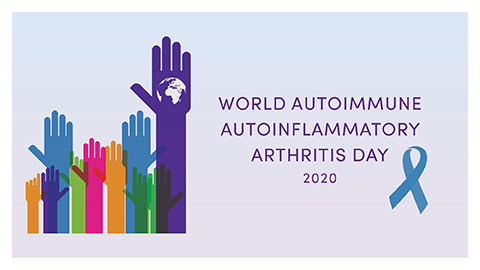 The term autoimmune disease describes conditions in which the body’s immune system mistakenly attacks its own healthy tissue. Essentially, the body’s defense system turns on its host and it is unable to tell the difference between healthy, normal cells and invaders. More than 100 autoimmune diseases have been identified, and these diseases affect almost every part of the body. Collectively, it’s estimated that autoimmune disorders affect more than 24 million people in the United States alone. Unfortunately, researchers still don’t know exactly what causes the immune system to misfire. However, it’s believed that environmental factors and genetic predispositions may trigger autoimmune disease.

Some of the more common autoimmune diseases include:

Also known as RA, this condition results when the immune system produces antibodies that attach to the linings of joints. The immune system then attacks the joints, causing inflamed, stiff and painful joints, primarily affecting the wrist and hands. RA is often accompanied by extreme fatigue and depression and gradually causes permanent joint damage. The symptoms are often debilitating, making daily tasks nearly impossible.

Individuals with lupus develop autoimmune antibodies that attach to tissues throughout the body. Lupus is often difficult to diagnose because it affects many different body parts, including the skin, joints, heart, lungs, brain, kidneys, nerves and blood cells. While people with lupus typically have inflammation in multiple parts of the body, one of the telling signs of disease, in some cases, is a butterfly-shaped rash that spreads across the face.

Also referred to as MS, this condition occurs when the myelin sheath, the protective coating that surrounds nerve cells in the central nervous system, is damaged by an immune system attack. These nerve cells allow for communication between the brain and spinal cord. Therefore, when they are damaged, the ability to properly send and receive signals is slowed, causing symptoms such as impaired movement and coordination, pain, blindness and muscle spasms.

Type 1 diabetes results when the immune system attacks β cells in the pancreas, which are responsible for producing insulin. Since insulin is necessary for the proper metabolism of sugar in the bloodstream, those affected by T1D often have insufficient insulin to regulate blood sugar levels. Primary symptoms associated with this disease include frequent urination, excessive thirst and weight loss. However, sustained high blood sugar can lead to damage to the eyes, heart, kidneys, nerves and blood vessels.

This autoimmune disorder results when overactive immune system cells, called T cells, are stimulated to grow more rapidly than usual. This results in the buildup of scaly, white or silver patches called plaque. Plaque can occur anywhere on the body and is often painful and itchy. Roughly 30% of people with psoriasis also develop pain, stiffness and swelling in their joints. (Learn more about psoriasis.)

While these conditions cover an array of body parts and present with different symptoms, they all share the fact that an aberrant overreaction of the body’s immune system is in some way responsible. While research has illuminated some of the ways the immune system contributes to disease, the actual cause of disease is unknown in most cases. Treatment options vary, but most autoimmune diseases are treated with medications that suppress the immune response. These therapies must be finely tuned to ensure that symptoms associated with disease are dampened, while the immune system still remains functional to prevent infection. Unfortunately, these treatment options don’t cure the underlying autoimmune disease, but rather aim to control the immune response to lessen symptoms.

Highlights included below provide information about current research published in ASBMB journals associated with each of the autoimmune diseases discussed herein:

LAIR-1 as a potential therapeutic target for rheumatoid arthritis

T cell dysregulation has been implicated in the pathophysiology of RA. In this study, published in the Journal of Biological Chemistry, researchers investigated the ability of LAIR-1 to suppress T cell activation. The authors found that triggering LAIR-1 results in inhibition of T cell receptor signaling by decreased phosphorylation of several components of the T cell signaling pathway. This data suggest that LAIR-1 activation may be beneficial in the treatment of rheumatoid arthritis and other T cell-mediated autoimmune diseases.

Identification of biomarkers for lupus

As a result of the diverse clinical manifestations associated with lupus, researchers searched for a biomarker to be able to accurately diagnose the disease. In this paper, published in the journal Molecular & Cellular Proteomics, a phage displayed peptide library was utilized to screen autoantibodies from 100 individuals (50 healthy volunteers and 50 patients with lupus). Four peptides were identified that could selectively and specifically differentiate lupus patients from healthy controls.

Previous studies have recognized the mitochondrial permeability transition pore as a drug target in MS. In this Journal of Biological Chemistry article, researchers designed and synthesized novel mitochondrially targeted inhibitors in order to reduce off-target cellular toxicity. The inhibitors were then tested in the experimental autoimmune encephalomyelitis model of MS and demonstrated neurogenerative protection, improved motor abilities, and minimized immunosuppression. Taken together, these findings suggested that these mitochondrially targeted inhibitors hold promise as viable therapeutics for MS.

One common complication in T1D is hyperglycemia, or high blood glucose levels. This can result in abnormal proteolysis in the diabetic kidney, leading to novel urinary peptides. This study in the journal Molecular & Cellular Proteomics identified peptides in healthy and Type 1 diabetic youths to elucidate the early kidney response to hyperglycemia. Researchers found a particular urinary signature of peptides associated with early T1D that can be detected before clinical indicators of kidney disease.

S1P lyase is responsible for regulating skin cell growth and differentiation. As such, it has been recognized as a potential target for the hyperproliferative skin disease known as psoriasis. In a recent article published in the Journal of Lipid Research, investigators utilized S1P lyase inhibitors in a mouse model of psoriasis and found that these inhibitors were able to ameliorate psoriatic symptoms.

Stephanie Johnson is a Ph.D. candidate in the pharmaceutical chemistry department at The University of Kansas. Her research focuses on identifying therapies with the potential to intercept and reverse Type 1 diabetes.

What is Paxlovid and how will it help the fight against coronavirus?
The Conversation
Debunking common myths about arthritis
Racheal D'Souza
Finding sarcoidosis: A clinical game of hide and seek
Aswathy Rai
DNA and vaccines
Meg Taylor
What is that rash?
Raymond J. Cho
COVID's ‘silver lining’
Liz Szabo