Scientists use bacteria to help plants grow in salty soil

A new study has shown that salt-tolerant bacteria can be used to enhance salt tolerance in various types of plants. The new approach could increase crop yield in areas dealing with increasing soil salinity.

Each year, about 2 million to 3 million hectares of irrigated farmland go out of production worldwide due to salinity problems, according to the U.S. Agency for International Development. Increased soil salinity not only reduces water uptake for crops but can often create a nutrient imbalance that decreases plant growth and yield. 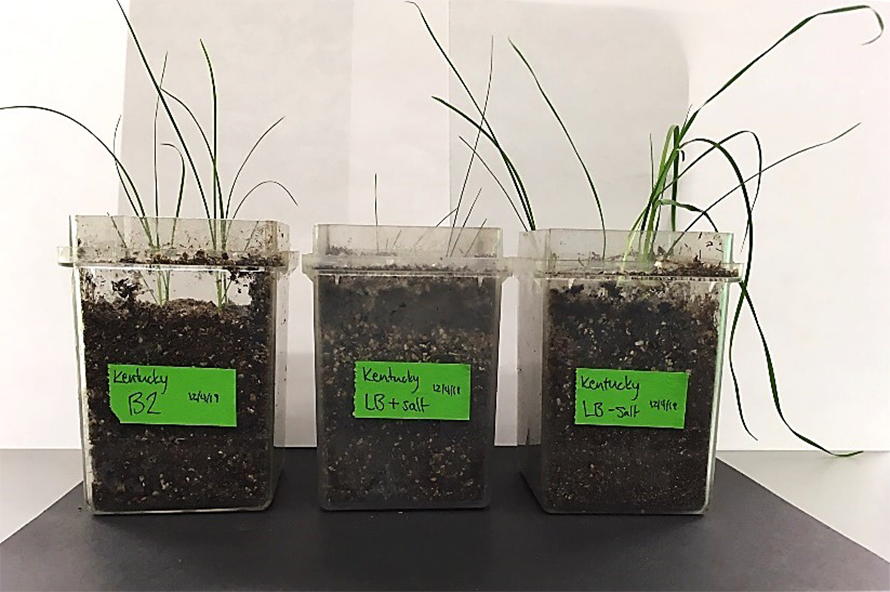 “Agricultural soil loss continues to rise, posing a very real threat to many important crops,” said research team leader Brent Nielsen, a professor at Brigham Young University. “Our method for enhancing the salt tolerance of plants could be scaled up to allow farmers to use more of their land and improve yield. This would create a more stable income for farmers and a more reliable food supply for consumers.”

Ashley Miller, a graduate student working in Nielsen’s lab, was scheduled to present this research at the American Society for Biochemistry and Molecular Biology annual meeting in San Diego in April. Though the meeting, to be held in conjunction with the 2020 Experimental Biology conference, was canceled in response to the COVID-19 outbreak, the research team's abstract was published in The FASEB Journal. 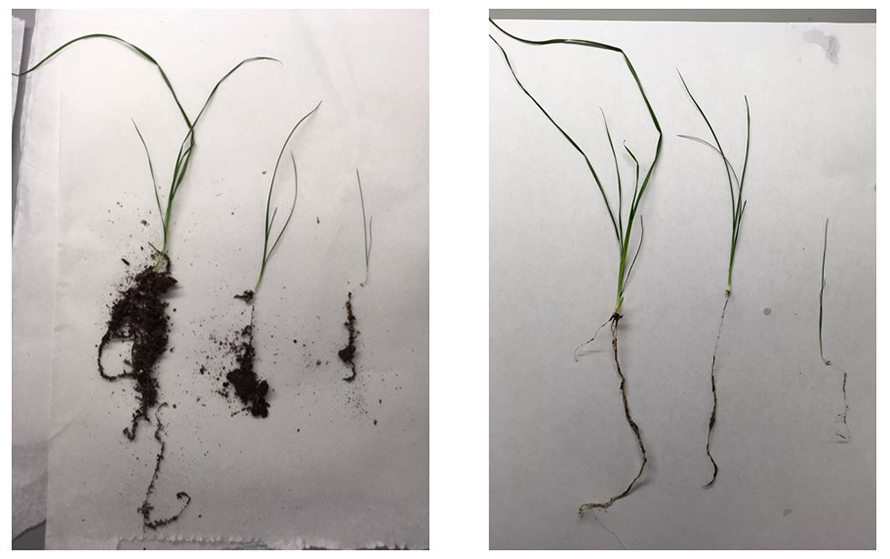 In previous work, the researchers isolated salt-tolerant bacteria from plants growing in salty soils. They then immersed young alfalfa seedlings in liquid containing the individual salt-tolerant bacterial strains, a process called inoculation. The alfalfa inoculated with some of these salt-tolerant strains exhibited improved growth in high-salt conditions compared to plants not inoculated with bacteria. In the new work, they explored whether this salt tolerance could be transferred to other plants.

“We’ve found that salt tolerance can be transferred to many plant types,” said Miller. “Initial studies with Kentucky bluegrass have been particularly successful.”

The researchers found that Kentucky bluegrass grown in salty soil after inoculation with a Bacillus strain increased yield 8.4 times in dry weight compared with control plants grown in the same soil without the bacterial inoculation. The researchers continue to test whether salt tolerance can be conferred to additional plant varieties, with promising initial results.  They are also working to understand how the bacteria confer salt tolerance.