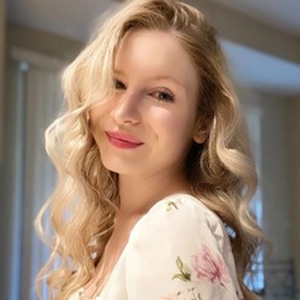 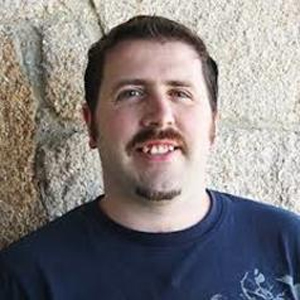 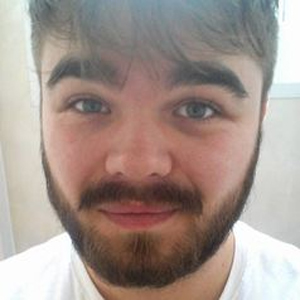 Imagine discovering an animal species you thought had gone extinct was still living – without laying eyes on it. Such was the case with the Brazilian frog species Megaelosia bocainensis, whose complete disappearance in 1968 led scientists to believe it had become extinct. But through a novel genetic detection technique, it was rediscovered in 2020. 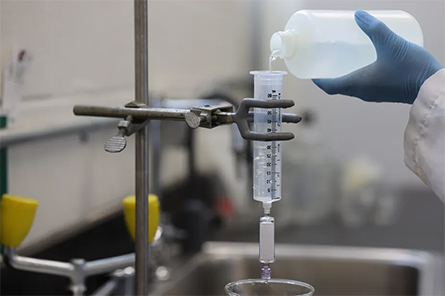 David Duffy, CC BY-ND
Looking for bits of DNA at the University of Florida.

Such discoveries are now possible thanks to a new approach that recovers and reads the trace amounts of DNA released into the environment by animals. It's called environmental DNA, or eDNA – and it takes advantage of the fact that every animal sheds DNA into its environment via skin, hair, scales, feces or bodily fluids as it moves through the world.

As wildlife biologists at the University of Florida's Whitney Laboratory for Marine Bioscience & Sea Turtle Hospital, we use eDNA to track a virus responsible for a sea turtle pandemic called fibropapillomatosis, which causes debilitating tumors. We also use eDNA to detect sea turtles in the wild.

But in 2020, human health researchers began repurposing eDNA techniques to track the COVID-19 pandemic. This is a prime example of how research in one area – wildlife conservation – can be adapted to another area – human disease mitigation. Going forward, we believe eDNA will prove to be an essential tool for monitoring both human and animal health.

From soil microbes to sea turtles

Scientists in the 1980s began hunting for microbe DNA in soil samples. Over the next 20 years, the technique was adapted for use with air and water samples, and scientists started using eDNA to detect larger animals and plants. 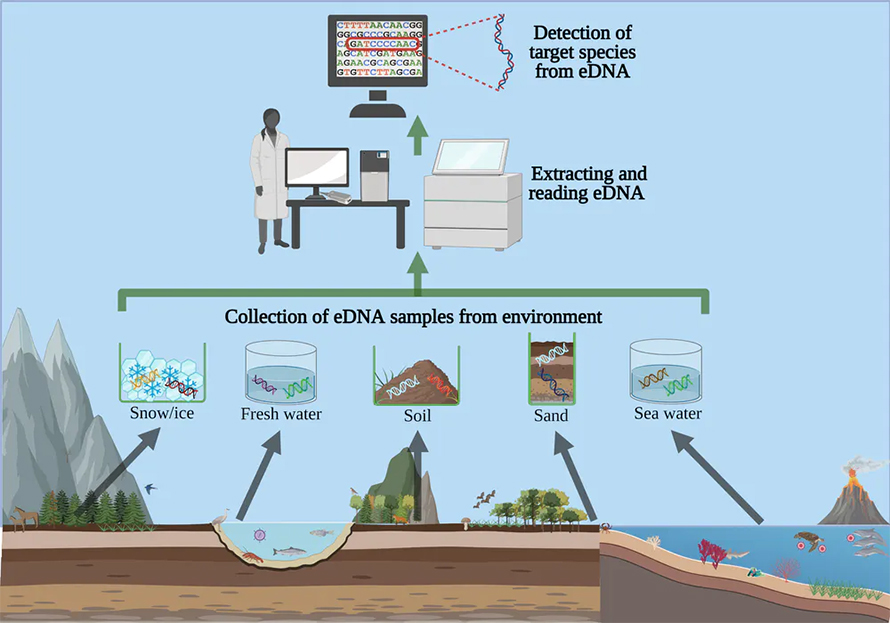 While the science behind eDNA techniques is complex, the actual process of collecting and testing a sample is relatively simple. Samples are filtered through very fine paper, which traps loose cells and strands of DNA. The techniques to read what DNA is present are the same as those used for tissue or blood samples, usually quantitative polymerase chain reaction or whole genome sequencing. Scientists can either read all of the DNA present from every organism – or target just the DNA from species of interest.

Scientists now routinely use eDNA to detect endangered wildlife and invasive species. The ability to tell whether an animal is present without ever needing to lay eyes or a lens on it is an incredible leap forward, decreasing the time, resources and human effort needed to monitor and protect vulnerable species. 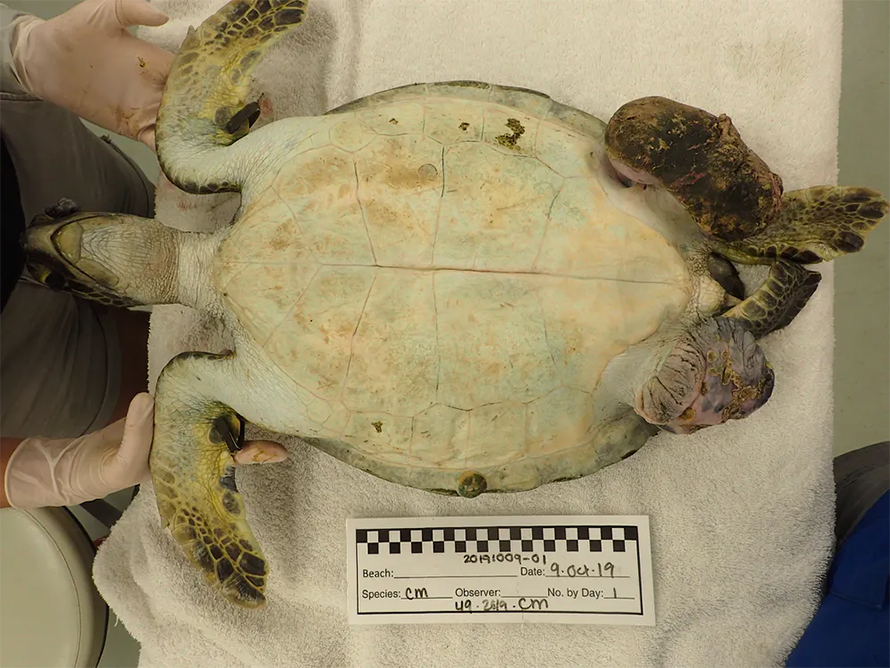 However, to truly protect endangered species, it's not just the animals that need to be monitored, but the pathogens that threaten their survival. Environmental DNA is able to monitor the parasites, fungi and viruses that can cause disease in wildlife.

While scientists originally applied eDNA to human pathogen detection over a decade ago, it wasn't until the beginning of the current COVID-19 human pandemic that the repurposing of eDNA took off on a large scale, allowing the technology to make staggering advancements in very short order.

Coronavirus genomes consist not of DNA, but rather its cousin molecule, RNA. So researchers have rapidly optimized a variation of eDNA – eRNA – to detect coronavirus RNA in air and human wastewater. 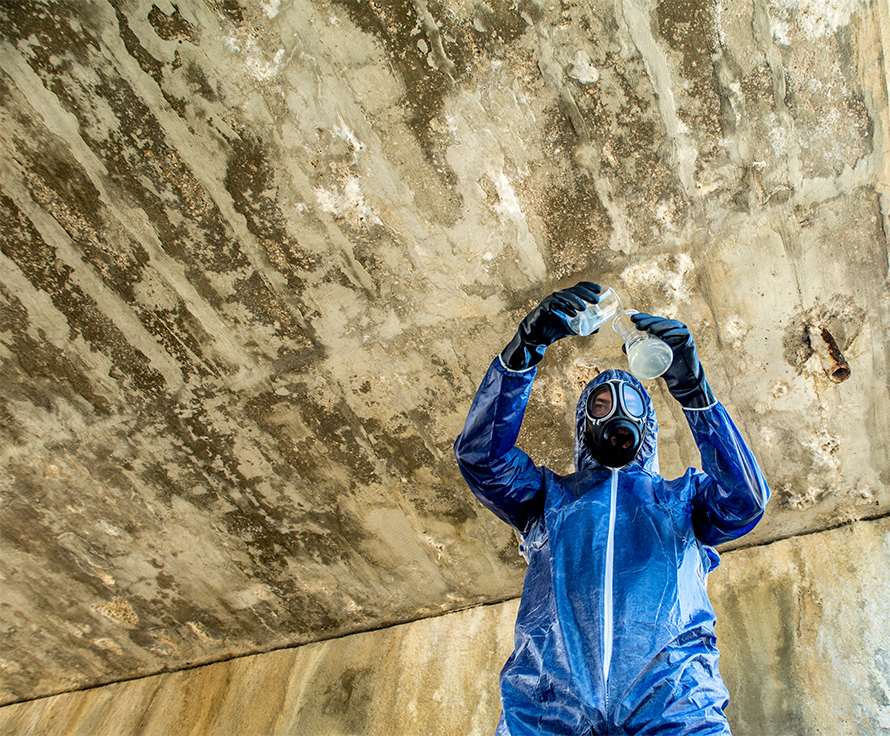 When scientists apply eRNA to archived wastewater samples, the true dates of SARS-CoV-2 appearance can be detected. SARS-CoV-2 concentration in wastewater in Valencia, Spain, peaked on March 9, 2020, but the number of clinical cases didn't peak until the start of April 2020 because of the lag time between infection and severe clinical symptoms.

This sort of predictive monitoring has profound implications for health care systems, allowing time to prepare – not just for COVID-19, but for any future disease outbreaks that threaten human populations.

It's vital that human and animal diseases are studied together. Sixty percent of emerging human pathogens come from animals – with many of these (42%) originating in wildlife populations, including Ebola, Zika, West Nile and Marburg viruses. Alternatively, people can also transmit pathogens to animals.

SARS-CoV-2 has already infected apes at a zoo in San Diego, large cats at a zoo in New York and minks at farms in Europe - the latter of which gave rise to new variants that could prove a new threat to people.

Medics, veterinarians and scientists call this convergence of human, animal and environmental well-being OneHealth or EcoHealth. Studying and treating human and wildlife disease together recognizes their commonalities and often yields breakthroughs.

With eDNA, all pathogens can be monitored in an environment regardless of where they come from. An integrated eDNA monitoring program could cost-effectively provide advanced warning of human, livestock and wildlife diseases.

Jessica Alice Farrell is currently completing a marine biology PhD, focusing on the firbopapillomatosis pandemic in Chelonia mydas, at the Whitney Laboratory & Sea Turtle Hospital at the University of Florida.

David Duffy is an Assistant Professor of Wildlife Disease Genomics, University of Florida. The Duffy Lab focuses on questions at the interface between wildlife and human health, with the aim of identifying disease mechanisms and novel therapeutic treatments.

Liam Whitmore is a zoologist who graduated from Bangor University (Wales) with a Master's in Zoology with Conservation. He is currently studying for his PhD at the University of Limerick, Ireland.

Genetic research in the midst of a pandemic
Nivedita Uday Hegdekar
Genetic analysis hints at why COVID-19 can mess with smell
Erin Garcia de Jesús, Science News
How to choose a booster shot
Tina Hesman Saey, Science News
The curious case of the shrinking genome
Alla Katsnelson
My cat’s coat is mostly white with dark tabby patches. What’s going on?
Dori Grijseels
Scientists have revised the recipe for the first gene and the origin of life
Lauren Gandy