ASBMB Today Science What is a cytokine storm? 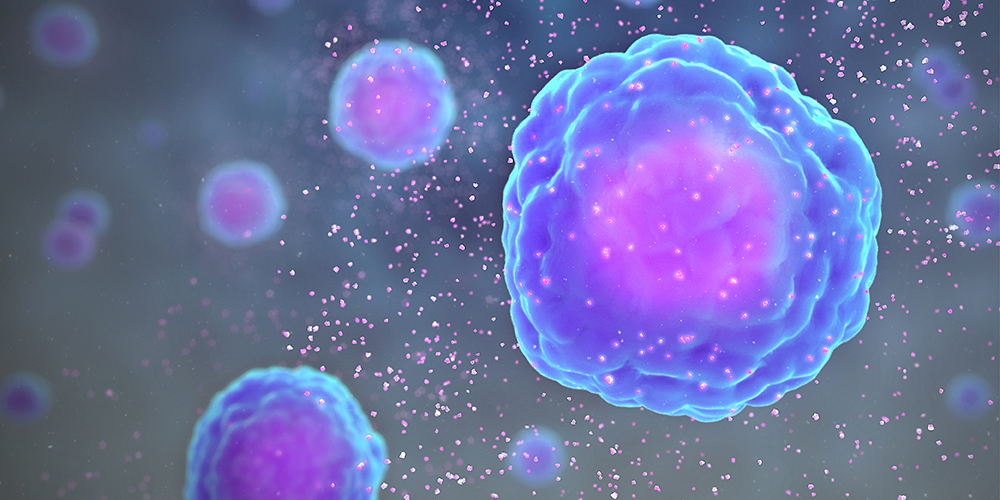 What is a cytokine storm?

An immune reaction gone wild seems to be linked with the most severe cases of pandemic Covid-19. Here’s what happens.

As Covid-19 cases fill the hospitals, among the sickest and most likely to die are those whose bodies react in a signature, catastrophic way. Immune cells flood and attack the lungs they should be protecting. Blood vessels leak; the blood itself clots. Blood pressure plummets and organs start to fail.

Such cases, doctors and scientists increasingly believe, are due to an immune system gone overboard — so that it harms instead of helps.

Normally, when the human body encounters a germ, the immune system attacks the invader and then stands down. But sometimes, that orderly army of cells wielding molecular weapons gets out of control, morphing from obedient soldiers into an unruly, torch- and pitchfork-bearing mob. Though there are tests and treatments that could help to identify and tamp down this insurrection, it’s too early to be sure of the best course of therapy for those who are suffering a storm due to Covid-19.

Variants on this hyperactive immune reaction occur in an array of conditions, triggered by infection, faulty genes or autoimmune disorders in which the body thinks its own tissues are invaders (see box). All fall under the umbrella term “cytokine storm,” named because substances called cytokines rampage through the bloodstream. These small proteins — there are dozens — are the immune army’s messengers, transiting between cells with a variety of effects: Some ask for more immune activity; some request less. 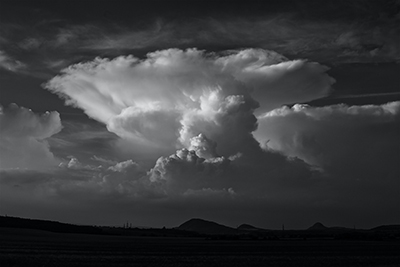 A cytokine storm occurs in a variety of conditions:

Macrophage activation syndrome (MAS) often occurs in people with an autoimmune disorder such as lupus, juvenile arthritis or Still’s disease.

Hemophagocytic lymphohistiocytosis (HLH) is a genetic condition that causes too many active immune cells to be made. It is deadly in infants but can be treated with a bone marrow transplant, which replaces the faulty immune system with a functional one.

Viral infections — such as Epstein-Barr virus, cytomegalovirus and other herpes viruses — can trigger a cytokine storm, sometimes referred to as reactive HLH or MAS.

Sepsis, a blood infection, can also be a trigger.

Leukemia and lymphoma are blood cancers that sometimes create a cytokine storm.

Cytokine release syndrome develops in some people with leukemia who receive immunotherapy, such as infused antibodies or immune cells.

Here’s what scientists know about cytokine storms and the part they play in Covid-19.

When the cytokines that raise immune activity become too abundant, the immune system may not be able to stop itself. Immune cells spread beyond infected body parts and start attacking healthy tissues, gobbling up red and white blood cells and damaging the liver. Blood vessel walls open up to let immune cells into surrounding tissues, but the vessels get so leaky that the lungs may fill with fluid, and blood pressure drops. Blood clots throughout the body, further choking blood flow. When organs don’t get enough blood, a person can go into shock, risking permanent organ damage or death.

Most patients experiencing a storm will have a fever, and about half will have some sort of nervous system symptoms, such as headache, seizures or even coma, says Randy Cron, a pediatric rheumatologist and immunologist at the University of Alabama at Birmingham and co-editor of the 2019 textbook Cytokine Storm Syndrome. “They tend to be sicker than you expect,” he says.

Doctors are only now coming to understand cytokine storms and how to treat them, he adds. Though there’s no fail-safe diagnostic test, there are signs that a storm may be underway. For example, blood levels of the protein ferritin may rise, as may blood concentrations of the inflammation indicator C-reactive protein, which is made by the liver.

The first hints that severe Covid-19 cases included a cytokine storm came out of Chinese hospitals near the outbreak’s epicenter. Physicians in Wuhan, in a study of 29 patients, reported that higher levels of the cytokines IL-2R and IL-6 were found in more severe Covid-19 infections.

IL-6 was also an early indicator of a cytokine storm-like condition in an 11-patient analysis by physicians in Guangdong. Another team, analyzing 150 cases in Wuhan, found that an array of molecular indicators for a cytokine storm — including IL-6, CRP and ferritin — were higher in those who died than in those who survived.

And immunologists in Hefei reported similar results among patients who died, as well as high levels of active, damaging immune cells spewing dangerous cytokines in the blood of Covid-19 patients who required intensive care.

Cytokine storms are also raging among US patients. “I’ve seen plenty of it,” says Roberto Caricchio, chief of rheumatology at Temple University in Philadelphia. Precise data aren’t in yet, but he says that a “sizable fraction” — perhaps 20 to 30 percent — of patients with severe cases and lung symptoms have signs of a cytokine storm.

The picture is still coming together. “Covid is — maybe — a relatively unique cytokine storm,” Cron says. Blood-clotting rates seem to go beyond those often seen in other storm conditions, but ferritin levels don’t rise to quite the same sky-high levels. In Covid-19, doctors may observe immune cells attacking the lungs so early, and so harshly, that a sort of scar tissue called fibrosis forms. “It seems to happen quickly with this virus.”

This is not the first time a cytokine storm has been linked to a pandemic. Scientists suspect that cytokine storms caused many of the fatalities in the 1918 flu pandemic and the 2003 outbreak of SARS, a virus related to the one that causes Covid-19.

Covid is — maybe — a relatively unique cytokine storm. It seems to happen quickly with this virus.
Randy Cron

More recently, Cron and colleagues analyzed 16 fatal cases, from between 2009 and 2014, of the pandemic H1N1 “swine” flu — a novel influenza virus that emerged in 2009 and has since become a fixture during flu season. Up to four-fifths of those patients met standard criteria for a cytokine storm. In addition, several had genetic variants that might have made their immune systems more likely to overreact.

Two patients, for example, had mutations in the PRF1 gene, which makes a protein called perforin. Made by certain immune cells, perforin pokes holes in other, infected cells to destroy them. Mutations in the perforin gene impede the process, but these immune cells — known as natural killer cells — don’t stop trying. “They just keep banging their heads against this, secreting all these cytokines, and you get a cytokine storm,” says study collaborator Grant Schulert, a pediatric rheumatologist at Cincinnati Children’s Hospital Center, who co-wrote an overview of one kind of storm and potential treatments in the Annual Review of Medicine.

And five of the patients looked at by Cron and colleagues carried mutations in a gene called LYST, which causes defects in trafficking of cellular garbage. This disrupts the activity of perforin and prevents immune cells from responding properly to invaders. A handful of others had mutations that the scientists suspect might also influence immune function.

It’s possible, Cron says, that these or similar mutations might explain why about 20 percent of people get a severe or critical version of Covid-19, while others have milder symptoms or even no symptoms at all. Those whose genomes carry such a mutation might, unknowingly, possess an immune system primed to get out of control, so they’d get sicker than everyone else.

“It’s hard to fight off infections when your immune system is being trashed,” Cron says.

The solution, then, might be to quiet the rampaging immune response. Steroids are often the first choice of treatment. They act broadly to dampen the immune system — but, of course, that system is needed at a lower intensity to fight invaders. In the case of Covid-19, it’s not yet clear if steroids are beneficial or harmful, Cron says.

There are also medications that interfere with specific cytokines. If steroids are an atom bomb, these drugs are targeted missile strikes. The idea is that they’ll leave the good immune response intact.

For example, anakinra (Kineret) is a modified version of a natural human protein that blocks receptors for the cytokine IL-1. It’s FDA-approved for rheumatoid arthritis and a multisystem inflammatory disease in infants. And emapalumab (Gamifant), an antibody that stifles the cytokine interferon-gamma, is approved for people who are genetically predisposed to a cytokine storm.

The biggest trick in cytokine storm is just recognizing it.
Grant Schulert

Early evidence, again from China, indicates that the antibody tocilizumab (Actemra) may be beneficial in Covid-19. This antibody clogs the IL-6 receptor, preventing cells from receiving the IL-6 message. Tocilizumab is normally used to treat arthritis and to alleviate cytokine storms in cancer patients receiving immunotherapy. In early February, doctors from two hospitals in the province of Anhui tried it in 21 patients with severe or critical Covid-19. Fevers and other symptoms were substantially reduced within a few days. Levels of C-reactive protein dropped in the majority of patients. Nineteen patients were discharged within about two weeks.

Researchers are initiating several clinical trials of cytokine blockers for Covid-19. Tocilizumab is under further study in Italy and China; tocilizumab and sarilumab (Kevzara), another antibody to the IL-6 receptor used for rheumatoid arthritis, are both being tested in Denmark; and emapalumab and anakinra are undergoing trial in Italy.

In Philadelphia, Caricchio’s hospital is participating in a trial of sarilumab. If patients don’t want to risk being in the placebo arm, doctors are also prescribing tocilizumab, other anti-cytokine treatments or steroids. One patient who had lung disease and a cytokine storm improved quite a bit on tocilizumab, Caricchio says. It’s important that physicians develop a treatment plan to attack both the raging cytokine storm and the viral infection that caused it, he adds.

But for any treatment to work, doctors must catch the storm happening. “The biggest trick in cytokine storm is just recognizing it,” Schulert says. He, Caricchio and Cron recommend that everyone sick enough to be hospitalized with Covid-19 get an inexpensive test for ferritin in their blood. All three of their hospitals have instituted such testing, as have many other academic medical centers, they say.

Interim guidelines from the US Centers for Disease Control and Prevention, updated April 3, mention that high CRP and ferritin levels may be correlated with more severe illness; World Health Organization guidelines make no mention of markers for a cytokine storm.

The sooner doctors can treat the raging storm, the better the results, Cron says. “If it’s your immune system killing you, then you need to do something.”

A hopping, scooting enzyme; the role of mycolic acid biosynthesis in TB; ceramide reduction to treat liver disease. Read about these recent papers in the Journal of Lipid Research.

Searching high and low for the origins of life

Scientists in Germany tested the malaria drugs on various cell types and found they can block coronavirus infection in kidney cells from the African green monkey but don’t inhibit the virus in human lung cells.

An estimated 125 million people worldwide are affected by psoriasis. Learn about the disease and recent research on it.

The color of COVID

In a summer dominated by COVID-19 and protests against racial injustice, there are growing demands that drugmakers and investigators ensure that vaccine trials reflect the entire community.