Yeast as a detective’s assistant

Macromolecules such as proteins, lipids and carbohydrates often have complex structures that underpin their cellular functions. The sugar alcohol myo-inositol is a notable exception — its simple six-carbon structure looks unremarkable but is used in countless cellular processes in all domains of life. 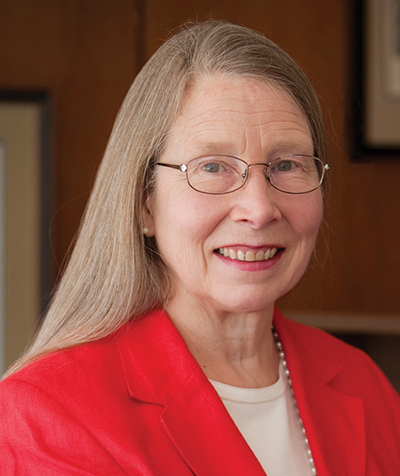 ASBMB Today
Susan Henry’s work on the regulation of inositol and phospholipids in yeast
enabled numerous studies of the same pathways in humans and other
eukaryotes.

According to Susan Henry, a professor of molecular biology and genetics at Cornell University, inositol is absolutely essential in cells. “It’s a major phospholipid precursor as well as a signaling molecule,” she said.

Henry has studied inositol metabolism in the yeast Saccharomyces cerevisiae since the 1970s. “I focused on the phospholipids and the metabolites that regulate their formation,” she said. “Inositol turned out to be the strongest regulatory metabolite of these pathways.”

Early in her career,Henry chose to work with S. cerevisiae, she said, because it is easier to study inositol and phospholipids in this organism than in more complex eukaryotes.

Yeast species have been a workhorse for scientists since the dawn of modern research. Their widespread use in fermentations led to the coinage of the term “enzyme” (Greek for “in yeast”). S. cerevisiae grows rapidly in culture as single cells, a boon for investigating eukaryotic biochemistry. The species can be maintained stably in the haploid state, and its genes can be manipulated easily.

“Yeast is almost like the Escherichia coli of the eukaryotic world,” Henry said, adding that yeast helped researchers “to figure out exactly where the metabolic components are coming from.”

The fully sequenced S. cerevisiae genome did not become available until 1996, so earlier studies of the genetics and biochemistry of even this simple organism required skilled detective work to find all the players involved in a molecular pathway.

At Albert Einstein College of Medicine in the mid-1970s, Henry and Ph.D. student Michael Culbertson used the mutagenic agent ethyl methanesulfonate to generate more than 50 S. cerevisiae mutants defective in inositol biosynthesis. This mutant strain collection provided a resource to launch investigations into the genes involved in inositol and phospholipid metabolism.

In a 1981 JBC paper, Henry and co-author Thomas Donahue reported the first purification and characterization of yeast myo-inositol-1-phosphate synthase, or Ino1, an enzyme that catalyzes a reaction that yields inositol 1-phosphate, an immediate precursor to free inositol.

The two scientists also mapped its gene to a locus called INO1 in the yeast genome and developed antibodies for specific detection of Ino1, laying the groundwork for more detailed biochemical and genetic studies.

The sugar alcohol myo-inositol is a signaling compound and a ubiquitous precursor to phospholipids and many other important structural and signaling metabolites.

In three JBC papers published in the late 1980s and early 1990s and now recognized as Classics, Henry and colleagues at Albert Einstein College and at Carnegie Mellon University reported the sequence and genetic analysis of the INO1 gene along with its regulation by a transcriptional repressor and two transcriptional activators.

In the first of these papers, Henry and Margaret Dean–Johnson sequenced the cloned INO1 gene and also determined the amino acid sequence of the purified protein. This analysis uncovered an open reading frame, or ORF, as a prime candidate for encoding the entire enzyme.

When they disrupted the predicted INO1 ORF in yeast cells, the researchers found that the cells did not express the Ino1 protein and grew only when supplied with inositol from the growth medium.

Their findings showed that the INO1 gene encodes myo-inositol-1-phosphate synthase in yeast and made available the full-length nucleotide and amino acid sequences of this pivotal phospholipid enzyme.

In keeping with earlier findings of the Henry lab that expression of the Ino1 enzyme is transcriptionally regulated, their work revealed several conserved short DNA motifs in the 5' promoter region of the INO1 gene that likely were bound by transcriptional regulators.

Henry next set her sights on deciphering the regulation of INO1 expression by inositol and another phospholipid precursor, choline. Using various INO1promoter constructs fused to the E. coli lacZgene to measure the promoters’ activities, her team pinpointed the main regulatory regions in the INO1promoter.

In particular, the team found a region that appeared to be bound by a transcriptional repressor, Opi1, they had previously identified.

In the second Classics paper, Henry and colleagues mapped the OPI gene in the yeast genome, cloned and sequenced it, and identified several features of the predicted Opi protein sequence, including a leucine repeat and polyglutamine stretches present in many other regulatory proteins.

The paper defined an important regulatory mechanism controlling INO1 expression. It also provided critical momentum for identifying an important regulatory DNA element, the inositol-sensitive upstream activation sequence. This element is present in the promoters of genes for biosynthesis of phospholipids and the lipid triacylglycerol.

The third Classics paper further elucidated the regulatory circuit that controls phospholipid biosynthesis in yeast. Henry and colleagues demonstrated that the yeast proteins Ino2 and Ino4 form a heterodimeric complex that binds and activates the INO1 promoter and delineated the binding sites of the Ino2–Ino4 complex on thispromoter.

The paper was the first to describe a basic helix-loop-helix, or bHLH, heterodimeric transcription factor in yeast and represented a milestone in uncovering how phospholipid synthesis is regulated in eukaryotes.

A ladder for research

Looking back, Henry says that mentorship by Seymour Fogel and Alec Keith laid the foundation for her career. Besides sharing their expertise in genetics and biochemistry, they gave Henry critical material support to get her work off the ground.

“I was really lucky that they were not the kind of people who wanted me to (work exclusively) on their hot project,” she said. “They were willing to let me come into the laboratory and use their materials to do the things that I wanted to do.”

Moreover, although she was working with yeast, she secured funding through agencies that typically support mainly medical research. “I didn’t have any trouble getting support from the National Institutes of Health, because of the connection with lipid metabolism in other eukaryotic organisms,” she said.

This investment paid off. “Many of the genes that I worked on were homologous to those in other eukaryotes, providing a ladder for other people to find the (corresponding) genes in other organisms,” Henry said.