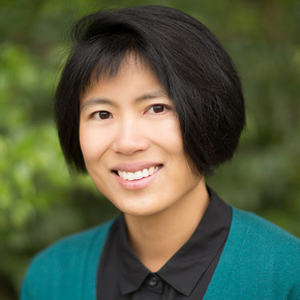 Could a decades-old antidepressant be a secret weapon against covid? A few scientists think so, after two small studies showed that fluvoxamine, typically prescribed for obsessive-compulsive disorder, prevented serious illness in all participants who took the pills soon after developing symptoms. 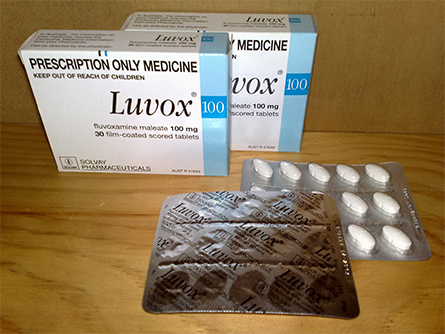 Wikimedia Commons
Philanthropies are funding studies of cheap, existing medications like
the antidepressant fluvoxamine — sold under the brand name Luvox —
as covid treatments. But early hype about hydroxychloroquine and other
repurposed drugs leaves researchers leery of hasty conclusions.

It's an exciting notion: A $10, two-week course of this drug could reduce death and hospitalizations. The drug could be used to fight ongoing outbreaks in the United States and would be a particular godsend for lower-income countries that may have to wait years for vaccines against the virus. But fluvoxamine, as well as other old drugs showing potential against covid, face hurdles to full evaluations.

Drug companies have no incentive to spend millions to test new uses for cheap, off-patent drugs. Chances are slim that any drug, even one showing promise in early trials, would provide a major benefit. And early enthusiasm for covid treatments that later flopped has "made people gun-shy," said Dr. Jeffrey Klausner, a professor of preventive medicine at the University of Southern California.

In particular, former President Donald Trump's premature promotion of hydroxychloroquine likely stymied efforts to find other generic cures. The Food and Drug Administration granted emergency use of the malaria drug in March, then revoked the authorization less than three months later after evidence showed it was more likely to harm than help patients.

"We doctors who want to use evidence-based medicine feel somewhat burned by the hydroxychloroquine experience and really want to see good studies before we actually jump on the bandwagon," said Dr. Paul Sax, clinical director of the division of infectious diseases at Brigham and Women's Hospital in Boston.

And that poses a Catch-22. Until recently, the National Institutes of Health, the world's largest public funder of biomedical research, has shown little interest in studies of repurposed drugs. Without big money, it's hard to do the research needed to show whether existing treatments could work against covid.

As a result, efforts to repurpose drugs have fallen to philanthropists, some in the Bay Area. "We're missing out on public health benefits of the drugs we already have because we're relying almost entirely on capitalism and private industry to make advances," said Elaine Lissner, founder of the San Francisco-based Parsemus Foundation, which is supporting covid research on fluvoxamine and other low-cost oral drugs.

Repurposing is a long shot, yet compared to creating drugs and vaccines, the approach has clear advantages during a fast-moving pandemic. "If it works and it's on the shelf, you don't have any development time," said Dr. Lisa Danzig, a specialist in infectious diseases who consults with companies, investors, government and philanthropies. One of the best treatments in the covid arsenal — the common steroid dexamethasone — is a repurposed drug. But it is recommended only for hospitalized patients who are seriously ill.

Danzig was "very excited" last April by news that a team led by University of California-San Francisco researchers had identified 69 possible drugs that, when used early on, could counteract infections with SARS-CoV-2, the virus that causes covid. "I'm thinking, if we can rapidly test some of these in clinical trials, we can have answers by October."

Yet these studies struggled to get off the ground. Solid covid trials of early treatments are particularly hard to pull off. Patients often must enroll within days of noticing symptoms. And without a national research infrastructure, "it's hard to get anyone's attention to participate in a trial or refer to it," said Dr. Eric Lenze, a psychiatrist at Washington University in St. Louis who teamed with his colleague Dr. Angela Reiersen last year to conduct a trial of fluvoxamine in newly infected covid patients with mild symptoms.

Participants in that early study logged symptoms on a website while taking fluvoxamine or placebo tablets that were mailed to their homes. Fluvoxamine, sold under the brand name Luvox, is one of the oldest drugs in the selective serotonin reuptake inhibitor (SSRI) class. It is prescribed for major depression in many countries and was approved by the FDA in 1994 to treat OCD.

The results of the trial, published in November in the Journal of the American Medical Association, showed that none of the 80 fluvoxamine-treated patients became seriously ill, while six of 72 patients who took placebo pills worsened and required hospitalization.

Last month, another journal published results of a real-world study that echoed the JAMA results: Among 113 horse racetrack workers who were offered fluvoxamine after contracting covid during a Bay Area outbreak, none of the 65 patients who chose to take the drug got sicker, whereas six of 48 people who declined the drug wound up hospitalized, and one died.

The evidence for fluvoxamine — which includes cell and animal data showing that the drug blocks harmful inflammation through a molecular pathway different from the way it treats depression or OCD — puts it "among the more promising non-proven therapies," Sax said. He is waiting for more definitive results from an ongoing national trial being conducted by the Washington University team. "Based on years of watching therapeutic trials in infectious disease," Sax said, "a lot of these things turn out to be busts."

Experiences with several experimental treatments illustrate this word of caution. Earlier in the pandemic, some doctors jumped on early lab data and started treating people with convalescent plasma — blood donated by recovered patients. Enthusiasm for plasma, however, has waned somewhat as the pandemic eased and larger studies suggested it did not improve survival in hospitalized patients.

Research on the gout drug colchicine caused similar whiplash. A news release in January claimed the drug reduced covid deaths by 44%, but once the full data was released, enthusiasm cooled, said Dr. David Boulware, a physician-scientist at the University of Minnesota Medical School who led several hydroxychloroquine trials that helped disprove that drug's value in fighting covid.

"It's tough to weed through what's real and what's not," he said.

Kirsch's fund helped finance the published fluvoxamine trial and coordinated fundraising for most of the $2 million needed for the current nationwide study. But his zeal gave some the impression that Kirsch was hyping the drug. Newspapers have rejected his op-eds, Facebook took down his posts, and Medium removed Kirsch's story titled "The Fast, Easy, Safe, Simple, Low-Cost Solution to COVID That Works 100% of the Time That Nobody Wants to Talk About," and closed his account.

Claims about a drug's efficacy and safety can be made only after authorization of the product by the FDA for its intended use, said Danzig, who serves as a volunteer medical adviser for Kirsch's fund. These rules "are not widely known to people in the tech world."

Agency-level guidelines are slow to change, and for good reason, Boulware said. "If something's a guideline, and you're not doing it, that starts to become medical malpractice."

In the case of fluvoxamine, though, Boulware finds the data promising and hopes the larger trial can be completed quickly. "If this was the first drug that came along and there wasn't the hydroxychloroquine experience, people would view it very differently," he said.

Besides the fluvoxamine study, other drug repurposing trials are enrolling U.S. patients, including an NIH trial comparing monoclonal antibodies, inhalable beta interferon and camostat, and separate trials evaluating the diabetes drug metformin or vitamin D for covid treatment or prevention. Plans are underway for additional trials supported by a public-private partnership. And a multi-site, placebo-controlled trial coordinated by McMaster University in Ontario, Canada, is comparing fluvoxamine, metformin and an antiparasitic agent, ivermectin, in patients with mild covid.

"I think we're going to get some answers," said Dr. Vikas Sukhatme, dean of the Emory School of Medicine. "It just would have been nice to get them sooner."