JLR: Unique solid-liquid lipid organization could regulate what gets under your skin 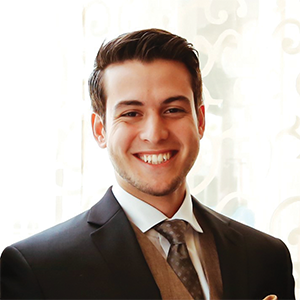 Like any great fortress, the body’s first line of defense is a physical barrier. Our skin is our largest organ, and it controls much of what gets in and out of the body. Given this critical role, understanding the structure and function of this outer membrane is of great interest to biomedical researchers. A study published in the Journal of Lipid Research reports novel skin architecture where lipids exist in both solid and liquid phases, which could give rise to the skin’s unique permeability. The stratum corneum, or SC, the outer layer of mammalian skin, dictates the rate of water loss through the skin as well as absorption of outside substances. This membrane’s limited permeability is thought to be due largely to a crystalline organization of its lipids. Lead author Michel Lafleur became interested in the structural character of lipids in the skin during his postdoctoral work. In a previous project, he used deuterium nuclear magnetic resonance, or 2H NMR, which allows for structural characterization of lipid phase behavior. Conversations with Neil Kitson, a dermatologist, sparked the idea for his current study. “During group meetings and discussions around coffees, he discussed the importance of skin lipids whereas I presented the information we can get about lipid phase behavior from 2H NMR,” Lafleur wrote. “(W)e thought it would be interesting to try to get information about the structure and the phase behavior of SC lipids.”

Lafleur and Adrian Paz Ramos at the Université de Montréal and their collaborators at the Leiden Academic Centre for Drug Research in the Netherlands used advanced spectroscopic techniques to study lipid mixtures designed to mimic SC architecture. With 2H NMR, they got a detailed characterization of the phase behavior of a series of lipid mixtures. The technique detects signals from a rare hydrogen isotope (deuterium) that is only present if deliberately incorporated during lipid synthesis. This allowed them to study the structure and dynamics of deuterium-labeled SC components in varied lipid environments.

The researchers wanted to understand the role of an oleate-containing sphingolipid necessary in SC architecture, N-melissoyl-oleoyloxy hexacosanoyl-D-erythro-sphingosine, commonly called ceramide EOS. They found that the oleate chain of ceramide EOS formed disordered pockets within the crystalline lipid structure. Not only were these long chains of lipids disordered, but for the first time the researchers found them to be in the liquid phase. These results suggest that hydrocarbon nanodrops existed in their SC lipid model. They found that these nanodrops maintained their liquid phase down to -30°C. This was surprising, given that this lipid’s chemical analogs typically have a melting point between 0°C and 20°C. The authors believe these findings substantially modify the structural description of the SC and propose a novel role of ceramide EOS as a strong modulator of SC solid-liquid balance.

This research is a big step forward in understanding the unique structural dynamics of human skin and could lead to improvement of a number of therapeutic techniques, including transdermal drug delivery, artificial skin and skin disease treatments, Lafleur suggested. This model is yet to be verified in animals; however, he believes that, should it hold true, these nanodrops could be manipulated to facilitate drug delivery across the skin barrier.

Eduardo R. Martínez–Montes is a Ph.D. student in the biochemistry, cellular and molecular biology program at Johns Hopkins School of Medicine.