Removing belly fat
before it sticks to you

University of Cincinnati researchers produce fat-busting proteins in the lab 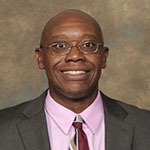 Triglycerides, those fats that seem to be the bane of any diet, remain a mystery for many researchers. Plenty of them are in Big Macs, deep pan pizza and the like, but some are a necessity to fuel the body for daily activities.

Researchers Mark Castleberry, a doctoral student, and professor Sean Davidson, both in the University of Cincinnati College of Medicine, have found a way to produce in the laboratory a human protein produced in the liver known as apolipoprotein A5, or APOA 5. It plays an important role in metabolizing and clearing excess levels of triglycerides from the bloodstream.

Their findings were published in the Journal of Lipid Research. Castleberry, who is studying in the UC department of molecular genetics, biochemistry and microbiology, is the paper’s first author. 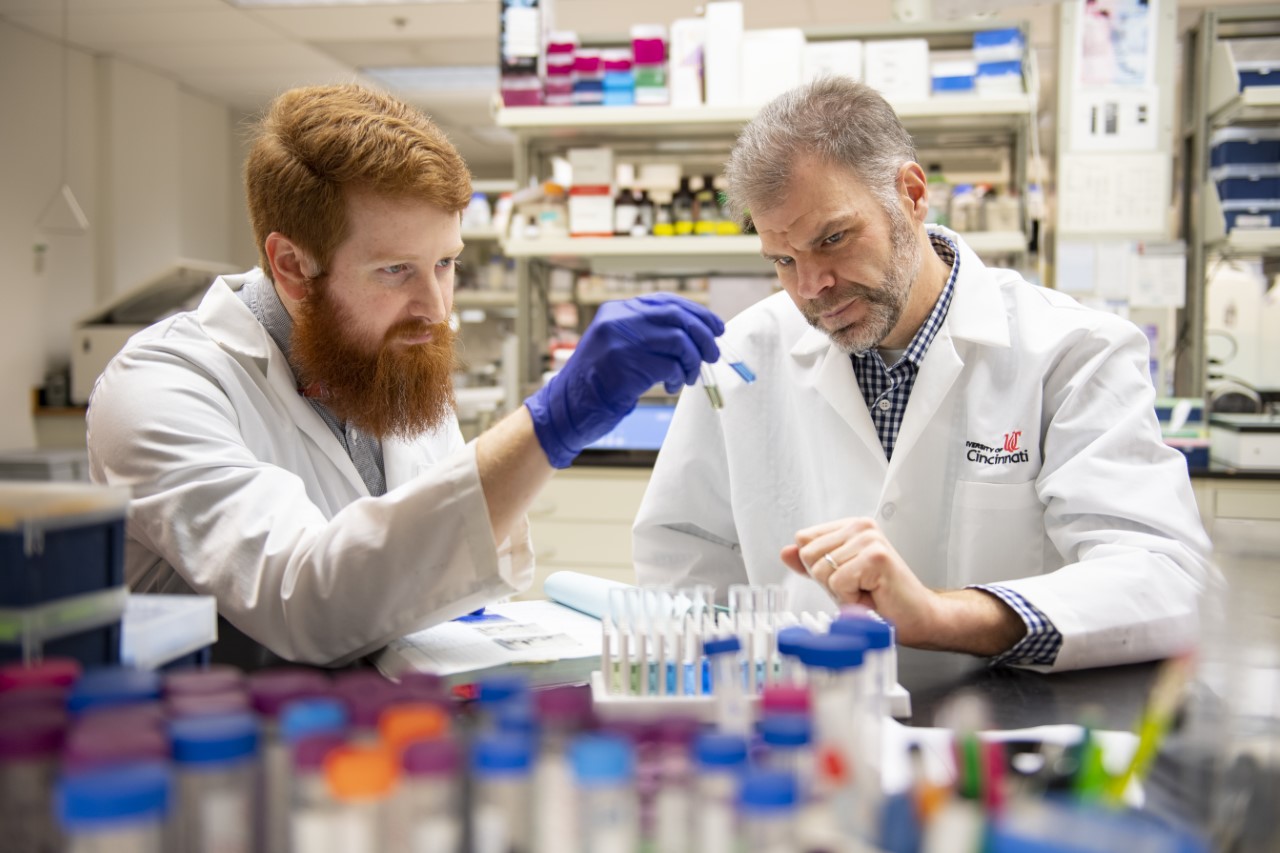 Colleen Kelley/UC Creative Services
Mark Castleberry, a doctoral student, and Sean Davidson are pictured in Davidson's lab at the University of Cincinnati College of Medicine

“We are really interested in understanding triglycerides because hypertriglyceridemia — too much fat in your blood — is a big factor leading to cardiovascular disease, diabetes, obesity and other health concerns,” explains Davidson, who holds appointments in UC’s departments of pathology and laboratory medicine and molecular genetics, biochemistry and microbiology. “When you have a lot of fat that is hanging around in your circulation it’s important to clear as much of it out as soon as possible.”

“APOA5 is highly involved in how fast triglycerides get taken out of your circulation,” says Davidson, who has a doctorate in biochemistry. “The more APOA5 you have the faster the triglyceride is removed. Everybody agrees it is an important protein but scientists don’t know much about its structure or how it does what it does. If we could figure out how it works we could come up with a drug that uses the same mechanism or trigger it to work better.”

The work demonstrates UC's commitment to research as described in its strategic direction called Next Lives Here.

Castleberry says researchers inserted a human gene coded by DNA into bacteria genetically engineered to produce human proteins. Once those proteins were produced they were removed from the host and purified for use in studies at the lab bench and in mouse models.

“We can quickly make a much greater amount of this protein using bacterial production than if we tried to isolate it from blood in humans,” explains Castleberry. “The mice in this study were basically fed a large bowl of fat and triglycerides.”

“We could analyze their blood after we fed them and observe the level of fat change as they digested the meal,” said Castleberry. “We were able to give our protein to the mice that had that fatty meal and rapidly clear the triglycerides that would have accumulated in their blood.”

The research was supported by the National Institutes of Health’s Heart, Lung and Blood Institute, which funded a predoctoral fellowship for Castleberry.

This article was originally published on the UC News page. Read it here.

Sean Davidson, an associate editor of the Journal of Lipid Research, recently talked to staff writer Laurel Oldach about his fascination with high-density lipoprotein and why he cringes when people call it “good cholesterol.”  Also, his love of competitive cycling. Read the ASBMB Today interview.

Cedric Ricks is a public information officer at the University of Cincinnati.