My mother has a large traditional family, with six brothers and nine sisters. Most of them I have only ever met a handful of times, usually at weddings or funerals. Despite this, my mother stays in close contact with all of them by phone as often as she can.

This past year, one of her closer sisters came for a visit. She stayed for about a month but wasn’t quite feeling herself. After her stay, she returned home to visit her local clinic, and they sent her off for a more thorough examination at a hospital. It was then that they found a tumor in her colon that had spread to her liver and lungs. My mother was heartbroken to learn that her sister was diagnosed with late-stage, metastatic colon cancer. 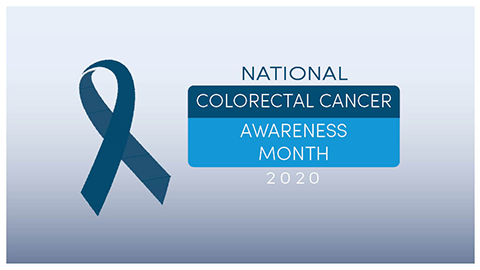 The last part of the gastrointestinal tract, the large intestine includes both the colon (about six feet long) and the rectum (the final eight inches or so). This long and muscular tube is an essential part of human digestion. It’s where reabsorption of water and important nutrients occurs before removal of toxic waste products.

A great number of gastrointestinal cancer cases are mischaracterized as either colon or rectal cancer, and despite important differences between cancers of colon and rectal tissues, the all-encompassing term colorectal cancer is commonly used for both.

One of the leading causes of cancer mortality worldwide, colorectal cancer is estimated to have taken the lives of more than 50,000 people in the United States in 2019.

The development of cancer in the large intestine is generally a slow process. Initially developing as a small and benign polyp (usually adenoma) from the glandular cells lining the colon, it over decades can grow to invade the wall of the colon or rectum. There, cancer cells penetrate blood vessels or the lymphatic system and travel to distant sites of the body (typically the liver and lungs).

Although early colorectal cancer is usually asymptomatic, as the polyp grows into a larger tumor it can implicate the passage of matter through the intestine and disrupt other normal intestinal functions to cause bleeding. Blood in the stool, although not always a sign of cancer, is a first indicator of the need for further examination. Other symptoms that present include but are not limited to abdominal discomfort, decreased appetite, weight loss, and other irregular changes to bowel movements.

So what puts us at risk for developing this disease?

The traditional “Western lifestyle” has been implicated in the development and progression of colorectal cancer. Habits such as smoking, heavy alcohol intake, consumption of processed meats and physical inactivity have been shown to contribute to colorectal cancer development over time.

The slow development of this cancer means that it is rarely detected in young people. Those between 65 and 75 years of age most affected.

Alarmingly, however, there has been a recent small surge of cases and mortality in individuals between 20 and 49 years old. This trend might be related the sedentary lifestyle and poorly balanced diet of many Americans during the past several decades.

The good news for all of us is that improvements in screening and detection have allowed for both prevention and better management in cases of colorectal cancer.

If a benign polyp is detected during a colonoscopy, surgical removal during the procedure often is successful, but it depends on the size of the tumor and its developmental stage.

A malignant colorectal polyp is not a death sentence in 2020. Physicians now have advanced knowledge about how best to treat each patient based on a wealth of genetic data gathered over decades using hundreds of thousands of patient samples. The transition of the field from using strictly kinetic poison chemotherapy regimens to the inclusion of biologics tailored and directed at specific factors driving the cancer has greatly improved patient survival and quality of life.

For people like my aunt, this is great news. As an early-career researcher focusing my research on anticancer pharmacology, I am keenly interested to see our understanding of the disease progress and what the future holds for patients.

Giving good old aspirin a new look: Over several decades, researchers have investigated the anticancer effects of many medications not traditionally used as cancer therapies. In a 2018 paper in the Journal of Lipid Research, researchers in Germany wrote about their investigations into the lipid profiles of healthy colon tissue from individuals without or with aspirin and/or statin treatment. They suggested that their findings support the hypothesis that such agents can inhibit the tumorigenesis of colorectal cancer by modifying lipid levels in the intestinal tissue. Read their paper.

How butyrate remodels cancer cell metabolism: For a study published in the journal Molecular & Cellular Proteomics, researchers sought to understand how the short-chain fatty acid butyrate might disrupt normal metabolism of colorectal cancer cells and prevent proliferation. In a combined study of metabolic profiling and quantitative proteomics, they determined that butyrate binds to and activates the metabolic regulator pyruvate kinase M2, suppressing cancer cell proliferation and survival. Read more about their methods.

Targeting ChREBP: This past summer, researchers in China published a paper in the Journal of Biological Chemistry about the targeted degradation of a specific protein that promotes aerobic glycolysis and proliferation in colorectal cancer cells. This protein, ChREBP, is a transcription factor that has various roles in regulating glucose and lipid metabolism and has been implicated in cancer progression. Researchers identified a ubiquitin E3 ligase responsible for ChREBP turnover. Read the paper here.

Doubling up for stronger therapy: Researchers sought to better understand the molecular effects of targeted treatment on colorectal cancer cells with a common mutation to the oncogene BRAF. Secondary mutations, such as to the epidermal growth factor receptor, can confer resistance to BRAF inhibition — one reason that combined EGFR and BRAF inhibition works so well. By combining multiple omics approaches, the researchers provide a comprehensive overview of the ways mutated cells can alter proliferation and energy sources to defend against therapy. Their findings may give insight into potential combination therapies. Read more about their work in MCP.