Looking at scientific data from different angles can broaden our understanding of a topic and sometimes opens new avenues for research. One example is a recent discovery about the mistrafficking of PMP22 protein in Charcot–Marie–Tooth, or CMT, disease, an inherited neuromuscular disorder that damages the peripheral nerves in arms and legs. 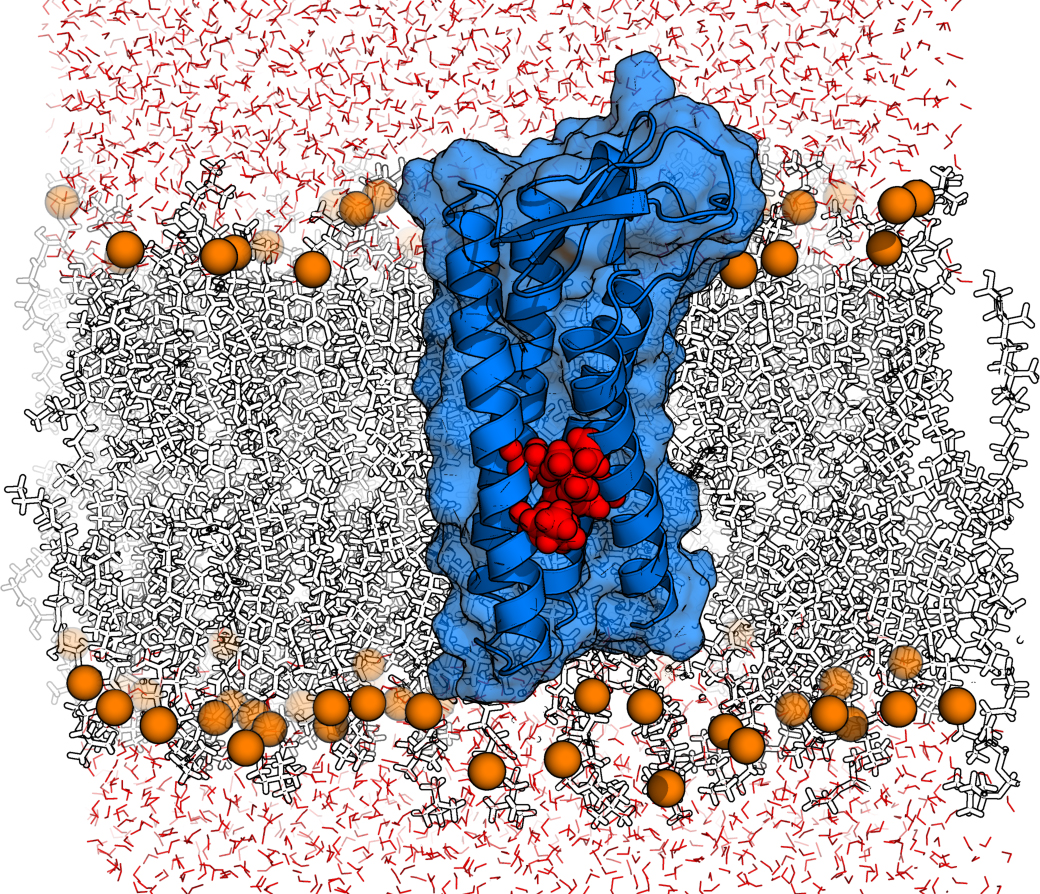 Courtesy of the Sanders lab
This snapshot from a molecular dynamics simulation of PMP22 in a phosphatidylcholine bilayer shows the small extracellular domain of the protein oriented at the top. The red side chains deep within PMP22 (blue) indicate a cluster of sites associated with mutations causing severe forms of Charcot–Marie–Tooth disease. The orange balls indicate lipid head group phosphorus atoms, and the small red molecules are water.

First diagnosed in the 1800s by French physician Jean Charcot, his student Pierre Marie and British neurologist Howard Tooth, CMT belongs to the cadre of diseases caused by membrane protein misfolding and affects about 150,000 people in the U.S. The type 1A phenotype, or CMT1A, is caused by an extra copy of the PMP22 gene, encoding the peripheral myelin protein 22, an integral membrane glycoprotein expressed in the myelin sheath. This leads to increased production of the protein, which triggers dysmyelination. In rodent and patient-derived cell models of CMT1A phenotype, researchers have found PMP22 aggregates that are likely cytotoxic.

Proteins expressed in a cell pass through the endoplasmic reticulum quality control system, whereby hopelessly misfolded proteins are routed to degradation pathways. Accumulation of PMP22 aggregates suggests this process is compromised in CMT. Charles Sanders' group at Vanderbilt University sought to understand the quantitative correlation between the expression and membrane trafficking of PMP22. They found that increased intracellular expression of PMP22 leads to mistrafficking of the protein, increasing the ratios of intracellularly trapped misfolded protein relative to the cell surface-localized form, which might explain the CMT1A phenotype. Their findings were published in the Journal of Biological Chemistry.

Sanders, a biophysicist, became interested in human membrane protein misfolding and related diseases as an assistant professor struggling with a misfolding-prone bacterial protein. "To launch into this area, I wanted to look at a protein and disease that had not been studied before," he said. "PMP22 is a small but complex protein with only 160 amino acid residues that span the membrane four times. It was an attractive candidate to study from both practical and disease perspectives." 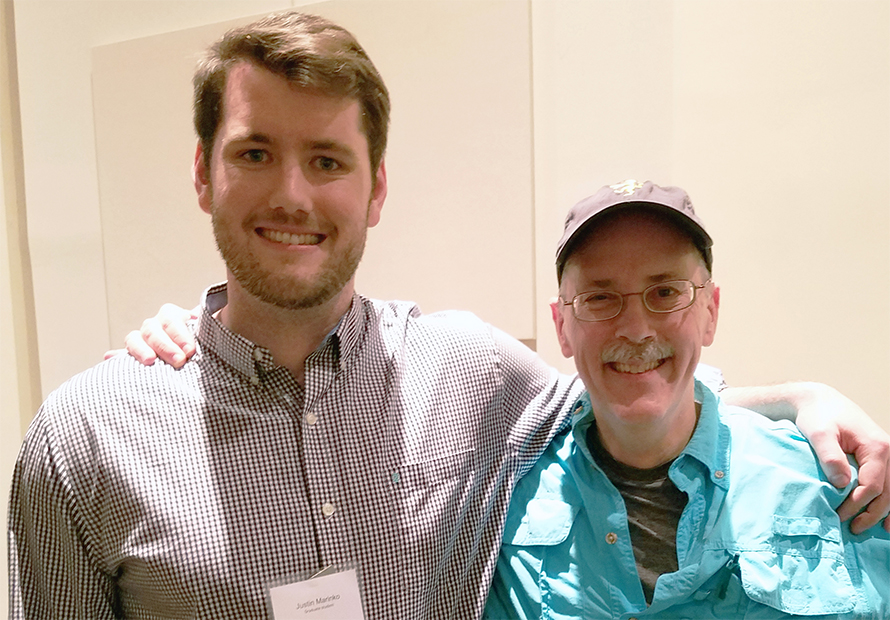 The researchers deduced their results using a single method, a single-cell flow cytometry trafficking assay. They transfected c-Myc-tagged wild-type or disease mutant variants of PMP22 into cell models and analyzed them using this technique. For each of thousands of cells, they quantitatively analyzed the surface membrane levels and intracellular levels of PMP22, allowing them to correlate the single-cell amounts of both correctly surface-trafficked and misfolded PMP22 with the total cellular level. This assay was developed by Ph.D. student Justin Marinko, extending earlier work by Sanders' postdoc Jonathan Schlebach, now on the faculty at Indiana University.

"One real hurdle for me was to work with mammalian cell lines," said Sanders, who had little experience in cell biology. But Schlebach and Marinko developed this line of research almost unassisted. "Having brave people in the lab and letting them do what they wanted to do was exactly what was needed for this project."

The findings in the new JBC paper resulted from reanalyzing previously acquired data from a different angle. "When labs were shut down due to the COVID pandemic, my students were looking for things to do from home," Sanders said. "So, I suggested Justin reanalyze the flow cytometry data in single-cell terms."

Going forward, in collaboration with co-author Bruce Carter, Sanders plans to test his hypothesis in human Schwann cells, the cells in which PMP22 misfolds in CMT disease. "We are also looking into understanding the molecular gatekeepers in the secretory pathway that control the trafficking of PMP22," he said.