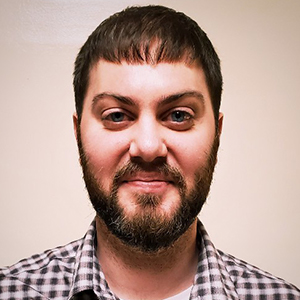 A combined strategy to fight cancer growth. Polymorphisms dictate prion pathogenesis. An oxidative switch of chaperone activity. Read about papers on these topics published recently in the Journal of Biological Chemistry.

Acetylated polyamines such as N8-actylspermidine, or N8-AcSpd, generally are considered excretory metabolites, as the additional positive charge facilitates membrane transport. Extracellular concentrations of N8-AcSpd can be particularly high in the intestinal lumen as a result of dietary intake and production by microbiota. 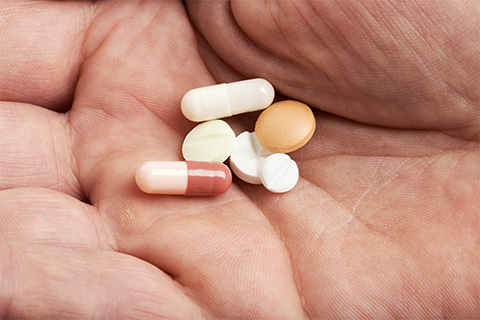 However, polyamines also can be taken up by cells and are known to support tumor growth in conditions where polyamines are limited, such as in certain cancers. Researchers have found that alpha-difluromethylornithine, or DFMO, an inhibitor of polyamine biosynthesis, can inhibit tumor cell growth, but compensatory uptake of polyamines like N8-AcSpd has limited its clinical success.

Recently, Tracy Murray Stewart and a team from John Hopkins University and Heidelberg University in Germany collaborated to investigate the role of histone deacetylase 10, or HDAC10, in this process. Cytosolic HDAC10 has been shown to have roles in various cellular processes, including autophagy and DNA repair; it specifically deacetylates N8-AcSpd, forming the polyamine spermidine.

The results of this work, published in the Journal of Biological Chemistry, showed that CRISPR-mediated deletion of HDAC10 prevented the rescue of DFMO-inhibited growth upon exogenous N8-AcSpd treatment. In addition, the authors describe an inexpensive, high-throughput assay that could be used to select potential HDAC10 small molecule inhibitors.

These results suggest that HDAC10 inhibitors, in combination with polyamine synthesis inhibitors such as DFMO, may represent an effective combination therapy for cancer treatment.

An oxidative switch of chaperone activity

Oxidative stress can cause damage to proteins that promotes their misfolding and aggregation. The accumulation of these misfolded and aggregated proteins contributes to the pathogenesis of multiple neurodegenerative diseases, including Alzheimer’s disease, Parkinson’s disease and Huntington’s disease. To prevent this aggregation, members of the ubiquitous protein chaperone family Hsp70 (such as yeast Ssa1) often can facilitate proper refolding of proteins.

In a recent study published in the Journal of Biological Chemistry, Alec Santiago and Kevin Morano at the University of Texas Health Science Center at Houston showed that the reduced state of two cysteine residues, C264 and C303, in Ssa1 is important for the ability of this chaperone to maintain proteostasis in oxidative conditions. Using cysteine-to-alanine nullification and cysteine-to-aspartic acid oxidomimetic mutants, the authors demonstrated that these residues act as sensors of the environmental redox state; when oxidized, Ssa1 possessed diminished ATP binding, hydrolysis and protein folding capacity. In addition, mutated Ssa1 failed to bind and repress the main transcription factor of the heat shock response, Hsf1, leading to its constitutive activity.

Taken together, these findings support a model by which two cysteine residues in an Hsp70 chaperone protein are subject to oxidative modification, which simultaneously negatively affects proteostasis and promotes a cytoprotective stress response pathway.

Transmissible spongiform encephalopathies, such as Creutzfeldt–Jakob syndrome, fatal familial insomnia and kuru are caused by propagation of misfolding of the human prion protein, or huPrP. The normal conformation, huPrPC, is characterized by numerous alpha helices, while the pathogenic conformation, huPrPSc, contains significantly more beta sheets. Methionine or valine polymorphisms at huPrP residue 129 are associated with the pathogenic phenotype and disease progression, although researchers do not yet understand the specific contributions of these residues.

In a recent study in the Journal of Biological Chemistry, Thomas Pauly and Najoua Bolakhrif of Heinrich-Heine-Universität Düsseldorf in Germany and a team of researchers used a number of techniques including amyloid formation kinetics assays, circular dichroism spectroscopy, molecular dynamics simulations and sedimentation velocity analysis to investigate the roles of M129 and V129 variants on overall huPrP structure. These authors found that the M129 variant displays less secondary structure and higher resistance to thermal denaturation than the V129 variant, as well as reduced distance between E196 and R156, allowing the formation of a salt bridge. Furthermore, deletion of the N-terminal half reduced the differences between these variants, highlighting the role of the flexible N-terminal domain in prion protein structure.

These results advance our knowledge of the pathogenic conformation of huPrP and provide insights into the pathomechanisms of prion diseases in general.