People strolling through the garden of a luxury mall in Dallas between May and October this year may have been surprised to encounter a party of lifesize, bright orange statues of living women in science on its lawn.

The statues were 3D printed representations of the 125 ambassadors of the IF/THEN project, sponsored by Texas philanthropist and business owner Lyda Hill in partnership with the American Association for the Advancement of Science, 500 Women in STEM and other groups.

IF/THEN aims to increase representation of women in the sciences, technology, engineering and medicine. Two of the statues honor IF/THEN ambassadors who also are members of the American Society for Biochemistry and Molecular Biology: Joyonna Gamble–George and Sylvie Garneau–Tsodikova. 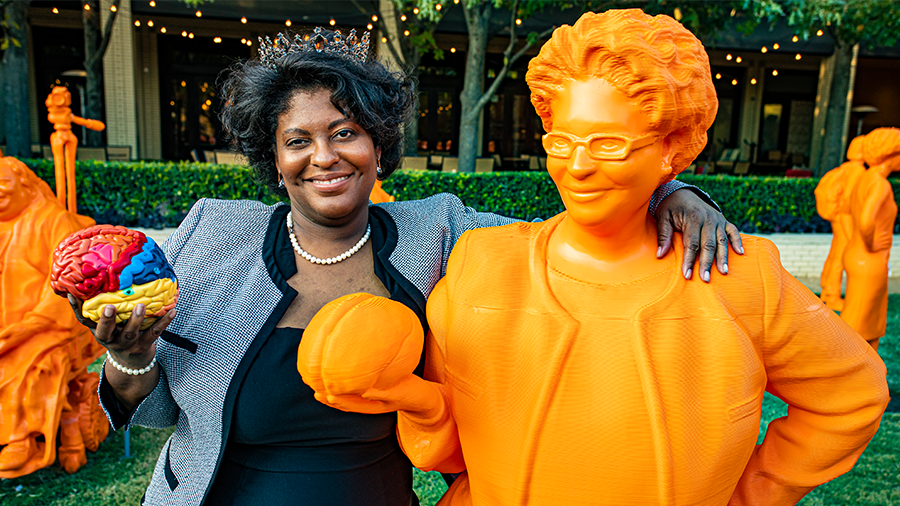 IF/THEN Collection
Joyonna Gamble–George was a premed biochemistry major at Xavier University of Louisiana, earned a master's in health administration from the University of South Florida and then earned her Ph.D. in neuroscience at Vanderbilt University. She's now a postdoc at New York University. 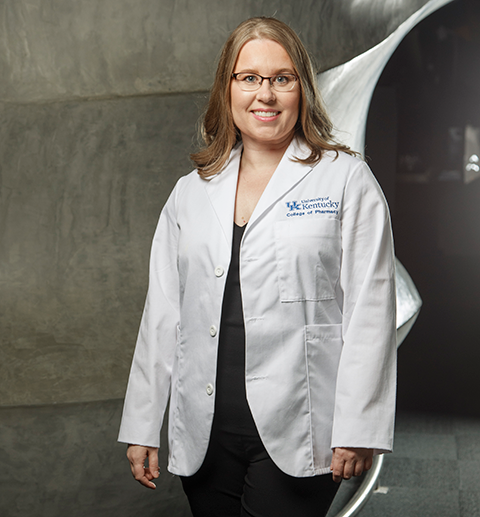 She has been at NYU since 2020, studying behavioral health, and recently published on how the pandemic has affected drinking behavior among New Yorkers. Gamble–George also is the co-founder and chief scientific officer of a Florida-based biotechnology company developing wearable technologies that aim to use artificial intelligence to predict events such as heart attacks before they occur.

Garneau–Tsodikova is a professor of pharmaceutical sciences and assistant vice president for research at the University of Kentucky. Her lab studies the biosynthesis of polyketides and other nonribosomal peptides, which can be used as anticancer and antibacterial agents. She also is interested in developing new antimicrobial agents that can overcome resistance in bacteria and fungi.

You can take a virtual tour of the IF/THEN exhibit here.